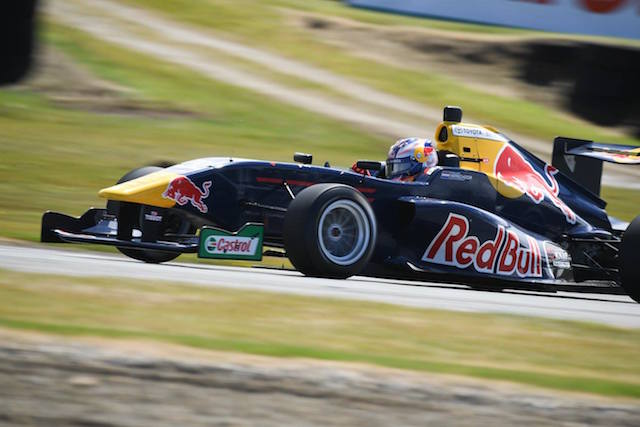 Red Bull Junior Richard Verschoor has further extended his Toyota Racing Series advantage with a dominant second win of the weekend at Teretonga.

His closest rival Thomas Randle grabbed the lead from polesitting local Brendon Leitch at the start, but went off under pressure from Verschoor on lap seven, falling to fourth.

Verschoor was being followed closely at this point by Ferdinand Habsburg, but the Austrian soon also?hit trouble and dropped to the back.

From there, Verschoor cruised to victory, opening up a 10.9-second margin over second-placed Jehan Daruvala over the remainder of the 20-lap race.

The Dutch teenager’s advantage over Randle, who recovered to third in the race,?now sits at 58 points.

Leitch, whose car required a heavy repair job from his Victory Motor Racing team after a race two crash, fell back to seventh in the end behind Pedro Piquet and Kami Laliberte.

Enaam Ahmed got ahead of Taylor Cockerton for eighth on the final lap, with Christian Hahn scoring another top-10 finish in 10th.