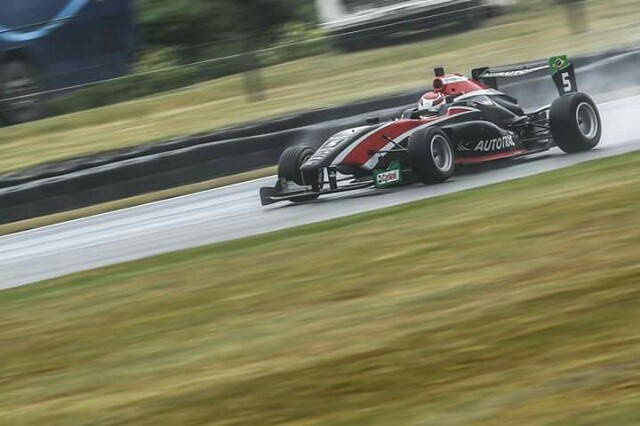 Piquet got the lead from second on the reverse grid, while polesitter Ferdinand Habsburg went off at the first corner along with Brendon Leitch and Enaam Ahmed, who had started third and fifth on the grid respectively.

That caused the first red flag, with the second triggered when Kory Enders crashed out on lap seven of 15.

After the final restart, Piquet, Richard Verschoor and Thomas Randle ran in close formation on a drying track, taking it in turns to post the fastest lap and finishing up within 1.075 seconds, with Piquet 0.65s ahead of points leader Verschoor.

Ferrari recruit Marcus Armstrong gained ground at the start from 11th on the grid to finish fourth, in front of Taylor Cockerton, Kami Laliberte, Jehan Daruvala and Keyvan Andres.

Christian Hahn and Luis Leeds rounded out the top 10.