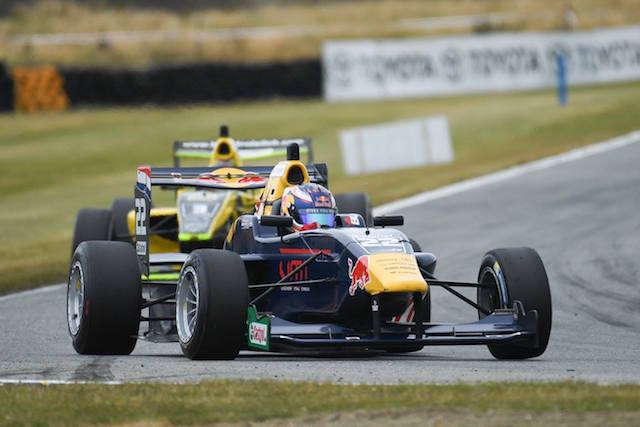 Richard Verschoor has picked up his first Toyota Racing Series win and with it has the points lead back after Thomas Randle was stripped of race one victory at Teretonga due to a jump start.

Randle led the race from pole position to chequered flag, but was later handed a 10-second penalty after being judged to have jumped the start, which relegated him to seventh place.

?Richard got a better start than me so I can?t see how I jumped the start,? said Randle.

Randle had provisionally taken the standings?lead away from Verschoor with his win, but the Dutch Red Bull Junior now has a 36-point advantage.

Teretonga local Brendon Leitch was also investigated for a jump start, but escaped punishment and inherited second despite admitting that?”the car crept a little bit” before the start, adding: ?The clutch was getting pretty hot. But I was still in the start box when the lights went green.”

Jehan Daruvala and Harry Hayek also got jump-start penalties, relegating them from seventh and 10th to ninth and 13th respectively.