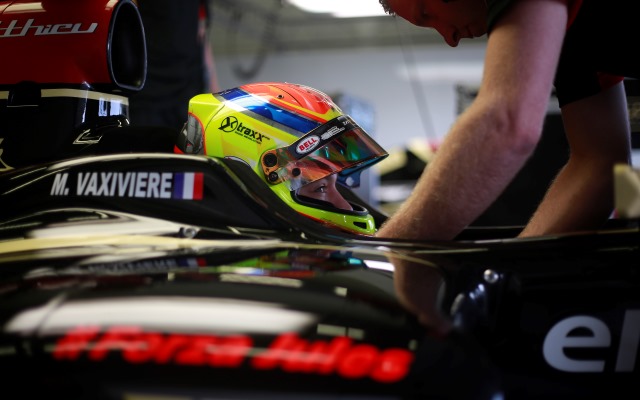 Matthieu Vaxiviere again topped the times on the final afternoon of the Formula Renault 3.5 post-season test at Jerez, ahead of rookie Nyck de Vries.

Lotus driver Vaxiviere took the lead of the session inside the final hour, and improved again on his final lap to head the session by 0.920 seconds. He was nine tenths of a second off his morning benchmark, though.

FR2.0 Eurocup and Alps champion de Vries finished his first FR3.5 test with DAMS with second place, ahead of Pons contracted Oscar Tunjo. Another FR2.0 driver was fourth in the form of Russian Egor Orudzhev, who had switched from Fortec to Arden for day two.

Dean Stoneman was fifth in the second Pons car, while ISR’s pair of FR2.0 graduates Gustav Malja and Andrea Pizzitola both finished their week inside in the top eight, sandwiching Fortec tester Luca Ghiotto.

Richard Gonda led much of the afternoon for Tech 1 but slipped to ninth in the end, with Jazeman Jaafar completing the top ten for Fortec.

UPDATE: de Vries had lap times deleted at the end of the day for his car being overweight. This dropped him to tenth in the final classification.