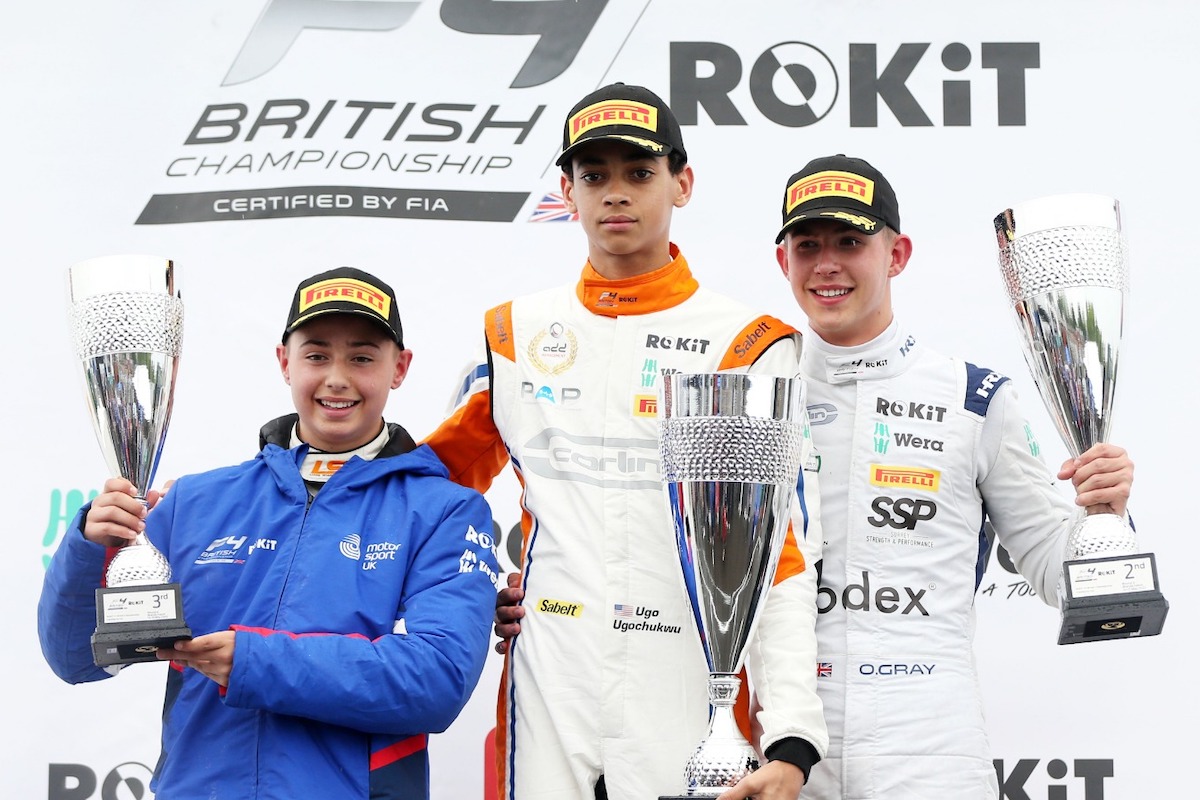 The McLaren junior driver managed a drying track in the first half of the race, only for rain at the mid-point to reset track conditions.

He put in a faultless drive and was almost five seconds clear of Ollie Gray in second when the red flag was brought out.

Gray and Ugochukwu surged past a slow starting Alex Dunne off the line. They hadn’t been able to pull out much of a gap when the safety car was brought out for a stranded car further down the order.

A wide moment for Gray after the restart allowed Ugochukwu to come through to the race lead. He would be unchallenged for the remainder of the 20 minute encounter.

Gray stayed within touching distance of Ugochukwu until the closing stages of the race, when a mistake at Paddock Hill Bend cost him a considerable amount of time. Contact with Dunne sent him wide a third time, but he managed to retain second position and had a comfortable gap to Louis Sharp in P3 when the red flag was brought out with less than two minutes on the clock after Noah Lisle went into the gravel.

The race had been declared wet so the field was forced to start on wet tyres, but Eduardo Coseteng took the gamble and came into the pits early on for slick tyres. The decision paid off in the first half of the race and he had made considerable progress up through the order. He was running fourth when rain started again with 10 minutes remaining.

The wet track meant Coseteng didn’t have nearly as much pace as he had before and he plummeted down the order before the early end to the race.

Coseteng wasn’t the only one to run into problems.

Dunne had been lapped when he made contact with Gray. The early championship leader had suffered a spin early in the race, catching out a number of cars behind. He was able to continue, but had damage to his front wing which forced him to come into the pit and emerge a lap down.

Daniel Guinchard was promoted to P4 and was the second placed rookie ahead of Oliver Stewart in P5.

Joel Pearson won the tight battle for sixth ahead of Aiden Neate and Michael Shin.

After a wide moment early on Joseph Loake picked up ninth while Edward Pearson completed the top 10.