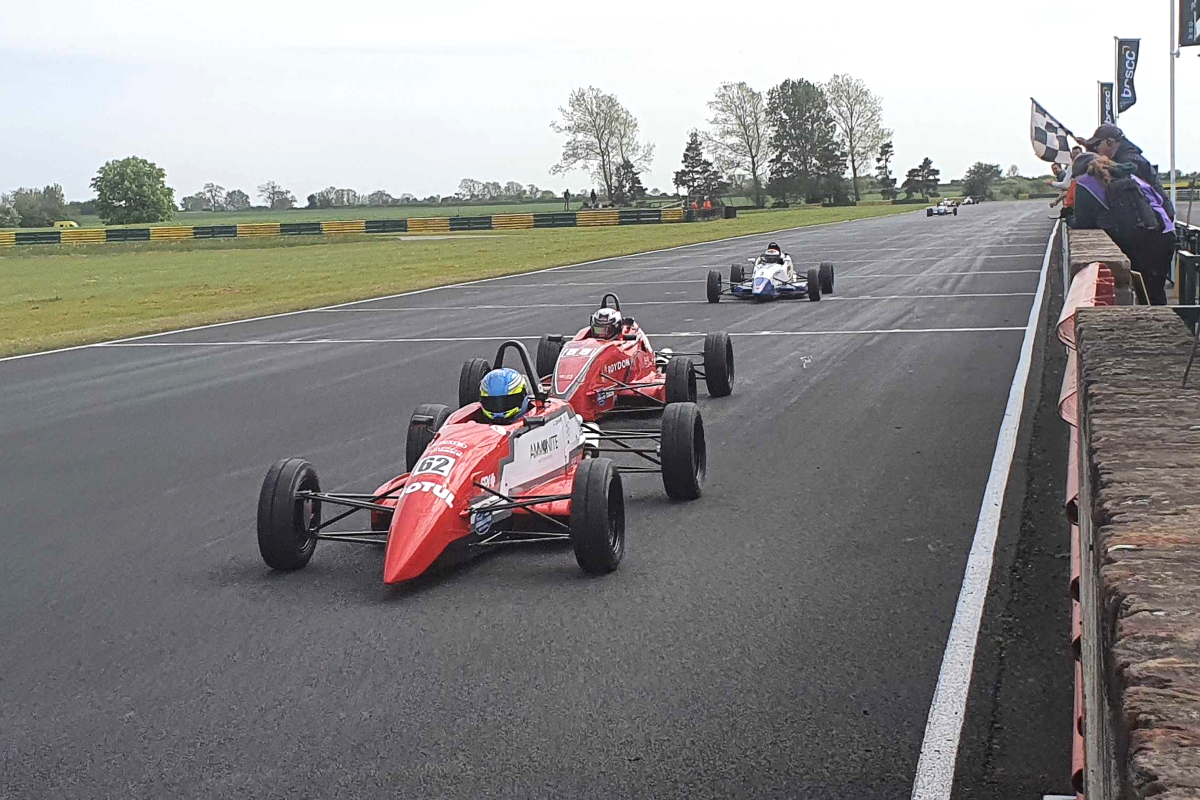 The pair had started sixth and second respectively on the reversed grid, with Team Dolan’s Ben Cochran in the pole spot.

Sharp took over at the front at the start of the second lap, going to Cochran’s right down the pit straight while Queen went to his left having already climbed to third place. Queen couldn’t make his move, and almost rear-ended Cochran on the straight to Tower Bend. He got his front wheels alongside Cochran at the exit, as his Dolan team-mate Morgan Quinn started to get involved, and Kevin Mills Racing’s Jordan Dempsey watched on from behind.

The train of cars from second to fifth were briefly gapped by Sharp, but they reeled him back in and Queen and then Quinn passed Cochran.

Dempsey got by both Dolan driverdsin successive laps to escape pressure from Ammonite Motorsport’s Andre Lafond, but by that point Queen was already up the road hounding Sharp.

For the last three laps he was all over the leader’s gearbox, and on the final tour he “made Jamie defend into Tower, forced him to get a slow exit then was on his rear all the way down the back straight”. At Sunny In, Queen “dumped it as hard as I could on the brakes” and passed Sharp down the inside, then defended through the final corners to win.

In clean air Dempsey had been able to set fastest lap and close in on the top two, in the end finishing just 0.605 seconds behind in third.

Quinn ended up a lonely fourth, while Oldfield Motorsport’s Lucas Romanek battled past his team-mate Brandon McCaughan and then Lafond around the outside of Tower to finish fifth.

Ammonite’s other cars showed strong pace, but Shawn Rashid dropped a wheel off track and then several places but still finished eighth after B-M Racing’s Megan Gilkes missed a gearshift on the last lap, and Brindley Kinch had to retire with overheating issues.

Cochran outbraked himself and dropped further down the order, and was compounded to finish last.

Michael Gray extended his Scottish FFord lead by holding off Graham Brunton Racing team-mate Lucas Blakeley for 11th place, with the pair the top two registered for points in the championship.