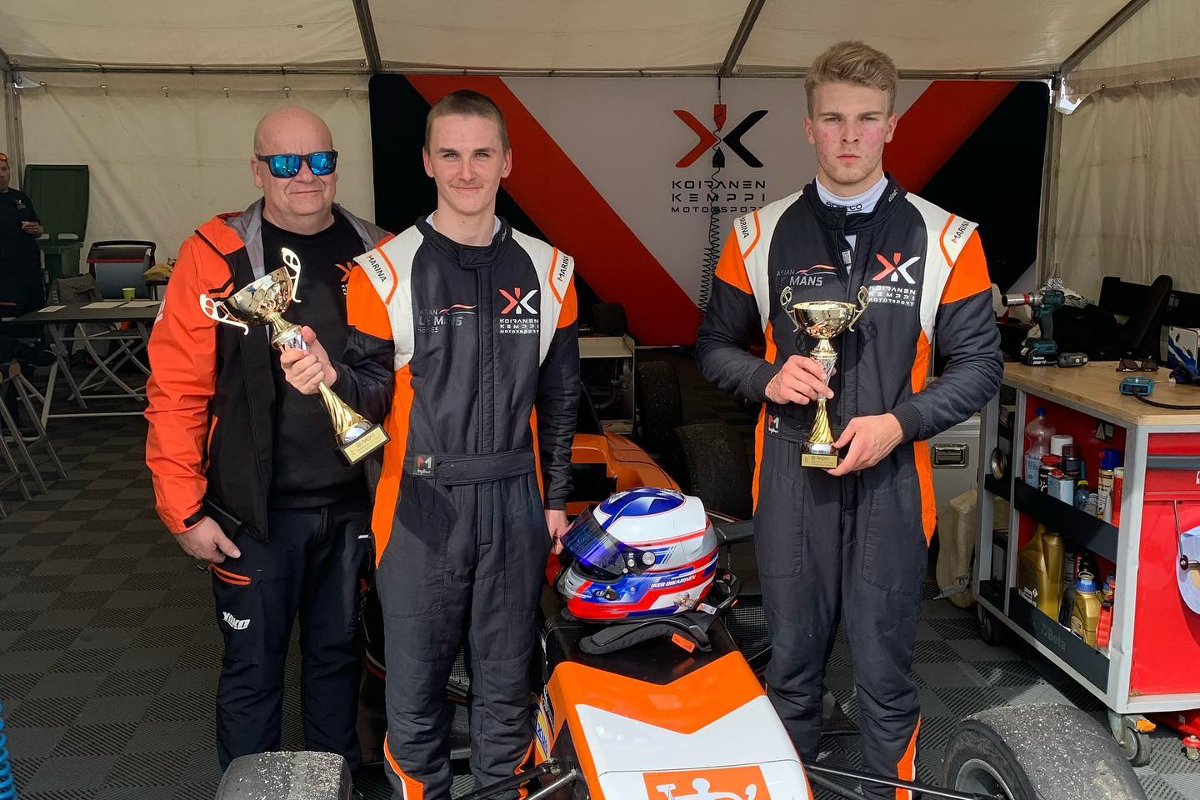 Formula Academy Finland, the nation’s first-generation Formula 4 championship, began this weekend at Kemora and it was Leevi Vappula who took the points lead.

As in 2021, the small grid was combined with three cars from the Formula 3-led Formula Open Finland series for its races, and it was the F3 cars that led the way in qualifying courtesy of reigning FAcademy Finland champion Jussi Kuivakangas.

Kuivakangas stalled and fellow front row man Rasmus Karenmaa was slow off the line too, meaning Oikarinen had to take avoiding action as he launched away. Vappula streaked past but the greater speed of the F3 cars meant Karenmaa was ahead into the first braking zone and Kuivakangas locked up to stay in third ahead of Oikarinen.

After a few laps Vappula was demoted to third, with Karenmaa way out up front. Vappula’s gap over Oikarinen had grown to over four seconds by the middle of the race, and he moved up to second overall when Karenmaa retired.

Kuivakangas’s car then ground to a halt on the penultimate lap, making Vappula overall victor by 1.769s from the chasing Oikarinen.

Fastest lap put Alexi Jalava on F4 pole for race two, but he stalled and Vappula directly behind squirmed through at the start to be the top car in class. Jalava recovered one spot from Oikarinen at turn one, and the trio went three-wide as the F3 pair raced away.

Vappula held on to the lead but had Jalava in his mirrors for several laps until he dived down the inside of the banked turn six hairpin. Oikarinen was just behind, but the order then went unchanged and oonas Jaaskelainen got put a lap down by FOpen winner Kuivakangas.

Another fastest lap put Jalava on F4 pole again for race three ahead of Vappula, with Oikarinen and Jaaskelainen at the back of the seven-car grid. Vappula had to avoid a stalling Karenmaa ahead of him but emerged second overall and with the FAcademy lead at turn one.

Oikarinen managed to get past Jalava before the end of the lap and chased Vappula, but it never looked like a move for the lead was on until lap five when he surprised Vappula by going around his outside at turn six.

Jalava almost immediately then put Vappula under pressure, which gave Oikarinen a bit of breathing room, and the recovering Karenmaa coming through helped Oikarinen too. After a few laps the top three were all in line again though, and Oikarinen had his mirrors until the end but held on to win.