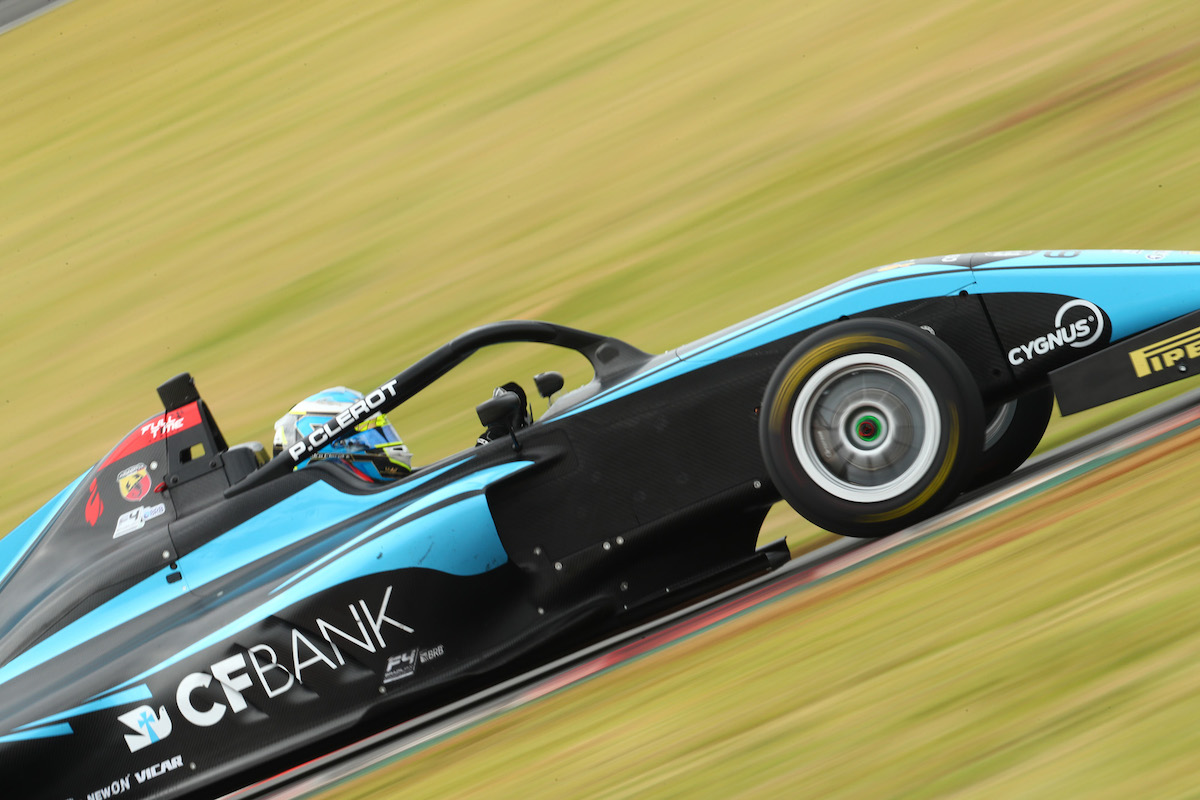 Pedro Clerot won two of the three races as the first ever Brazilian Formula 4 round took place at the Autodromo Velo Citta with a 15-car field.

Clerot, who has already been racing the Tatuus T-421 in the Italian championship this year, wrote his name in the record books as the first winner in a national single-seater championship in Brazil for five years.

The Full Time Sports driver claimed the first available pole position and won race one from lights-to-flag, scoring the fastest lap in the process. He repeated the feat in race three thanks to an early move on pole-sitter Lucas Staico. The win in the reversed-grid race two was taken by Ricardo Gracia.

Due to safety concerns with the late arrival of the new cars and the fact most of the drivers were new to single-seaters, organisers ruled that all three races should start under safety car.

Once the lights went green, there were close fights for position all through the field. Behind the dominant Clerot, Nicholas Monteiro set the pace to finish race one in second, ahead of Nicolas Giaffone, who had passed his cousin Fernando ‘Fefo’ Barrichello early in the race.

Barrichello, the younger son of Formula 1 winner Rubens, crossed the line fourth with Victor Backes completing the top five after a late-race move on his KTF teammate Richard Annunziata. Gracia recovered from an early race pit-stop to repair his front wing and climbed back from last to seventh.

The reversed grid for race put Felipe Barrichello Bartz – nephew of Rubens – on pole position with Gracia alongside him. A first-lap pass moved Gracia up front, a position the Full Time Sports driver held until the chequered flag. He won with over 11s margin to Barrichello Bartz, who was joined on the podium by cousin Fernando who claimed third with a last-lap pass. Clerot managed to climb from eighth to fourth, adding to his championship lead with Staico rounding out the top five.

Sunday’s race three win for Clerot was decided by an early move on Staico, who finished second ahead of Gracia. Monteiro and Lucca Zucchini completed the top five.

The inaugural event drew a lot of attention, demonstrated by the presence of FIA South American Vice-President Fabiana Ecclestone and her husband, Bernie Ecclestone.