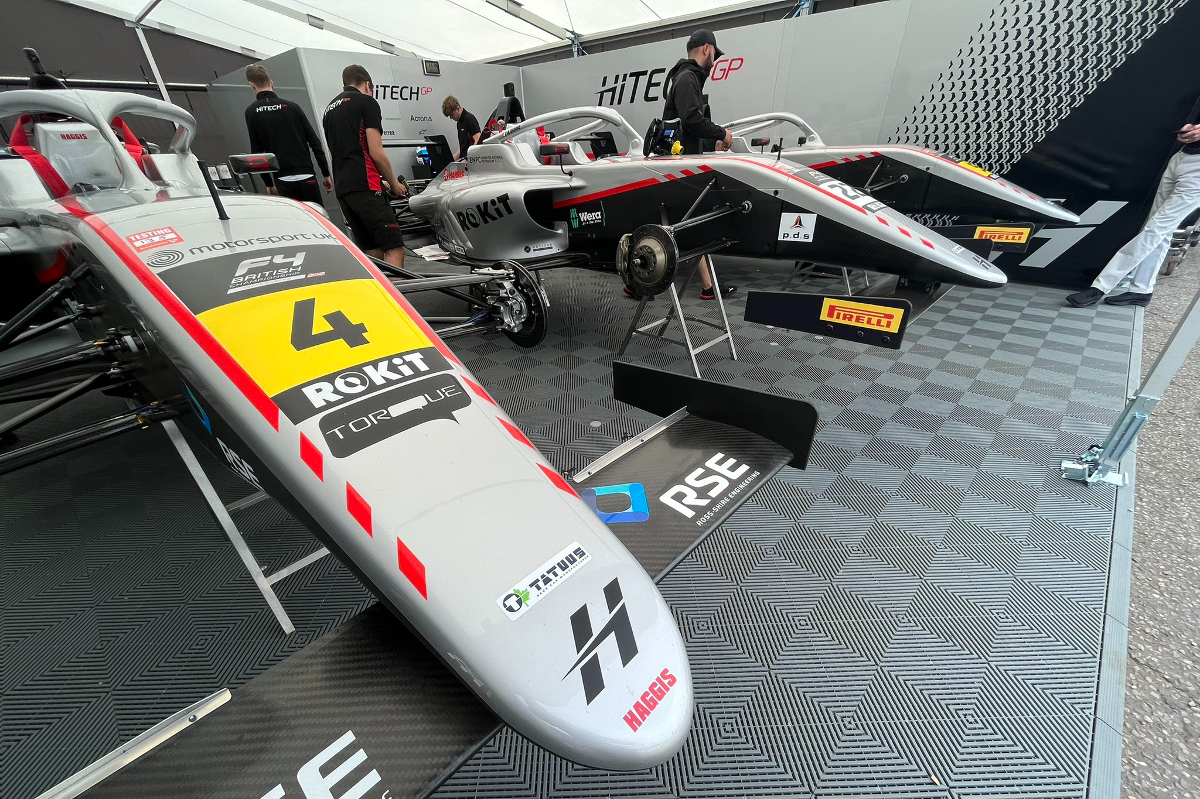 Monica Boulton Ramos and Deagen Fairclough have the chance to race in British F4 for free in 2023 after winning the ROKiT Racing Star contest.

A five-round Esports series on the RaceRoom software ran from February to April, with separate races for boys and girls. The scheme was in part masterminded by Bob Fernley, who was then the FIA Single-Seater Commission president.

The best eight drivers from the two seperate contests were invited to University of Bolton’s National Centre for Motorsport Engineering this weekend for in-person simulator-based action around Brands Hatch’s Grand Prix layout.

After Saturday’s running they were whittled down to two groups of eight, and Sunday consisted of qualifying and two 18-lap races for each group. The races used Formula 1’s points system, with the highest scorer winning the F4 prize.

The girls ran first, and Jess White claimed pole. GB4 racer Chloe Grant was 0.024 seconds behind, and karter Monica Boulton Ramos was 0.098s back. Grant though started fourth due to a penalty.

Ramos took the lead from White at Paddock Hill Bend on lap one, and Grant tried to demote her to third at Hawthorns but they collided and smashed into the barriers (although only with loss of position as damage was turned off).

Several other drivers went off on lap one, leaving Boulton Ramos with a 4.633-second lead over Macie Hitter. It was similar on lap three, with Hitter going off and White back up to second but almost 10s behind.

Grant reappeared in third and chased down White, passing her on lap six while Boulton Ramos’s lead stood at 13s. Three laps later Grant crashed and dropped to third again, then set fastest lap as she pursued White once more. But when she caught up she knocked the rear of White’s car at the apex of Westfield due to the speed differential between the two and both crashed.

The gaps were so large that the penalised pair still finished second and third, with Grant ahead.

Race one’s result set race two’s grid, and Grant pulled off a great move at Druids to take the lead on lap one. She pulled away, but felt the pressure when she was reeled back in and with two laps to go crashed at Hawthorns.

Ramos came through for another big win and claim the prize of six months of driver training from Motorsport UK (to gain the neccessary licences for F4), as well as the drive with the Hitech GP-run ‘ROKiT F4 Racing’ team. Grant gets a free karting championship seat as runner-up.

The boys’ races were less dramatic, with Fairclough edging Dylan Warren to pole. He converted that into race one victory, as Warren had an off that dropped him to fifth, recovered to attack Ronnie Smith before he sent him off at Hawthorns and dropped to fifth again before Smith was penalised. Theo Micouris finished second.