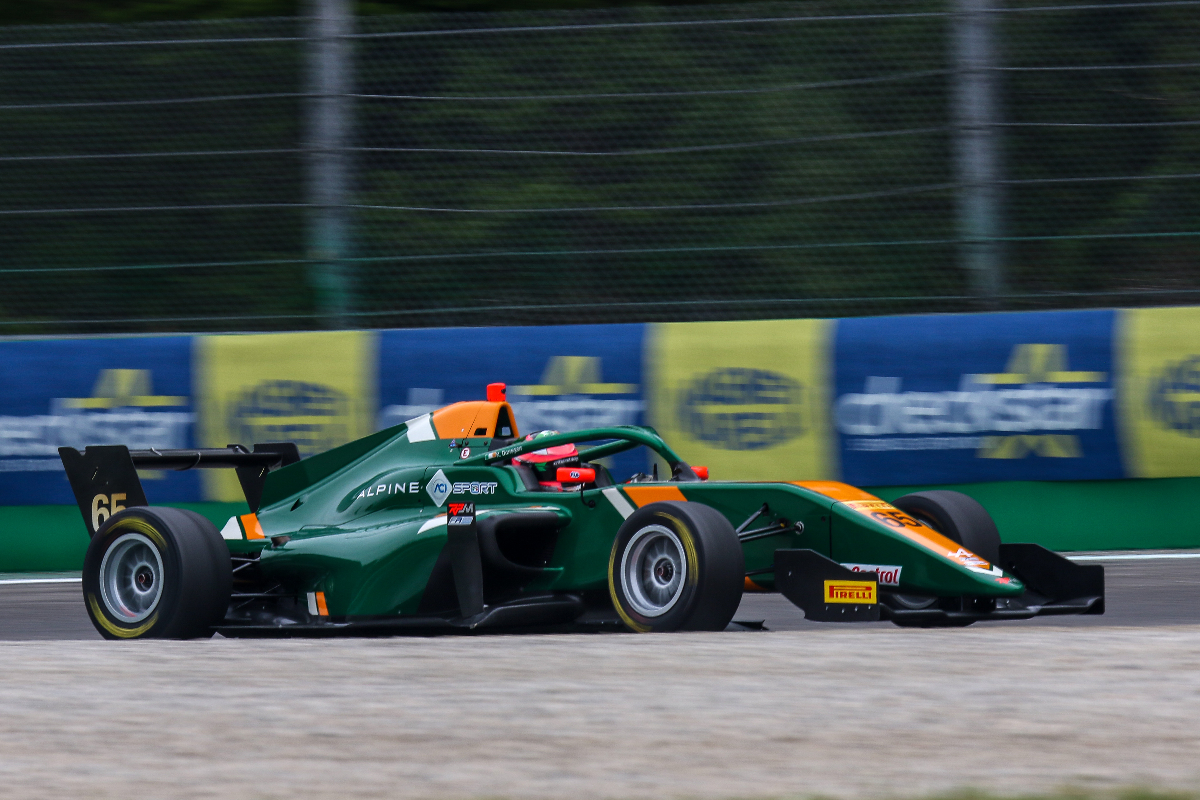 The first two Formula Regional European Championship rounds have been a tough baptism for Race Performance Motorsport, which was confirmed in Febrary as joining the series to replace DR Formula.

Team owner and former USF2000 racer Keith Donegan is one of R-P-M’s two drivers alongside FREC sophomore Pietro Delli Guanti, with each having a best result of 16th so far. R-P-M’s series entry was secured by having already signed a driver.

“At the minute, it’s still learning and struggling,” admitted Donegan.

Having already “retired twice”, and not raced for three-and-a-half years, Donegan says that the original intention had not been for him to drive: “Not initially, no. The intention was to just run the team, but we were very late organising everything, so we needed another driver”. So the 2017 Road to Indy Shootout winner and Formula Ford Festival runner-up stepped in.

“I wasn’t prepared and was very much over the weight limit. It would have been nice to be more prepared. I had no pre-season testing or anything. I didn’t know any tracks, didn’t know anything about the car until the first official test,” Donegan explained to Formula Scout during round two at Imola.

Roberto Cavallari, co-founder of the JD Motorsport team that left FREC as R-P-M arrived, joined for the Monza season opener to bolster the debuting outfit.

“Probably after Monaco, there’ll be a third [driver], so that’s good,” says Donegan. “I’m talking to two drivers at the minute – one has experience in this class and the other [doesn’t].”

Juju Noda has long been linked and tested with R-P-M already, but would have a schedule clash later where her rookie W Series season takes priority. Where a signature is also needed is R-P-M’s purchase of a new factory in Italy.

“Once that’s all sorted, we’ll be able to start renovating the factory and I want to put in a simulator and a driver training area,” Donegan says. No private testing means “you need to be on the simulator before each race as well”.

“Whoever we get in the car for next year, we need them physically up to speed as well. So that’s another aspect of the team that we’re working on.”

Donegan says the budget is in place for the planned investments, although with his family’s building supplies and plant hire business to take care of too, he is very busy.

“When I go home, on Sunday night, I’ll be up at 6am in the morning gone to work, I’ll have loads of meetings during the week, and then I’m always in contact with the guys in the team, what are we doing etc, what’s the plan for next week.”

He was attracted to FREC by its competitiveness, and the opportunity to compete against top teams.