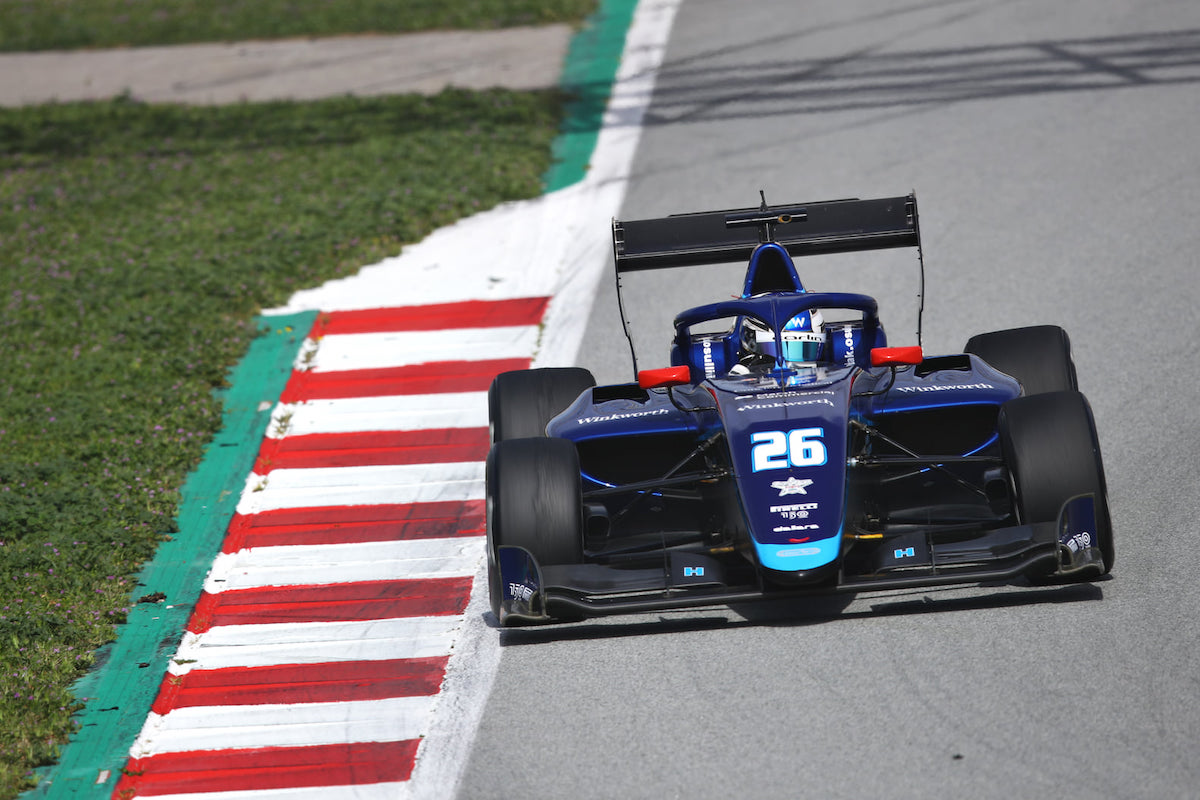 Trevor Carlin believes that Zak O’Sullivan has already shown that he can lead his team back towards the front of the FIA Formula 3 field in 2022.

Williams Formula 1 junior and Aston Martin Autosport BRDC Award winner O’Sullivan stepped up to F3 with Carlin after winning the GB3 title with the team in 2021. He started his debut race in Bahrain from reversed-grid pole and finished sixth, and went on to match that result in the Imola feature race.

Carlin believes O’Sullivan is “ready to run at the front” and is impressed with what he has seen so far.

“Zak’s been doing a brilliant job,” he told Formula Scout during last month’s in-season testing. “He qualified well in Bahrain and ran well. Apart from being fast, he is extremely intelligent, extremely knowledgeable and his feedback is superb.

“It was one of the things that attracted me to him. He’s done some simulator work with Williams and he’s really good at the technical stuff which is helping to drive the team forward.

“Zak is still very young, he’s only just turned 17. He’s already a champion. So, he’s got a bright future ahead of him.”

Carlin suffered a torrid year in FIA F3 in 2021, finishing last in the teams’ championship. The exact reasons, however, were not immediately obvious: “If I knew the answer, I could tell you,” Carlin said.

Though keen not to dwell on the past, Carlin recognises that “we’ve got to deliver. When I say deliver, we’ve got to improve from last year, which I think we’ve already done.”

He admits that “with the best will in the world we’re not going to fight for the championship this year” but says “if we can get into the top half of the team’s championship and get Zak in the top 10 in the points then I think we would have done a good job.”

“Our single lap pace is OK but we were lacking a little bit of pace in the race,” Carlin added, although the team’s planned programme to improve over long runs was hindered by the weather during in-season testing in Jerez and Barcelona.

Asked by Williams who “would be worth looking at for F3″, Carlin recommended O’Sullivan “because a lot of drivers are already tied to Red Bull and Ferrari academies, but Zak was still independent and very worthy of being attached to an F1 team. And of course, I’d seen first-hand what Zak had done in GB3.”

With two inexperienced team-mates in Enzo Trulli and Brad Benavides, the onus is on O’Sullivan to lead the development of the car and achieve results.

“To be fair to him, he’s in a tricky situation. He’s sort of on his own, as a fast experienced race driver, and Enzo’s got a lot to learn. He’s only had a year of driving. And Brad has never done a full season with anything. So, they’re learning.

“But we saw some signs in Bahrain, where Enzo was really good on race pace, that the younger guys are starting to come through already and help the team.”