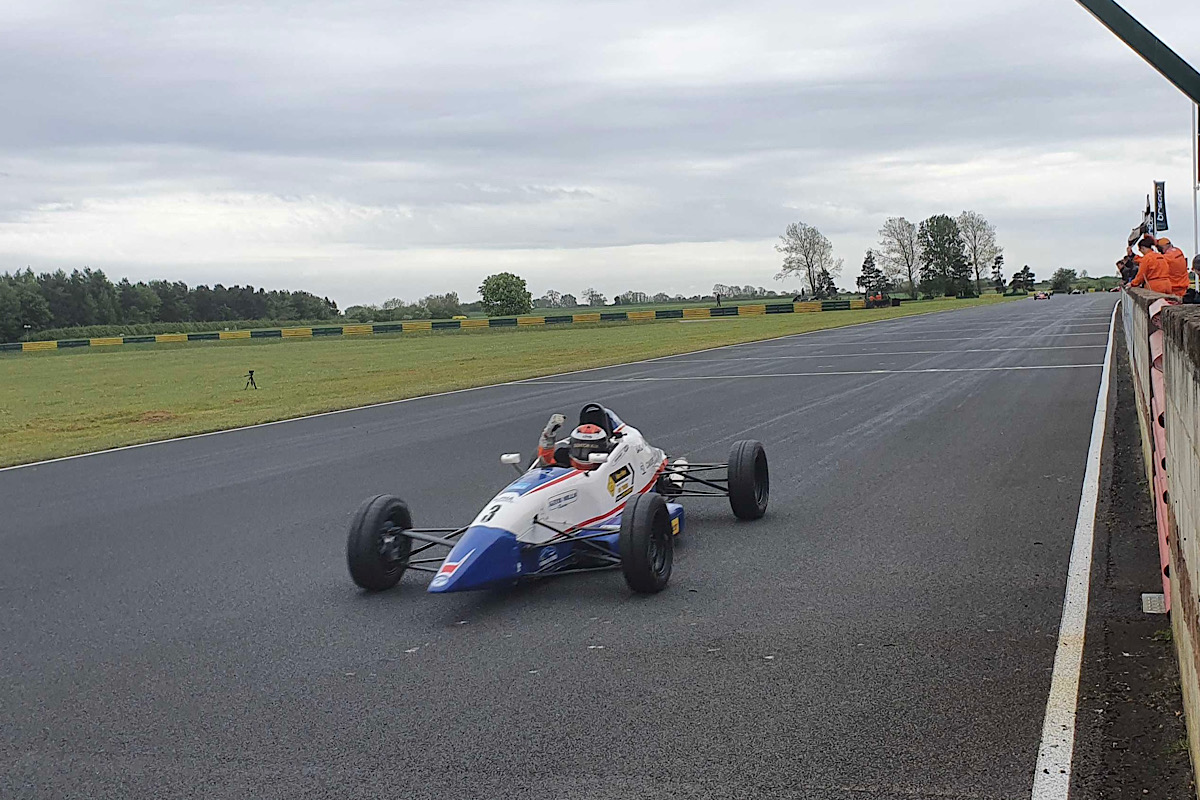 A crash between the top two handed Dempsey victory in race one and pole for race two, which he duly converted into a lights-to-flag win.

Ammonite Motorsport’s Colin Queen was his closest rival throughout, keeping Dempsey honest through the first half of the race but then losing a few car lengths’ to him in the second half which meant he couldn’t create an opportunity to go for the lead when the pair started to encounter lapped traffic.

This traffic all but secured Dempsey the win with two laps to go, as he we went from 1.5 seconds clear to having a lead of five seconds.

Behind the top two was a three-way fight between Andre Lafond (Ammonite), Morgan Quinn (Team Dolan) and Brandon McCaughan (Oldfield Motorsport). Lafond held on to third through the first seven of 11 laps, when McCaughan finally cleared Quinn for fourth. The next lap he then passed Lafond, who recovered third place next time by.

Quinn’s attempts to regain a spot were initially hampered by traffic, but he remained involved and finished a close fifth behind Lafond, who escaped ahead on the final lap, and McCaughan.

B-M Racing’s Jamie Sharp finished a remarkable sixth after having to start from the very back of the 30-car grid following his race one disqualification after colliding with Oldfield’s Lucas Romanek as they fought for the lead, and he made up 14 places on lap one. Another five places were gained on lap two, and he was eighth after lap three.

There was no catching the top five, but he was able to hunt down Dolan’s Ben Cochran to take sixth on lap 10. Romanek and B-M’s Megan Gilkes also started from the back due to their race one retirements, and finished 14th and 12th respectively.

There was a close battle throughout for the points-scoring Scottish FFord win at the bottom of the top 10, with Michael Gray leading home his rookie Graham Brunton Racing team-mate Lucas Blakeley.

The BRSCC Northern FF1600 win went to Nick Barnes in 17th place, with class rivals Alaric Gordon and Peter Daly crashing out in a racing incident after Daly went to pass Gordon around the outside of Clervaux and the latter snatched a brake and they made contact which sent them into the gravel.