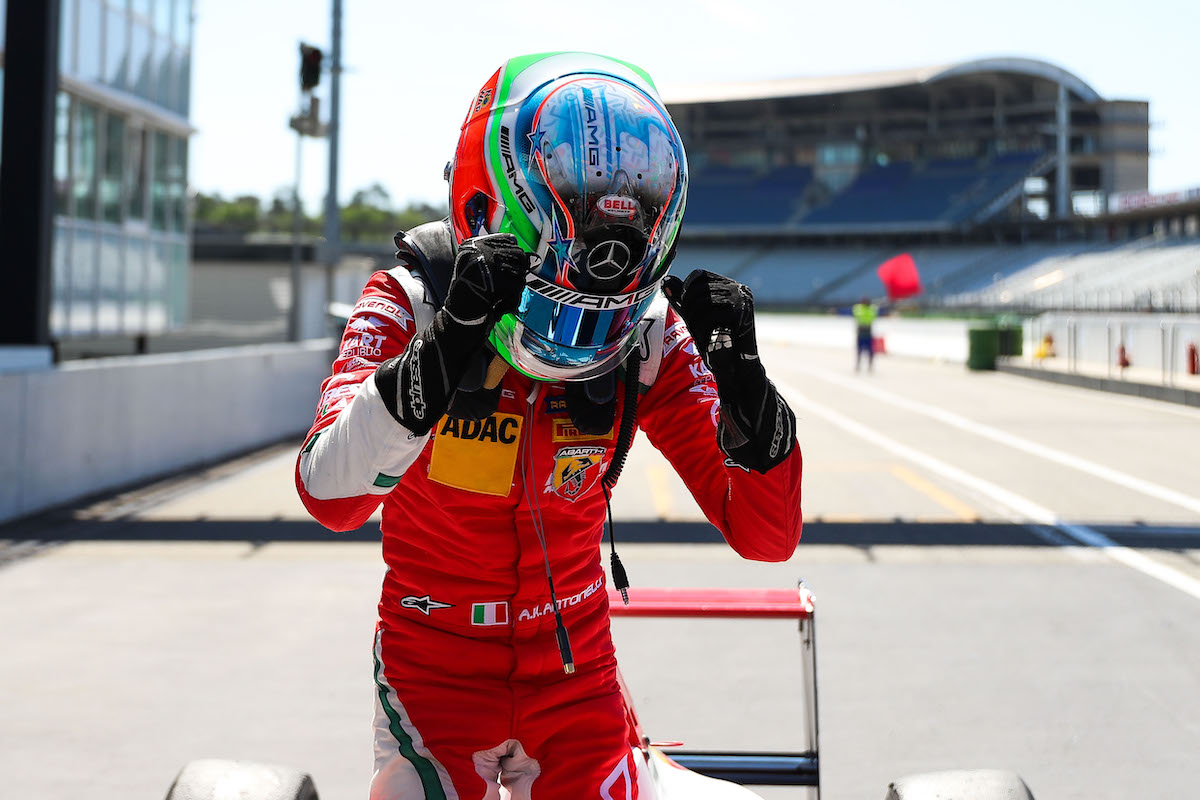 Andrea Kimi Antonelli completed a clean sweep of ADAC Formula 4 wins at Hockenheim by rising from eighth in the reversed-grid race.

His Prema team-mate Conrad Laursen started from the front but was passed by US Racing’s Marcus Amand on lap one while Antonelli moved up to sixth.

Antonelli picked off team-mate James Wharton on lap three and Van Amersfoort Racing’s Martinius Stenshorne on lap four before the safety car was summoned after Wharton’s own attempted pass on Stenshorne resulted in him losing his front wing and then crashing out while Stenshorne carefully made it back to the pits.

There was loads of fighting across the order on the restart, and Antonelli moved into second ahead of Laursen and PHM Racing’s Taylor Barnard. Amand’s lead didn’t last much longer once Antonelli was in second, as he set fastest lap in his pursuit of him, passed him at turn two and then lowered the pace multiple times once ahead.

There was still almost half of the race to go, and Antonelli pulled out a 4.333-second lead over Amand to extend his championship lead with a fifth win from six races.

PHM’s Jonas Ried kept it clean for fifth place, then behind him was several chaotic battles. Charlie Wurz and team-mate Laursen battled hard until Laursen locked up and ended up going off as drivers pressured him from behind, and remarkably Stenshorne and Jenzer Motorsport’s ALex Partyshev rose back up from 15th and 16th to finish seventh and eighth.

Laursen still held on for two points in ninth, and Brando Badoer came 10th. Michael Sauter defended that position for most of the race but eventually succumbed to pressure and went off on the last lap