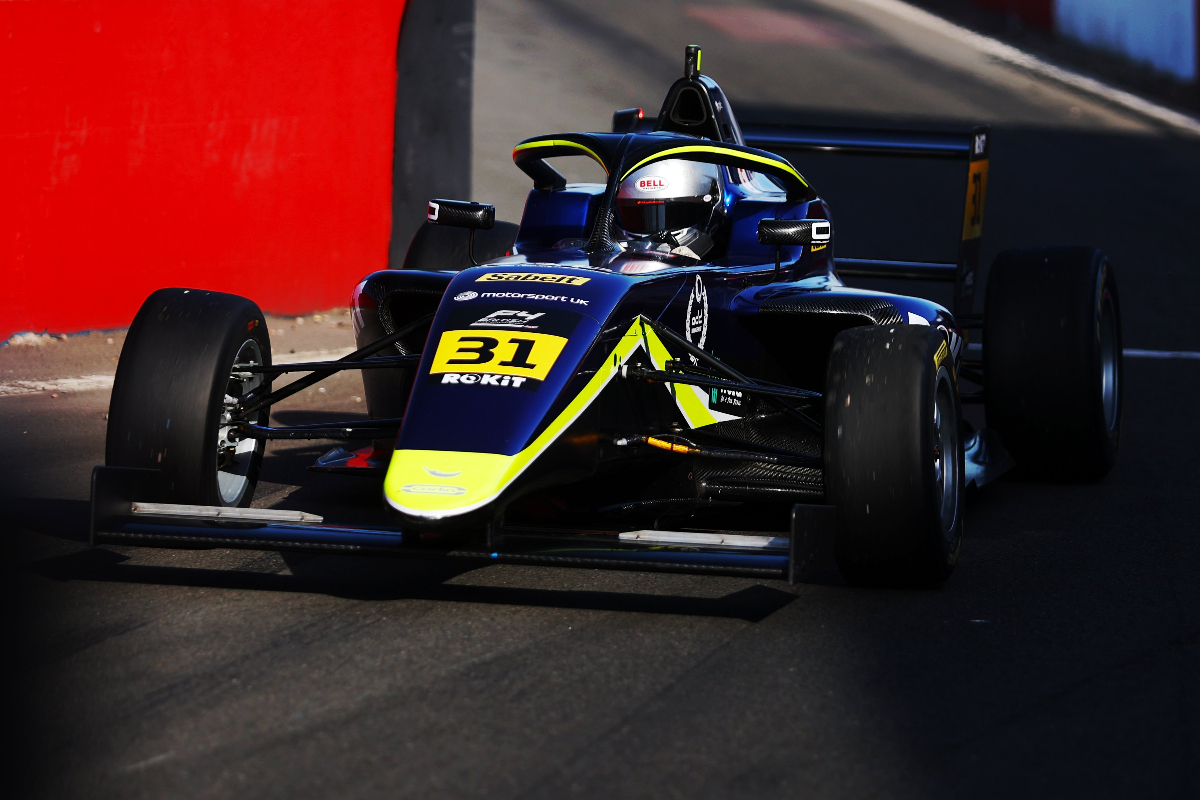 McLaren junior Ugo Ugochukwu was fastest in qualifying for his single-seater debut in the British Formula 4 opener at Donington Park.

Ugochukwu spent most of the session at the sharp end of the field, but it wasn’t until late on that he topped the order.

For the majority of the 20-minute session, it was Hitech GP’s Alex Dunne and Williams junior Ollie Gray, who is Ugochukwu’s Carlin team-mate, swapping times at the top, gradually lowering the benchmark laptime.

Dunne had managed to get his fastest down to 1m05.387s in the final minutes before a flying lap from Ugochukwu knocked him off the top spot.

Ugochukwu ended qualifying with a 1m05.138s. Dunne had one more flying lap to try to reclaim pole. Though he found time, he came 0.022 seconds short. However his previous effort was stronger than Ugochukwu’s second-best, with each driver’s second fastest laptime being used to set the race three grid, meaning he will start from pole later in the weekend.

Virtuosi Racing’s Michael Shin and JHR Developments’ Joseph Loake, both within a second of the pole time, qualified seventh and eighth, while Edward Pearson and Georgi Dimitrov rounded out the top 10.

Making his return to racing as he recovers from cancer, Joel Pearson narrowly missed out on a spot in the top 10 in the sole Chris Dittmann Racing entry, going just 0.099s slower than Dimitrov.