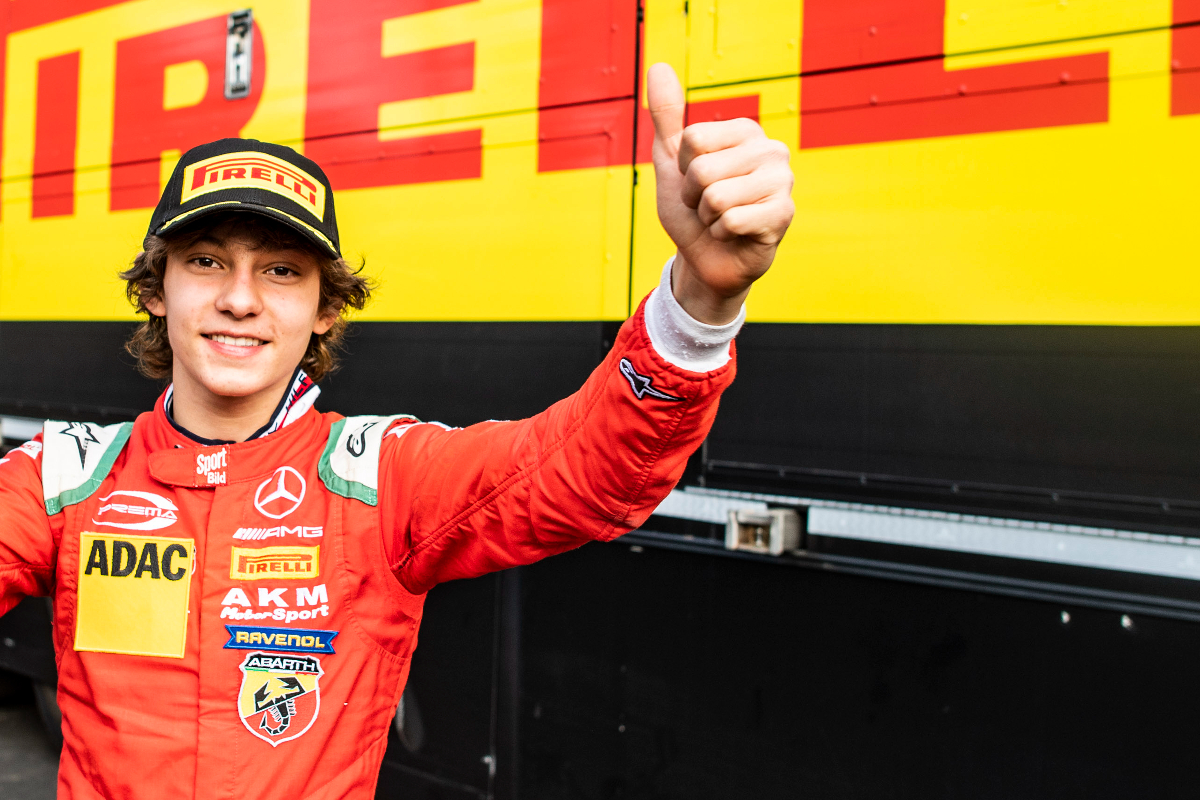 Andrea Kimi Antonelli took a dominant second win of the weekend at Spa-Francorchamps in ADAC Formula 4.

His Prema team-mate Rafael Camara recovered from a lap one incident which had dropped him to 14th to take second, a distant 11.947 second behind, and James Wharton took third to ensure a team lockout of the podium.

While Antonelli rapidly pulled away from his pursuers from pole, there was action aplenty through the rest of the field.

His team-mates Charlie Wurz and Conrad Laursen both retired after losing front wings in separate incidents, while erstwhile second-placed Marcus Amand received a drive-through penalty for forcing another driver off track, dropping him to eighth.

Laursen made an excellent start to pass Wurz for second into La Source at the start, before going around the outside of Antonelli into Les Combes. Antonelli was quickly able to reassert himself at the front and was already 7.3s ahead by the end of lap four of 13.

Wurz headed a train of eight cars in second but Laursen ran into the back of him as he challenged for position, forcing the latter into the pits and retirement.

Wurz then also lost his front wing as he duelled with Amand and Nikhil Bohra, his race also ending in retirement, although he was later to pick up a drive-through penalty despite his car being stationary in the pits.

Having moved up to second, Amand took three laps to serve his drive-through. Camara and Wharton were in no mood to wait for him to move aside, and swept either side of the US Racing driver down the Kemmel straight on lap eight, with Camara passing both in one move to take second.

Kacper Sztuka kept cool behind to finish fourth, having actually missed race one, and fended off the PHM Racing trio of Nikita Bedrin, Taylor Barnard and Jonas Ried who enjoyed a lengthy battle for position.

After serving his penalty and falling back further in the following laps, Amand battled his way back into the top 10. He passed Alfio Spina for eighth into the chicane on the final lap, in the process earning pole for the reversed-grid race three on Sunday.

Pedro Perino and Maya Weug were others to pit with wing damage, while Bohra’s race ended after suffering a puncture.