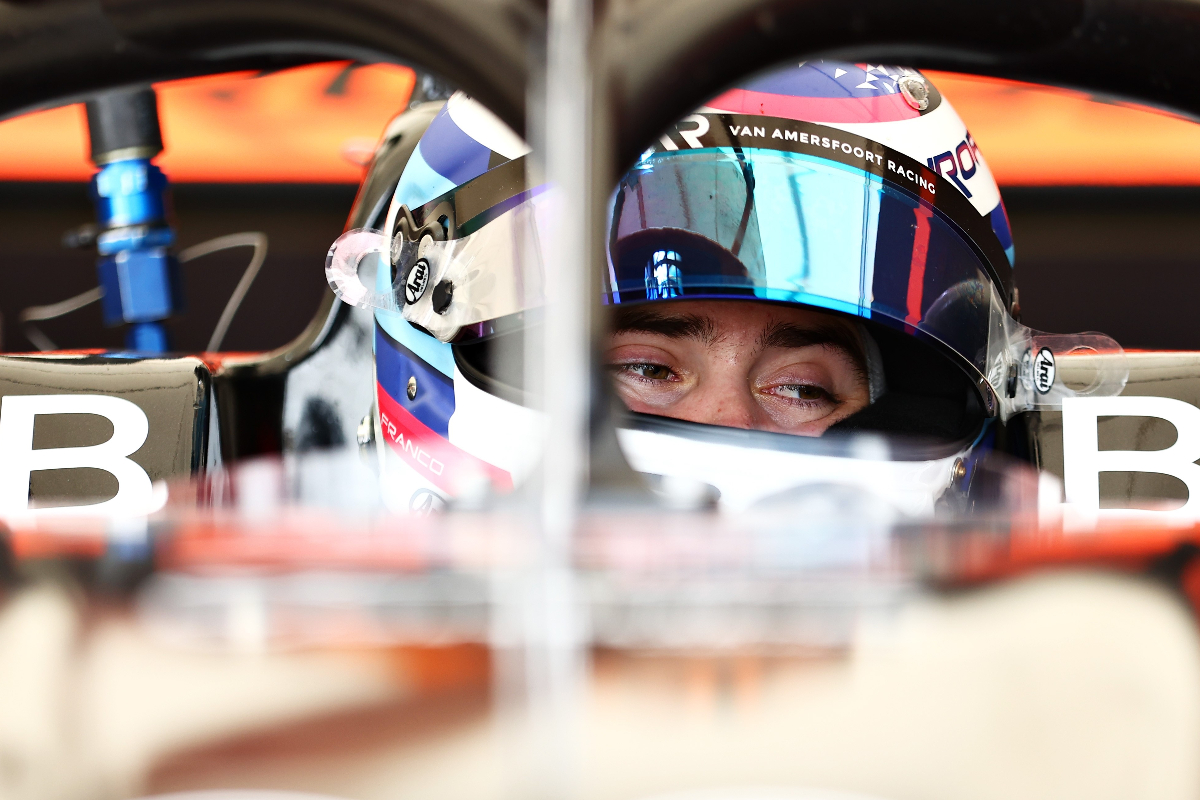 Colapinto started from reversed grid pole and was able to hold on to the lead going into the first corner. Behind him, Ido Cohen dropped behind Caio Collet, Kush Maini and Victor Martins due to a slow getaway. Cohen would yet lose another place in favour of Isack Hadjar, crossing the start-finish line after the opening lap of the race in sixth place.

In the middle of the pack, Ollie Bearman lost several positions as he ran off at the Tamburello chicane while battling with Roman Stanek for 12th and Reece Ushijima went into the gravel exiting the first Rivazza.

Following that choatic opening lap, MP Motorsport’s Collet pursued Colapinto and passed him for the lead on lap four.

Collet tried to push, but Colapinto was able to stay within DRS distance. Meanwhile, Hadjar was making up places as he overtook Martins and then Maini to move up to third. Maini was later handed a drive-through penalty for being out of his grid box at the start and, therefore, would drop to the back of the pack as he served it.

On lap seven, two separate incidents led to Zak O’Sullivan and Pepe Marti ending up in the gravel at Rivazza. The virtual safety car and then the safety car were deployed, and the race resumed on lap 10.

By lap 13 it was back under yellow again as Ushijima ran into the back of Federico Malvestiti at the Tamburello chicane, bringing both drivers’ race to an end. Moments earlier Cohen had clashed with Kaylen Frederick, and required a new front wing.

Racing resumed with four laps to go in the 20-lap race, and Collet held on to the lead while Hadjar pressured Colapinto for second. Several drivers ran wide at the exit of the Villeneuve chicane running over the braking reference boards, which led to a brief VSC.

The green flag was waved again with two laps to go, and Colapinto reclaimed the lead down the main straight going into the last lap. Hadjar tried to take advantage and went to pass Collet too, but they collided and ended up in Tamburello’s gravel trap. Martins and Jak Crawford inherited second and third place respectively as a consequence of the incident.