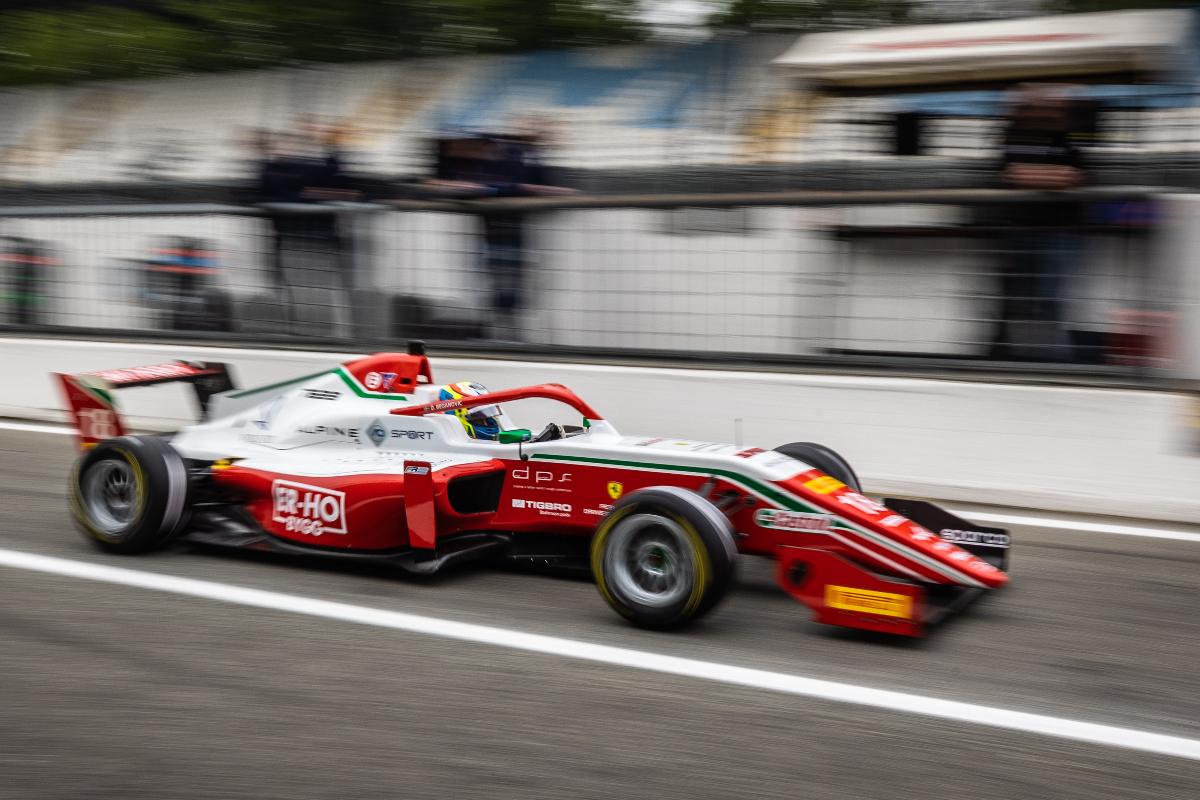 Prema’s Dino Beganovic took pole for the opening race of the Formula Regional European Championship at Monza after setting the fastest time of the two qualiying groups.

R-ace GP’s Lorenzo Fluxa will also line up on the front row, having topped Group B’s running, but he was slower Beganovic’s best from the Group A session.

Bortoleto was fastest of the Group A runners early on for R-ace with a time of 1m47.718s, with Beganovic 0.3 seconds behind.

Bortoleto did not improve on his second lap, while Beganovic set a 1m47.093s to go quickest ahead of Trident’s Leonardo Fornaroli.

Beganovic then found a further 0.3s to top the group, as Hadrien David moved into second for R-ace. But the latter was beaten in the final seconds by MP Motorsport’s Michael Belov.

Fornaroli ended up fourth, ahead of Beganovic’s team-mates Paul Aron and Sebastian Montoya.

ART Grand Prix’s Gabriele Mini posted a 1m47.663s to lead the Group B session early on, half a second clear of Van Amersfoort Racing’s Joshua Dufek.

Mini shaved 0.1s off his benchmark on his next effort, with Dufek’s team-mate Kas Haverkort lapping within 0.026s to move into second. Despite improving again on his final lap, Mini was beaten by Fluxa, who set a 1m47.087s.

Haverkort didn’t improve, but remained third, ahead of Mari Boya (ART GP) and Maceo Capietto (Monolite Racing).  Sami Meguetounif moved up to sixth on his final effort for MP, having had his previous laptimes deleted.

As Group B was slower, the drivers will be starting from the even numbered places on the grid, while Group A will start from all the odd numbers including the pole position spot for Beganovic.

Dufek spun into the gravel at Ascari at the end of Group B’s session, bringing out the red flags with seconds remaining and casting himself to the back of the grid.