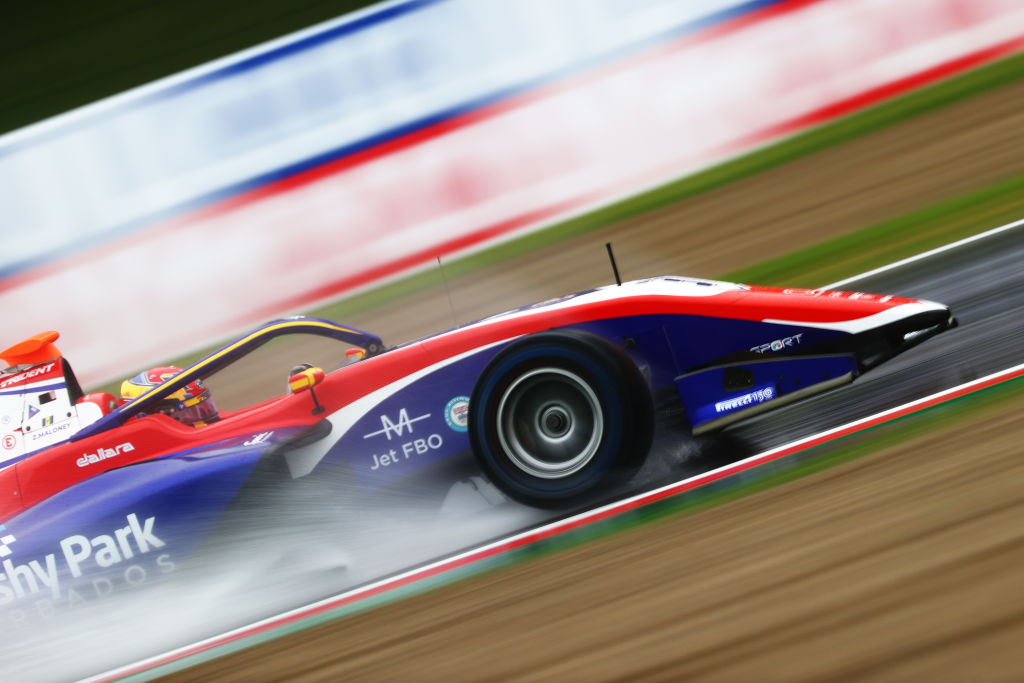 The results of FIA Formula 3 Championship qualifying at Imola have been questioned after the chequered flag appeared early and drivers set laps after it. Ida Wood explains the situation

With two minutes and 16 seconds remaining of FIA F3 qualifying on Friday, the chequered flag appeared on screens showing the session, and the light panels on the pit straight were changed to red, indicating the session had stopped. Some drivers aborted flying laps and returned to the pitlane as soon as they were informed of the chequered flag and red flag panels, while others continued and improved their position.

Formula Scout understands those negatively affected queried with the stewards whether the qualifiying classification could be reviewed, and the results taken from when the session ended early rather than when the clock reached zero.

In Appendix H of the FIA’s International Sporting Code it states “the flag should be waved at the start line when it has been decided to stop a practice session or the race” and that “during practice, all cars shall immediately reduce speed and proceed slowly back to their respective pits” once a red flag has been shown. This is repeated in F3’s 2022 sporting regulations.

This would mean that all drivers were required to finish their session early with two minutes still on the clock, but those session-stopping signals were then removed and the physical chequered flag was only waved at the scheduled end of qualifying.

His team-mate Zane Maloney had the chequered flag displayed after he put in a lap good enough for 15th, but also did another tour and knocked Stanek off pole position.

Other drivers who jumped up the order after being displayed with the chequered flag twice included Prema’s Jak Crawford, who rose from 18th to third, ART Grand Prix’s Victor Martins who went from 15th to sixth, and Charouz Racing System’s Francesco Pizzi who went from 21st to 17th.

Martins told Formula Scout about his confusion and frustration over the situation: “I had to abort my first lap of the run because I saw the red light in the straight. Then the team told me the time was still running, so I went for another lap.”

After the provisional qualifiying classification was issued and then queried, F3’s race director Claro Ziegahn put out a statement.

“With 2m16s remaining qualifying time, due to a malfunction of the system, the start lights as well as the pit exit lights were switched to red and the results on television were marked as if the session was finished. After being visible for a period of time the start lights went off again,” it said.

“The chequered flag, however, was only waved later by the marshal at the control line at 16:36, after the entire scheduled duration of 30 minutes had elapsed.

“The behavior of the majority of drivers and teams must be expressly acknowledged and appreciated, because they interpreted the red lights as a signal to abandon their attempts to achieve a fast lap and returned to the pit lane at reduced speed.”

In regards to querying the result, the statement added that one of the written rules is now just a recommendation, although it is not clear in Appendix H or the series regulations where that is explicitely stated.

“However, the FIA International Sporting Code, its appendices and the sporting regulations indicate the official signal for the end of a practice session is in the form of a waved black-and-white chequered flag at the line. In addition, a recommendation exists to supplement this flag with red start lights at the start line.

“The illuminated red lights only have a regulatory meaning in combination with either a red flag or the checkered flag as described in the FIA recommendations for start light signals. It must be stressed again, that this is a recommendation only. All laptimes achieved up to the point of the checkered flag are therefore valid and should be taken into account in the drawing up the classification.

“The FIA would like to make it clear that this unfortunate confusion should not be used as a basis for ignoring the signaling lights in the future. On the contrary, the FIA takes the opportunity to compliment the behavior of the drivers and to consider them as an example of safe driving conduct. However, it must also be pointed out, that the drivers who did not slow down, in this case did not violate any regulations.”

This event follows controversy during Formula 2’s round in Jeddah last month, where conflicting messages from race control and lights and signals being displayed on track led to Dennis Hauger being told to enter a closed pitlane while leading the race and earning himself a subsequent drive-through penalty for his action. His Prema team unsuccessfully appealed the penalty. In this instance it was detailed that signals displayed on-track supersede radio messages between race control and the teams.