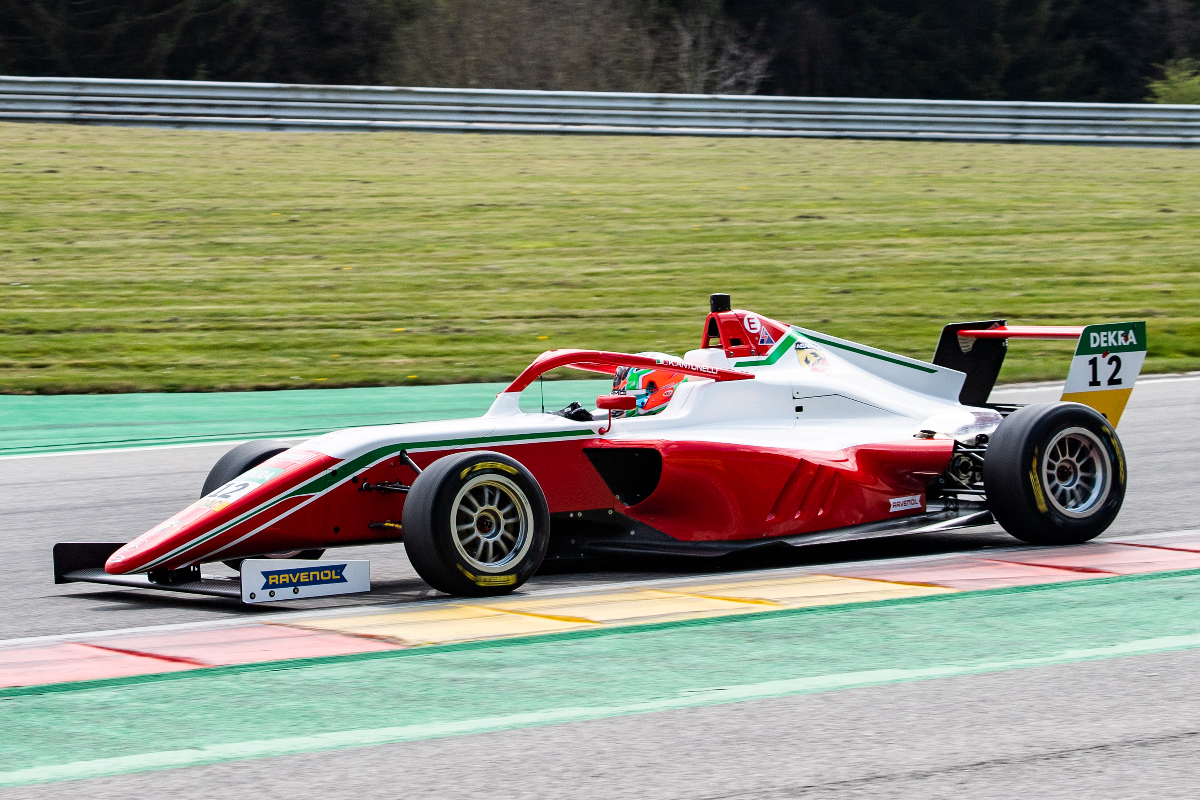 Andrea Kimi Antonelli came out on top of the ADAC Formula 4 season opener in Spa-Francorchamps’ first junior single-seater race on its revised layout.

Mercedes-AMG Formula 1 junior Antonelli got a good start from pole position, while Prema team-mate Rafael Camara struggled a bit off the line. The pair went four-wide with team-mate Charlie Wurz and US Racing’s Marcus Amand.

It was Amand who came out on top, and he began to head the Prema quintet in the early stages as Camara looked to regain the positions he lost – including with a side-by-side moment with Wurz through Eau Rouge and Raidillon.

However, it was only a matter of laps before he was swarmed by the Italian team.

Antonelli led Camara when both got past Amand, with Camara having to pass Wurz too, and the pair began to pull away from their team-mate in third.

In the closing stages, Antonelli was able to pull away from Camara and came through for a relatively comfortable victory.

Wurz rounded out the podium ahead of team-mate Conrad Laursen, as Amand dropped to fifth.

PHM Racing’s Taylor Barnard took sixth after a scrap with team-mate Nikita Bedrin, who fell back slightly after contact and subsequent damage.

The fifth Prema entry of James Wharton was running in sixth but had a puncture about halfway through the race, which ended his morning. It may have been picked up at La Source, where he had contact with Bedrin.

US’s Nikhil Bohra was seventh ahead of Bedrin, with PHM’s Jonas Ried and US’s Pedro Perino rounding out the top 10.

Further back, BWR Motorsports’ Alfio Spina and R-ace GP’s Marcos Flack had contact down the Kemmel Straight that ruined both of their races, while Sauter Engineering’s Michael Sauter and Iron Dames’ Maya Weug had an incident that is to be investigated. US’s Kacper Sztuka failed to start the race, leaving 20 cars on the grid.