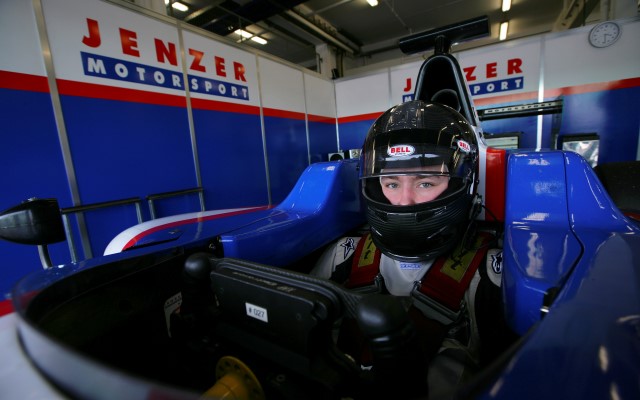 Tuscher, now 17, spent much of last year on the sidelines except for a single appearance in Formula Renault 3.5 at Motorland Aragon. At the start of this year he has been testing in Formula Renault 2.0 with the China BRT by JCS team.

He previously tested in GP3 with Jenzer at the start of 2012 before racing in F2. He had won the Formula Pilota China series with Jenzer aged 14 in 2011.

Tuscher is the only change to the GP3 field from last week’s Jerez test, replacing Christopher Hoher at Jenzer alongside ex-GP2 racer Pal Varhaug and China’s Adderly Fong. The Swiss team is the only one not to have yet named a driver for the coming season.

Newcomers Hilmer Motorsport will again only run two cars for signed driver?Ivan Taranov as well as?Nelson Mason. 19 of the available 27 seats have been filled for the 2014 season, with ART, Arden, Carlin and Marussia Manor all having confirmed three-car line-ups.