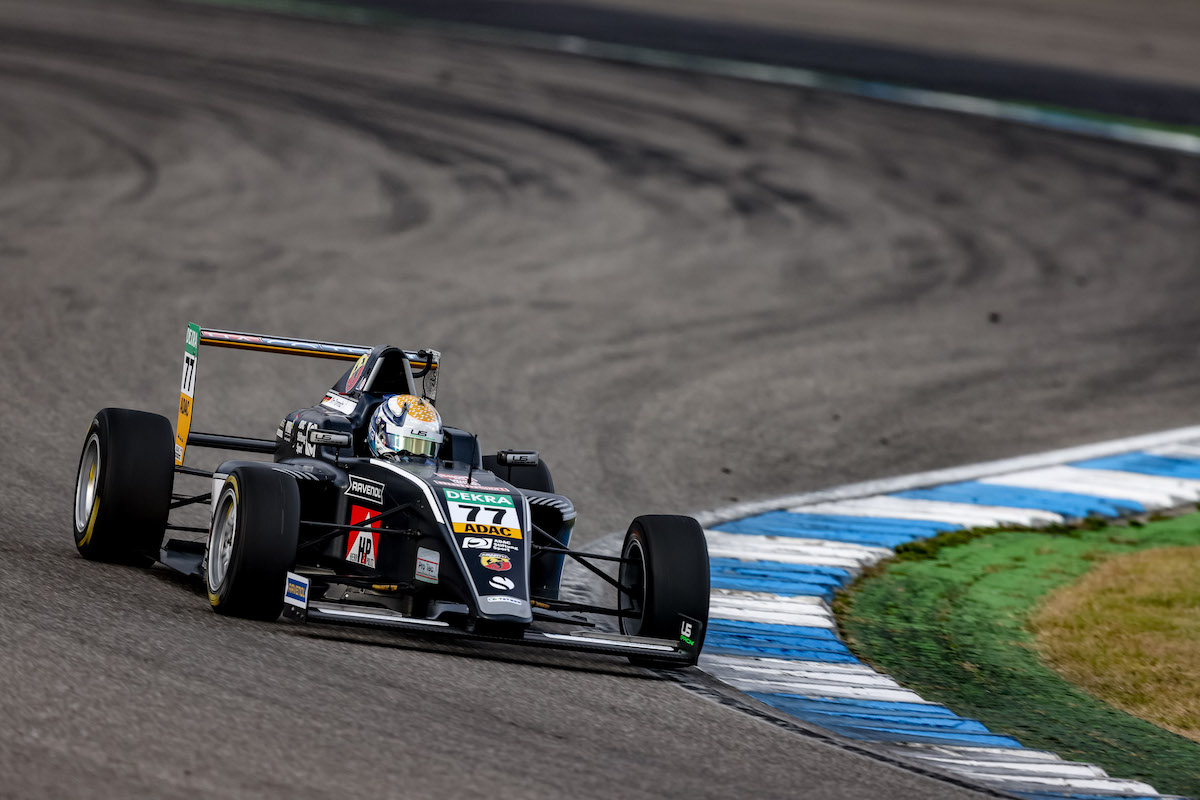 After an early duel with title rival Ollie Bearman, Tim Tramnitz pulled away to take a comfortable win in the second ADAC Formula 4 race at Hockenheim.

Tramnitz’s US Racing team have consistently demonstrated their strong pace on track over the weekend so far, and once free of the battle behind him, Tramnitz quickly extended the gap, despite two safety car periods, to cross the line 4.4 seconds ahead.

Bearman made a great start but Tramnitz took advantage of a small mistake to take the lead on lap one. Bearman again managed to get ahead of Tramnitz at the hairpin after the first restart but Tramnitz immediately fought back into the Mercedes curve, scene of the duo’s coming-together in race one.

Perhaps mindful of the penalty he incurred for defending his position in that race, Bearman did not resist Tramnitz’s attack strongly.

With Tramnitz disappearing into the distance, Bearman came under pressure in the final laps from Saturday’s winner, Victor Bernier for R-ace GP. Bernier locked up as he made an optimistic lunge down the inside of the hairpin on the penultimate lap, Bearman running wide but maintaining his advantage.

Bernier tried again around the outside at the hairpin and again at Mercedes on the final lap but was unable to find a way through and had to settle for third.

This fight for position cost both time, such that Alex Dunne (US Racing) was ready to join the battle as the chequered flag was shown after only 14 laps, the race distance having been shortened due to the need for two formation laps in the bitterly cold morning temperatures.

As in race one, Dunne had made a poor start from pole position. As he moved abruptly right to try to avoid losing further places he squeezed VAR drivers, Nikita Bedrin and Joshua Dufek, into the pit wall. Bedrin was eliminated on the spot while Dufek was forced to pit for repairs, rejoining in last position.

Dunne received a black and white warning flag for his actions which also resulted in the first safety car period, while Dufek managed to climb back to seventh place, aided by the safety car interventions.

Dufek and Levente Revesz touched as Dufek moved through the backmarkers, resulting in the safety car being deployed again the recover the stricken R-ace GP car of Levente.