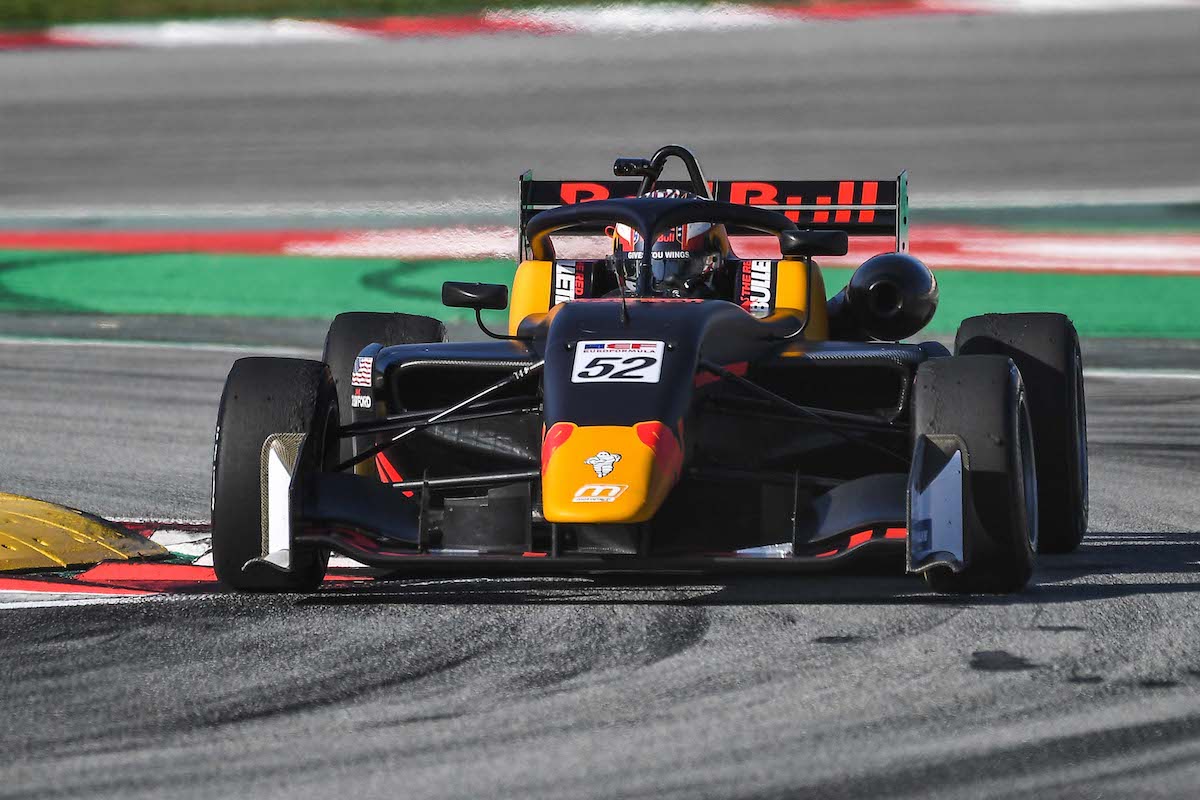 Jak Crawford won from pole position in the penultimate race of the Euroformula season at Barcelona, as Cem Bolukbasi and champion Cameron Das had a wheel-banging battle.

Crawford led away at the start of the race and weaved down the front straight on the first of 18 laps to pull away from CryptoTower Racing’s Louis Foster in the early stages.

He was able to open up a gap of 2.5 seconds at its peak, but a gearbox issue in the closing stages allowed Foster to get a second behind.

Despite that, Crawford was able to hold on even as the gap closed in the final corners due to the problem, and match Das on seven wins this season.

Foster took second, just behind Crawford, ahead of Drivex’s Enzo Trulli, who was some 10 seconds behind Foster.

He was under pressure late on from Van Amersfoort Racing’s Bolukbasi, who engaged in a wheel-banging moment with Motopark driver Das in the middle of the race at Turn 1 – in which both cars escaped unscathed.

Das took fifth, ahead of Carlin’s Brad Benavides – who once again made a good start to climb up spots in the early stages.

CryptoTower’s Nazim Azman was less effective in the early stages and dropped back and finished seventh. VAR’s Casper Stevenson, CryptoTower’s Filip Kaminiarz and Double R Racing’s Sebastian Alvarez rounded out the top 10. Kaminiarz made up several spots to get into the top 10. VAR’s Rafael Villagomez took the final point as Alvarez is a guest driver.

Motopark’s Christian Mansell was able to take the start but was a lap down and finished last.