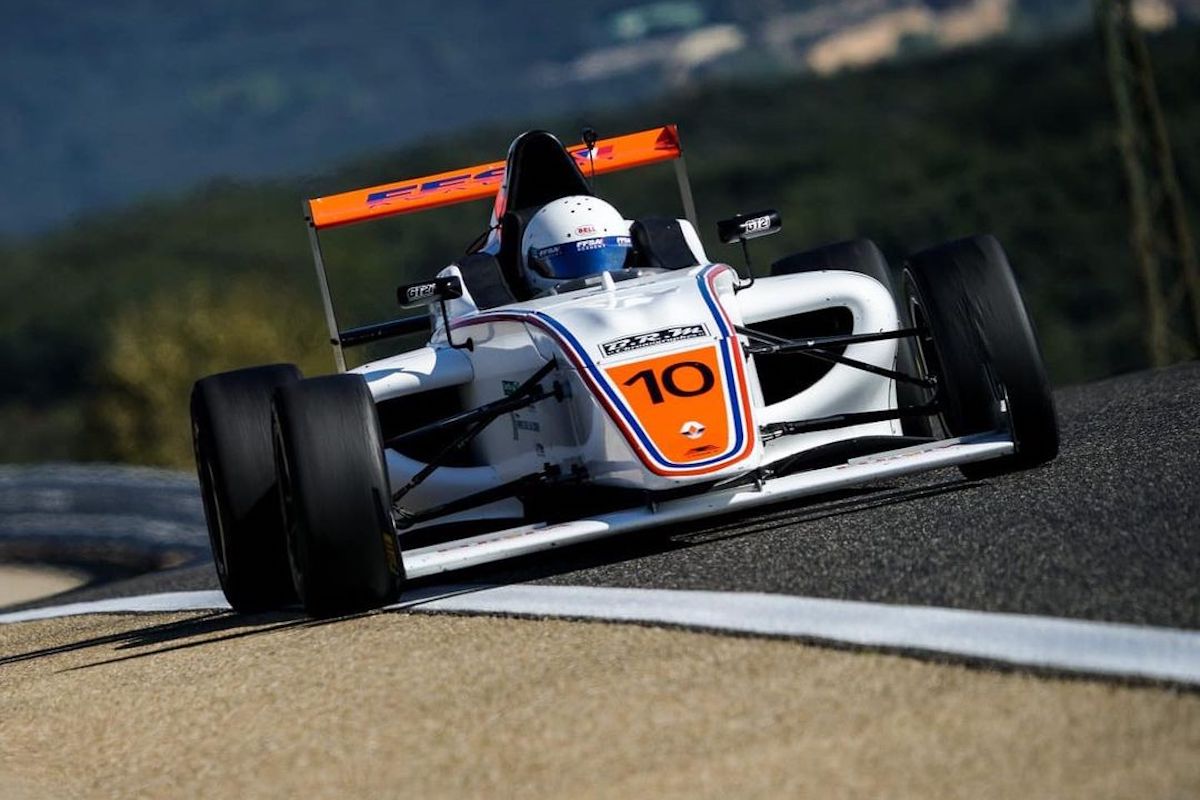 The fight for the French Formula 4 title took another twist in the penultimate race of the season at Magny-Cours as Maceo Capietto finished second to Alessandro Giusti and Esteban Masson retired on the first lap.

Starting 10th on the reversed grid, Masson was victim to an incident in the final sector on the opening tour, with both he and third-place starter Noah Andy eliminated on the spot while Hugh Barter was also delayed.

Capietto meanwhile progressed from seventh up to third behind pole-sitter Pierre-Alexandre Provost and Owen Tangavelou.

The safety car was deployed after the first lap incident and it took until lap five for the race to be restarted, at which point Capietto quickly dispatched with Tangavelou.

He ended the first green-flag lap only a quarter of a second behind Provost but finding a way past proved difficult – to the point that Giusti came past both to claim the lead on lap seven, which he ended with a two-second advantage over Capietto.

After starting eighth on the grid, Giusti held on for his second outright victory, in the process clinching the junior title for drivers aged under 15 at the start of the season.

He finished one second ahead of Capietto – who moves back ahead of Masson in the overall standings by four points.

When each driver’s lowest-scoring three-race weekend so far is discounted, Masson still has a four-point lead over Capietto, but both drivers could yet end up dropping fewer points from their total should they start race three but finish lower down the order.

Provost held on to take third just ahead of Julien and Tangavelou, who fell to seventh at one point.

Barter recovered to take seventh between guest drivers Elliott Vayron and Enzo Peugeot – the latter having run as high as fourth.