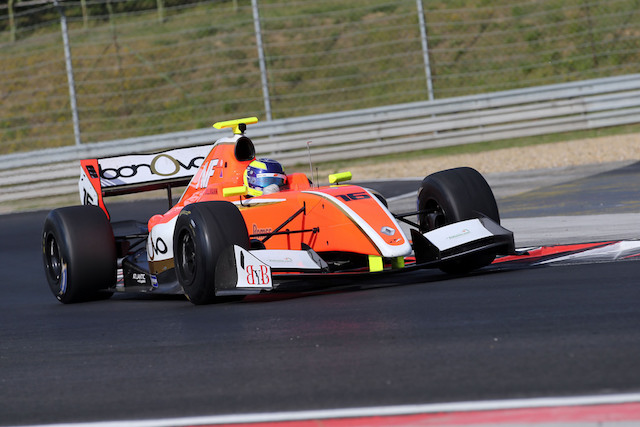 Tom Dillmann?has taken pole position for race one of the Formula V8 3.5 round at the Hungaroring by more than six tenths of a second.

Dillmann set his lap of 1m28.439s before the end of the?session and then remained well clear even though the next four fastest drivers set their bests after the chequered flag.

Egor Orudzhev, who left Aragon without any points, was only 13th of the 15 drivers.