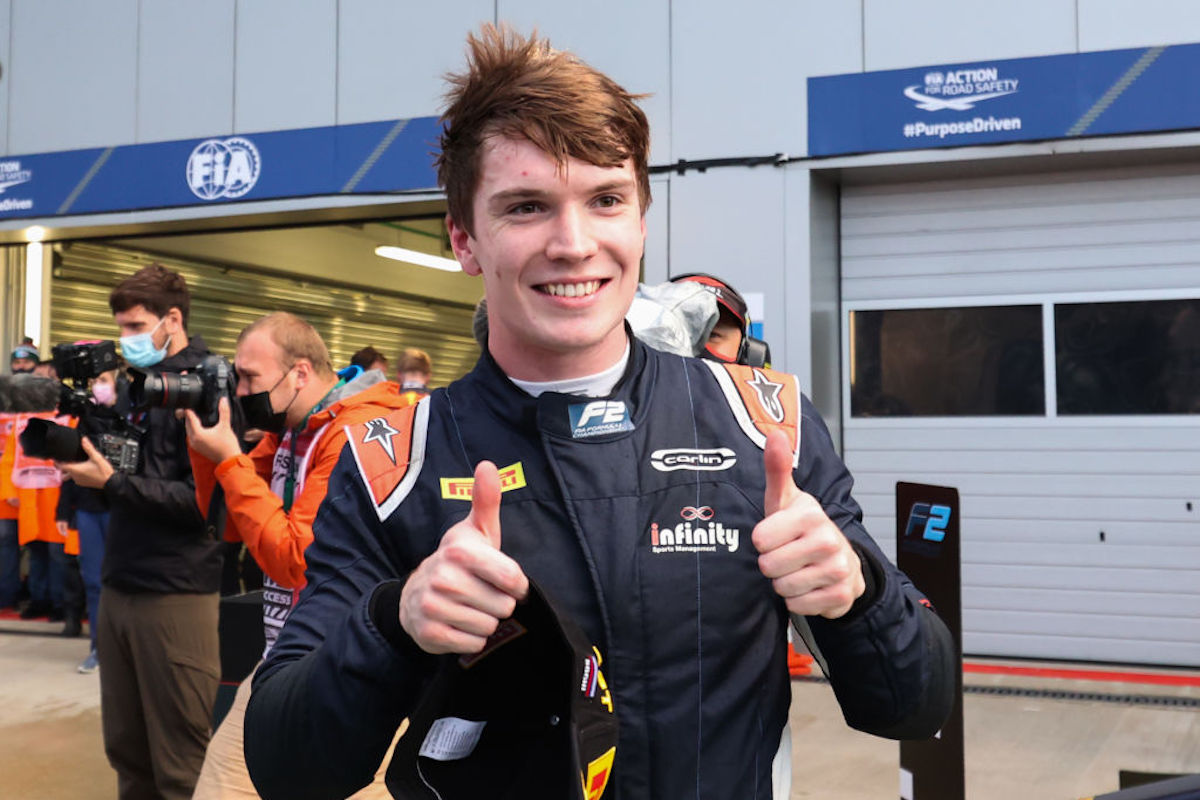 Dan Ticktum has admitted that winning the Formula 2 sprint race at Sochi feels bittersweet amid uncertainty over his motorsport future.

Ticktum won the sole sprint race of the weekend on Saturday evening after heavy rain caused the championship to abandon the second scheduled race of the event.

He beat Hitech GP’s Juri Vips in a race held on a drying track but revealed in the press conference afterwards that the win doesn’t give him the satisfaction that it perhaps otherwise would have if there was a Formula 1 seat on the line.

“It’s sweet, there’s no doubt about that. Obviously every racing driver is in any category wants to win,” he said.

“However, I sort of point back to what I said from Monza: Whilst it’s lovely to win on the day, it sort of doesn’t mean that much really because I don’t know where I’m going to be next year. And I’m certainly not going to be in Formula 1 which was always my goal.

“So, I wear my heart on my sleeve and I’m pretty down about it, not going to lie. So, I’ve worked very hard, I’ve caused a lot of mistakes for myself, and people know what they are but yeah, I’m happy to win but it’s a bit bitterly sweet. Mixed emotions, let’s say.”

Ticktum departed the Williams F1 team in the summer, and asked how timely his latest win was, he said: “Look, winning isn’t going to hurt. I just don’t really know what to say, to be honest. I’m just sort of… the last few weeks, accepting the fact that I’m not going to achieve my goal. I don’t want to get all depressing, but it is depressing.

“The [lack of] super licence denied me a few years ago, I’ve done some stupid things along the way and I don’t know where I’m going to end up. I’ve always sort of said that if I don’t make it to Formula 1, I’ll bugger off and do something else, if I’m honest.

“But without being arrogant, I think I’ve probably got too much to offer behind the steering wheel to do that. But I don’t know. I have a couple of options, but I don’t know what to say. It’s not the best time, let’s just say that.”

When asked to elaborate on those options, he bluntly said: “I can’t say exactly but anyone with half a brain will know it’s IndyCar, DTM, or another year of F2 pretty much. Maybe Formula E. Those are going to be the options, so those are the places where I’m going to be looking.”