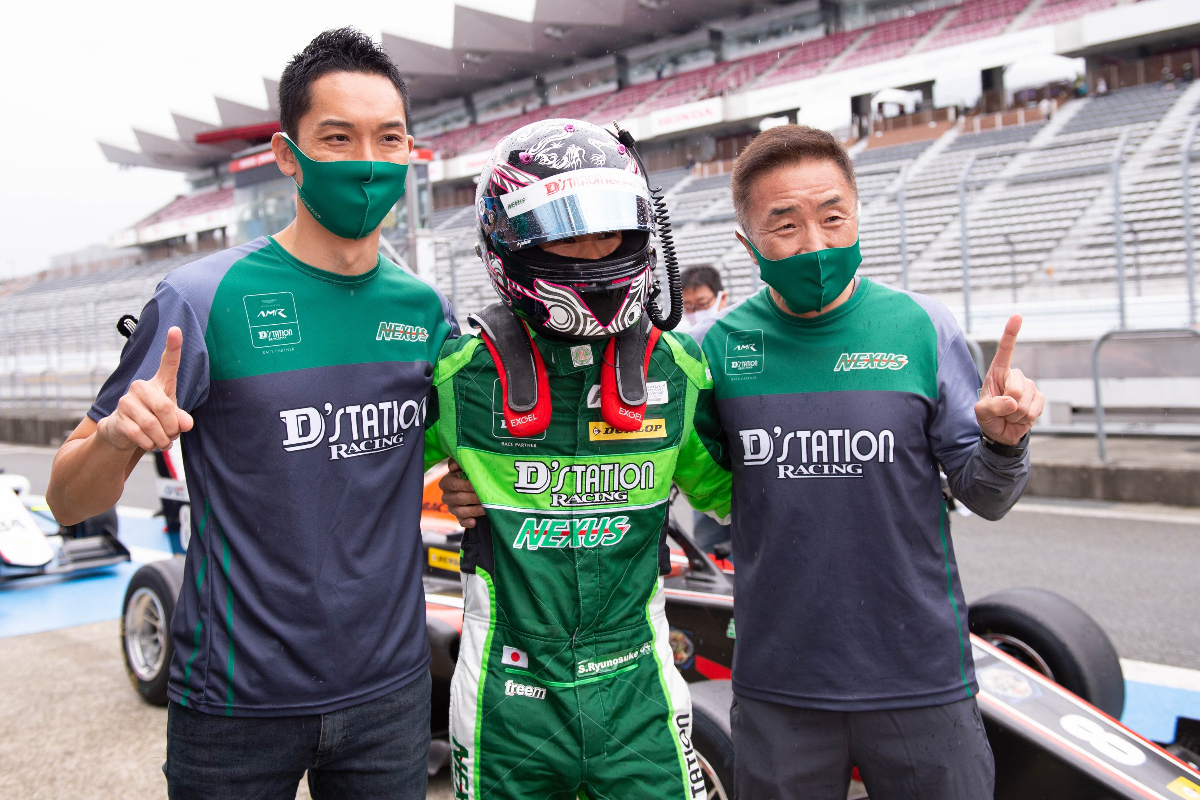 Furutani beat Super License’s Ai Miura to pole for race one, but the latter led the field into turn one, leaving the stalled Sota Ogawa behind, although he was able to continue.

A clear front four emerged early on, and they remained unthreatened until the chequered flag.

However, Miura appeared to struggle for straightline speed, and was overtaken in successive laps on the pit straight by Furutani and Sawa. The initial leader eventually finished third, holding off the advancing Yusuke Shiotsu.

Once Furutani had the lead, he looked the class of the field as he regularly lapped seven-tenths quicker than closest challenger Sawa, to eventually finish over 13 seconds clear.

Furutani was on pole for race two, but had his lead evaporate immediately. Sawa emerged in first by the end of the pit straight, while Miura swept around the outside of Furutani for second.

Furutani and Miura proceeded to squabble, before Furutani replicated his race one pace to close up to Sawa.

At the halfway stage, Sawa was focusing on his mirrors as Furutani appeared to be attached to his rear wing – on lap seven, the two even managed to navigate almost half the lap side-by-side.

Eventually the pressure told, as Sawa was overtaken into turn one. However. going into turn three Sawa slammed into the back of Furutani, spinning him down to sixth.

Sawa just held onto the lead from Miura when re-joining the track afterwards, and he remained there to win the race on track. However, his tangle with Furutani copped a post-race penalty dropped him to 10th, handing a maiden victory to Miura.

Race three began with chaos as Yugo and Hachiro Osaka took each other out before First Corner, requiring the safety car, while Furutani made another poor start and dropped to fifth from the front row.

Sawa experienced opposite fortunes, as on the safety car restart he immediately overtook Ogawa for second, rising three places in less than two racing laps.

This became the lead on lap six, successfully pulling off a move on Miura who quickly fell to third when an opportunistic Furutani passed her and Ogawa.

Furutani could not close up to Sawa, the gap stabilised at just under two seconds, and Sawa – who won his one-off drive in a shootout – won.