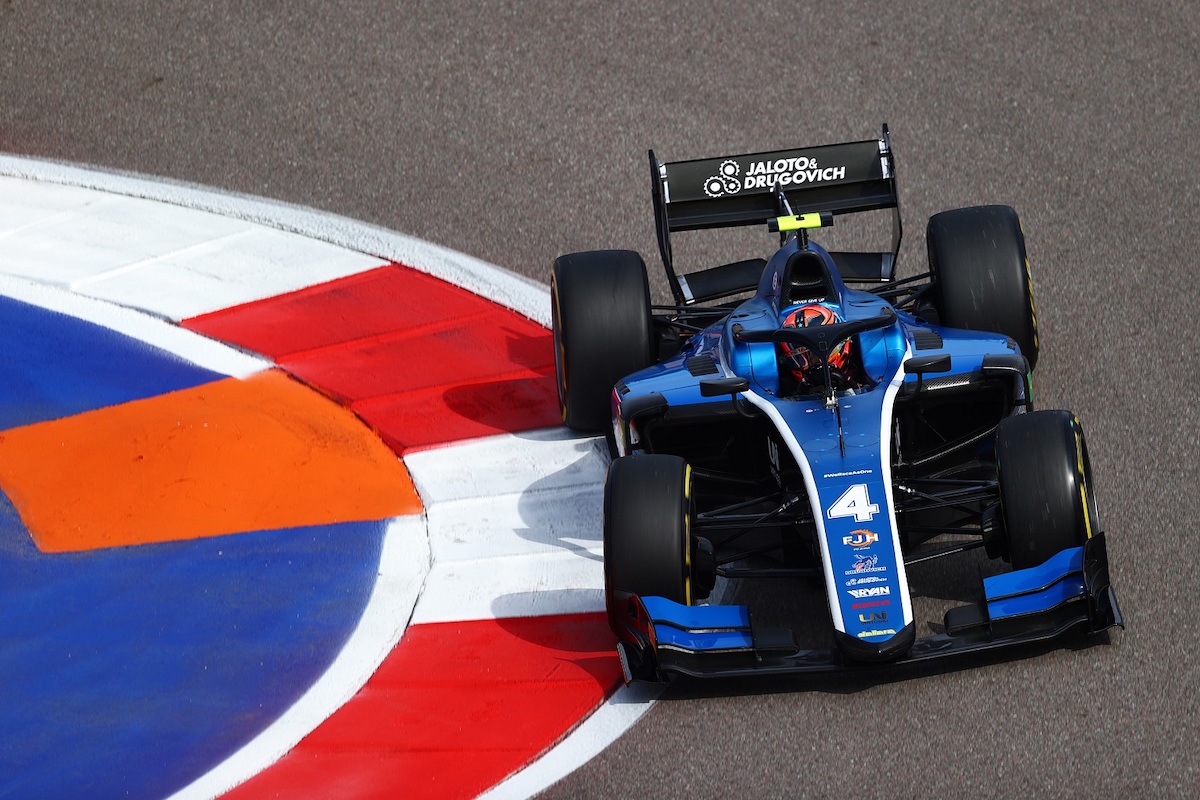 Felipe Drugovich was taken to hospital and cleared by doctors after he crashed on the way to the Formula 2 grid for the Sochi sprint race.

Drugovich, as well as Virtuosi team-mate Guanyu Zhou, came to grief on the lap to the grid ahead of the rescheduled race following torrential rain earlier in the day.

The conditions were still slippery, as the preceding Formula 1 session showcased where the track was only just about dry enough for slick tyres to be a worthwhile gamble.

It is tougher for F2 drivers though, as tyre warmers are not permitted, meaning their medium tyres were very cold given the temperatures.

Zhou spun and stalled at Turn 2, ending his day early, while Drugovich speared off into a concrete wall and crashed head-on, ending his race as well.

Around an hour and a half after the race’s conclusion, a statement from Virtuosi said: “Following his crash on the way to the grid in sprint race one, Felipe Drugovich was taken to hospital for precautionary checks.

“Felipe has had a CT scan and X-Ray, and although he’s a bit sore, he’s fortunately been given the all-clear.”

Drugovich himself posted on social media, saying: “Just got out of hospital. Thank God I am okay! That was a heavy impact! Thanks everyone for the messages!”

Talking about the conditions in the post-race press conference, race winner Dan Ticktum said: “It was not easy, it was a lot about car control, especially with the virtual safety cars when the tyres go off a little bit and you don’t know how much to push then again.

“A lot of feel is required, and if you do make a mistake, you’re either going off and losing a few positions or you’re in the wall. You saw people crash on the way to the [grid], and I’m sure they weren’t trying to do anything, there was just no grip at all.”

Drugovich is set to start the feature race on Sunday from 13th on the grid.