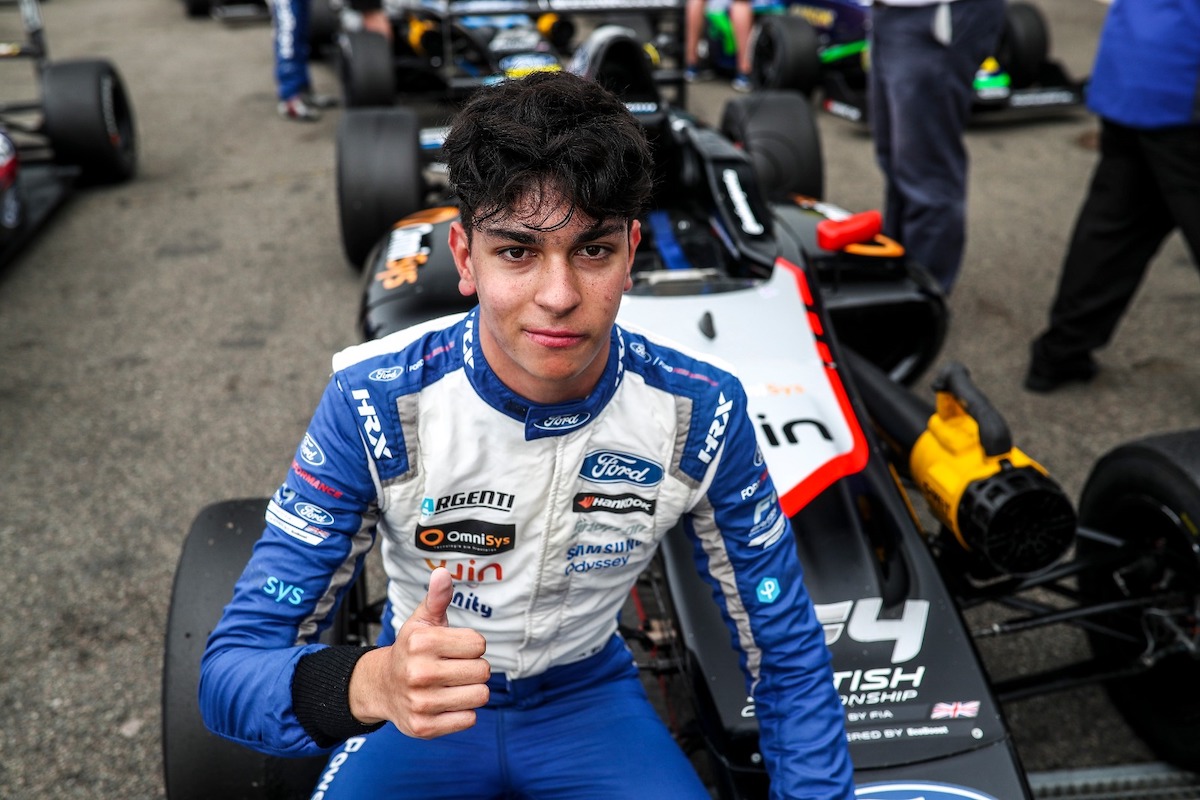 Zagazeta converted pole position into the victory, but was kept under pressure throughout the 21 lap race.

Off the line, second-place starter Aiden Neate was immediately on the charge and the two spent three quarters of the opening lap running side by side. Zagazeta just had the edge over Neate, with Rees not too far behind.

Zagazeta managed to build a small gap back to the rest of the field as Neate battled to keep Rees behind him. But as soon as the JHR Developments driver came through, Rees started to close the gap. Within a handful of laps he was on Zagazeta’s tail.

Late in the race a struggling James Hedley came into the pits for a front wing change. He returned to the track just ahead of the race leaders. He had the pace to stay ahead of Zagazeta, and gave the Argenti driver a tow in the final laps.

Zagazeta was beginning to break away from Rees again late on, finishing just under a second ahead of Rees.

McKenzy Cresswell finished fifth overall and picked up another rookie podium, having held off Marcos Flack in the closing stages of the race.

Eduardo Coseteng picked up sixth, ahead of the battle for the final points paying positions. Hedley had been in this battle for much of the race before the front wing damage forced him to pit.

Team-mate Tasanapol Inthraphuvasak came out on top, finishing eighth after offs for Oliver Gray and Joseph Loake dropped them down the order and out of the race.

David Morales took his best race one finish in ninth while Kai Askey completed the top 10.