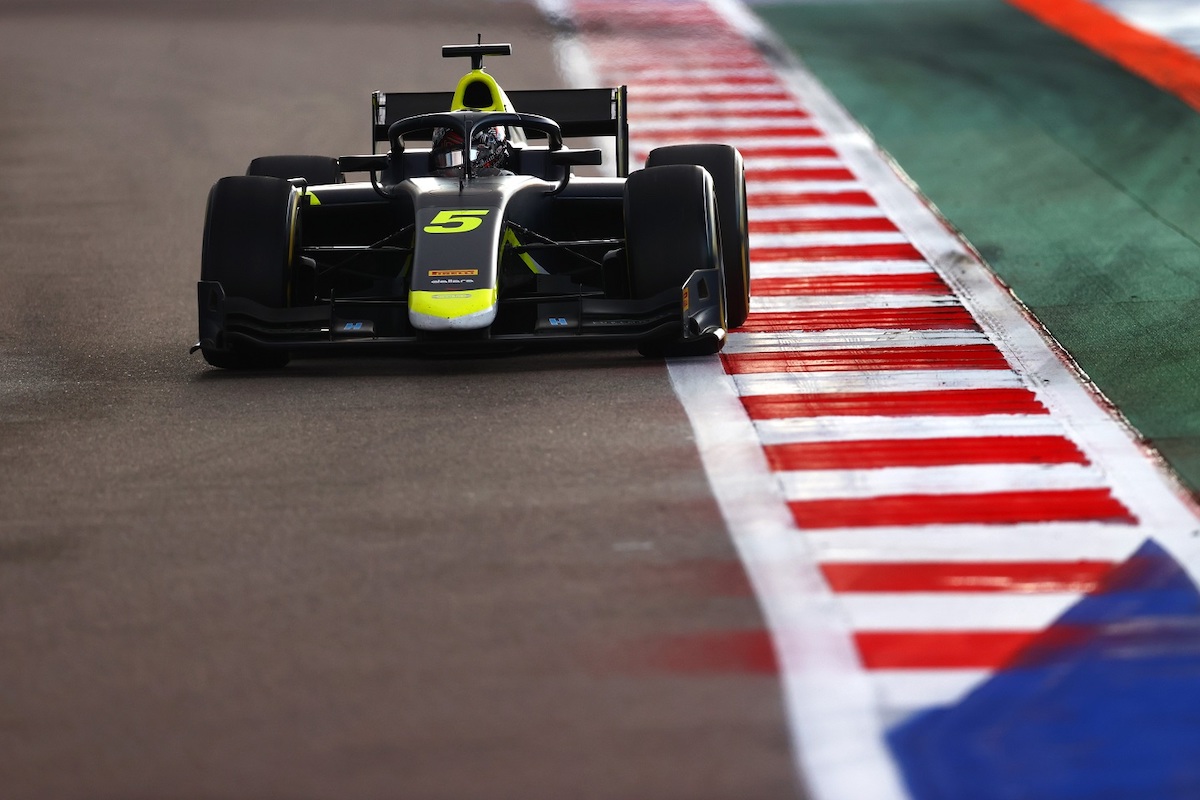 There was drama before the 18-lap race had even got away as both Virtuosi Racing entries of Zhou and Felipe Drugovich got into trouble on their way to the grid.

Zhou spun at Turn 2 and stalled the car, ending his afternoon early, while Drugovich suffered the same fate further around the lap as he crashed out on the damp track.

This delayed the start by five minutes. The race began with all cars on medium tyres behind the safety car before Ticktum got a good start.

Hitech GP’s Juri Vips and Liam Lawson hounded Ticktum early on, but they too came to grief. Vips had a small error in the final sector of the lap that took him wide, while Lawson crashed out on lap six.

That triggered a second virtual safety car of the afternoon after Trident’s Bent Viscaal spun at Turn 16 on lap five and stalled.

When the racing resumed, it was without the drag reduction system, and Ticktum was able to maintain a gap to Vips out front throughout to take his second victory of the season.

Vips took his first podium since the first sprint race at Silverstone, while Prema Racing’s Robert Shwartzman took a podium at home after an early scrap with HWA Racelab’s Jake Hughes.

Hughes, making his sixth start in F2, took not only his best result but also the best result for the team under the HWA guise.

ART Grand Prix’s Theo Pourchaire, despite being passed by Carlin’s Jehan Daruvala on the second restart after being held up by a slow-to-react Ralph Boschung, recovered to finish fifth ahead of the Campos driver.

Championship leader Oscar Piastri, meanwhile, slipped back to ninth after an early mistake and was unable to recover back into the points.

MP’s Lirim Zendeli rounded out the top 10 – which would have given him pole for sprint race two had it not been cancelled.

DAMS’ Marcus Armstrong was 11th ahead of Daruvala, who spun late on.