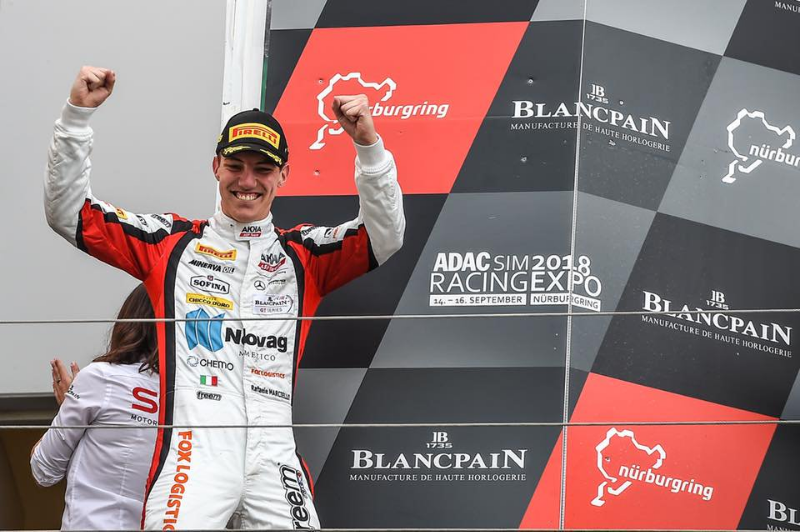 Raffaele Marciello returned to a single-seater cockpit on Sunday with Mercedes ally HWA in FE testing. He tells Josh Sutill why F1 wasn’t his final destination.

While one Mercedes junior is arriving on the Formula 1 scene in 2019, another looks set to depart it. Neither are guaranteed a future race seat with the manufacturer and are unlikely to taste the kind of success that Mercedes-contracted Raffaele Marciello enjoyed in 2018. His talent is certainly deserving of an F1 seat, and not too long ago he was Ferrari’s next big thing. Instead, he’s sweeping the floor in GT racing with its F1 rival.

Last year, the Swiss-born Italian became the first driver to win all three Blancpain GT Series titles in the same calendar year before a penalty appeal by a sister Mercedes trio post-season cost him his Endurance Cup. He also finished third in the Intercontinental series, which included dominating the inaugural Suzuka 10 hours. In just his second year in GTs, it was a prime example of what can be achieved by drivers who don’t make it in F1.

Back in 2012, 17-year-old Marciello announced himself as a future star by taking a rookie Pau Grand Prix win by over 13 seconds, prompting Prema boss Rene Rosin to say he had “speed in his heart”. He then won five European Formula 3 races in a row, an achievement only bettered by Max Verstappen. He lost out on the title, but a year later came back to beat Felix Rosenqvist, winning 13 of the 30 races.

“For sure, it was a good year when I won F3, it was an FIA championship, and it was really big at that moment,” Marciello tells Formula Scout.

“After winning this championship, everyone in Italy, and in Europe, thought that I was going to be the next Italian star in Formula 1 and this kind of thing, a real home star.

“It was good in F3 if you’re with a top team but like in every category, if you’re not with a team like Prema or Carlin, you can’t compete. When I won the championship, it’s also thanks to the car – because I had the best car, quite easy to be quick.

“I think without counting this year, it was the best year of my career. Winning 13 races and on the podium 19 times was amazing.” 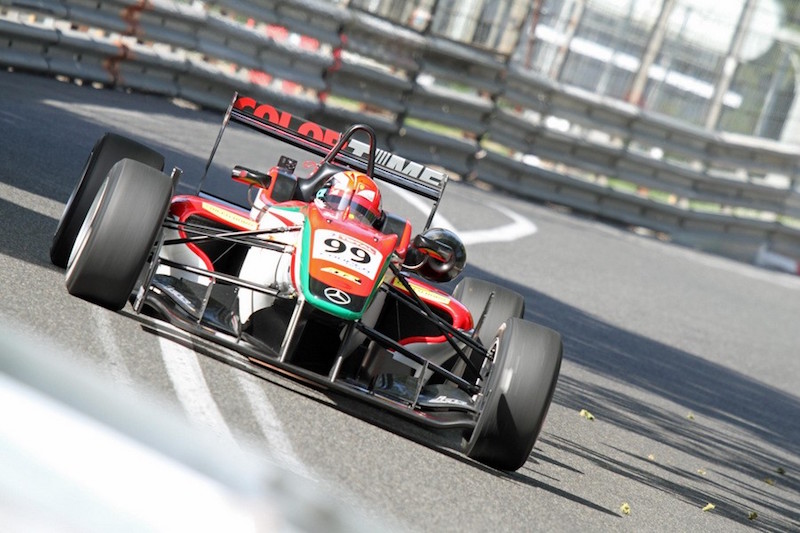 Marciello had attracted the support of Ferrari three years prior when he entered Italian Formula 4 predecessor Formula Abarth. He won his first race and finished third in the standings, and was a winner in Italian F3 a year later. Ferrari’s support seemed to waiver after his European F3 success though.

He made his GP2 debut in 2014 with Racing Engineering and finished eighth in the standings. He won the feature race at Spa-Francorchamps after triumphing in a thrilling duel with Stoffel Vandoorne, but just weeks earlier had been publicly panned by Ferrari for his performances.

Marciello demonstrated raw speed throughout the season, achieving one of the best qualifying records, but suffered from horrible luck, ranging from a collision with Daniel Abt in the Barcelona feature race to transmission failure at Silverstone, where he’d secured his maiden pole position and was fighting for victory. It took until round four at the Red Bull Ring to score his first points – a pair of podiums.

“I was still pretty young, I was only 19 when I did GP2 in the first year,” Marciello adds.

“My speed was pretty good because I was the only driver to qualify top eight in every session. My race pace was also quite good. I made some rookie mistakes, many mistakes at the start of the race, some during the pitstops, I didn’t have the best year but I learned a lot in it.”

Marcello moved to Trident for his second year in the category, and he found much greater consistency, but with a team that had only once finished inside the top five of the teams’ championship since the series launched. 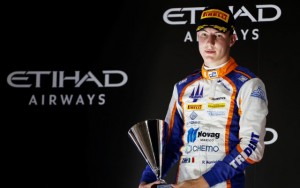 He scored 110 of the team’s 111 points that year, including four podium finishes. The only comparable example of one-upmanship is Romain Grosjean at DAMS in 2011. The Trident deal made it clear that Ferrari wasn’t willing to spend on top seats.

“The driving was just too difficult, the car was not there,” Marciello recalls.

“The other teams were stronger. I tried my best, I think I had a pretty good year and I didn’t make many mistakes.

“Podiums and a pole position in Monte Carlo in the wet [Marciello was fastest in his group but not overall due to differing weather] – the wrong moment in the wrong team.”

In 2015 he did make his F1 grand prix weekend debut, driving for Sauber in the free practice 1 in Malaysia. He’d also done well driving a Ferrari in a post-season test the year before, and was being courted by Mercedes’ DTM programme.

His relationship with Ferrari was breaking down though, with management restructuring leading to the previously arranged plans for Marciello changing.

“I think I was in the wrong moment with wrong person lets say,” Marciello says.

“In this year, all the mess with Ferrari came up. [Stefano] Domenicali and [Luca] di Montezemolo left, they had some plan but when [Marco] Mattiacci and then [Maurizio] Arrivabene came in, and they didn’t want to respect this plan.” 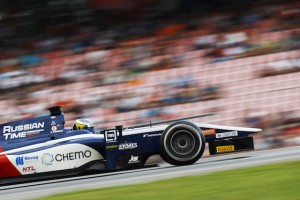 In January 2016 he split with the Ferrari Driver Academy, and his deal as Sauber reserve driver ended. He signed with Russian Time for a third GP2 season, partnering Artem Markelov and keeping himself on the F1 radar.

He enjoyed his most successful season to date, finishing fourth in the standings, taking six podium finishes and remaining in title contention until the penultimate race. Mercedes recognised his potential and snapped him up.

“In my final year in GP2, I finished behind the two Premas and level on points with [Sergey] Sirotkin. It was the best I could do with Russian Time, but they [Mercedes] believed in me, I’m happy to give something back to them.”

Marciello was put into a Blancpain programme with the French AKKA ASP team and had to learn how to drive the front-engined Mercedes-AMG GT, a very different machine to an F2 car. They quickly became a formidable combination and excelled last year. At the Hungaroring, Marciello mastered changeable conditions to come away with second and a win in two sprint races – performances that proved crucial in winning the sprint and overall title.

In the FIA GT World Cup at Macau, Marciello took a stunning pole, repeating his qualifying-topping performance from his Grand Prix appearance in 2013.

With Mercedes entering Formula E next year, there’s an opportunity for Marciello to return to single-seaters, but he affirms that although he tested in the series with Mercedes’ long-time DTM partner HWA in Marrakesh, it is out of his hands.

“FE can be the future, if Formula E gets bigger than F1 or close to F1, then sure it would be nice to be in F1 and race for Mercedes. Whatever they ask me to do, I’ll do my very best.” 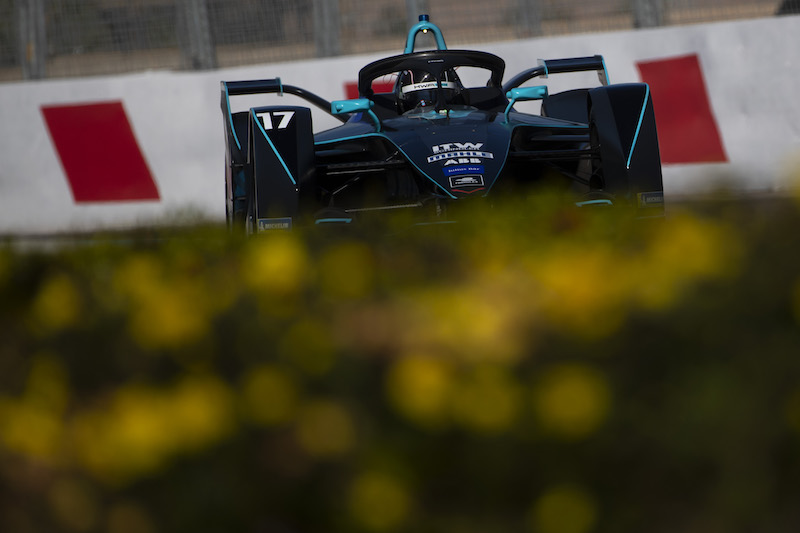 “It’s difficult, it will always be about money,” Marciello admits. “The guy with money can buy the team and then a ride in F1. Talent, in the end, will always show up, if not in F1, then in FE, GT or whatever.

“I just would like to see the mentality changing about what’s outside F1. At the moment, everyone will only watch F1 and think they’re the best drivers, but it’s not true because there are many drivers in GT3, Formula E, LMP [Le Mans Prototypes] etc. that are very good or even better than the F1 drivers.

“There won’t be space in F1 for everyone. There are too many drivers for only 20 seats. In other categories, there are so many good drivers who don’t receive the right media feedback, the right Instagram likes or whatever because they’re not racing in F1.

“This is not fair, everyone is good, I just hope one day that people will watch other categories in the same way they watch F1.

“We need the same respect as the F1 drivers. At the end of the day if you put someone like Dries Vanthoor in F1, he will be as quick as a [Pierre] Gasly, because we’re talented like them.”

“I think drivers need to be more realistic because so many talents who can waste too many years in GP2 because they really want to make it to F1. It’s not always easy, and sometimes it’s better to focus on something else. I can say I’m working as a factory driver, and not many drivers can say that.”

Undoubtedly Marciello is one of the best drivers to have raced in the outgoing generation of Dallara F3 machinery, which he adores, and to say he’s failed in reaching F1 would do an injustice to the tremendous success he’s achieving at the top of another branch of motorsport. 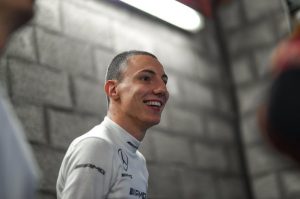