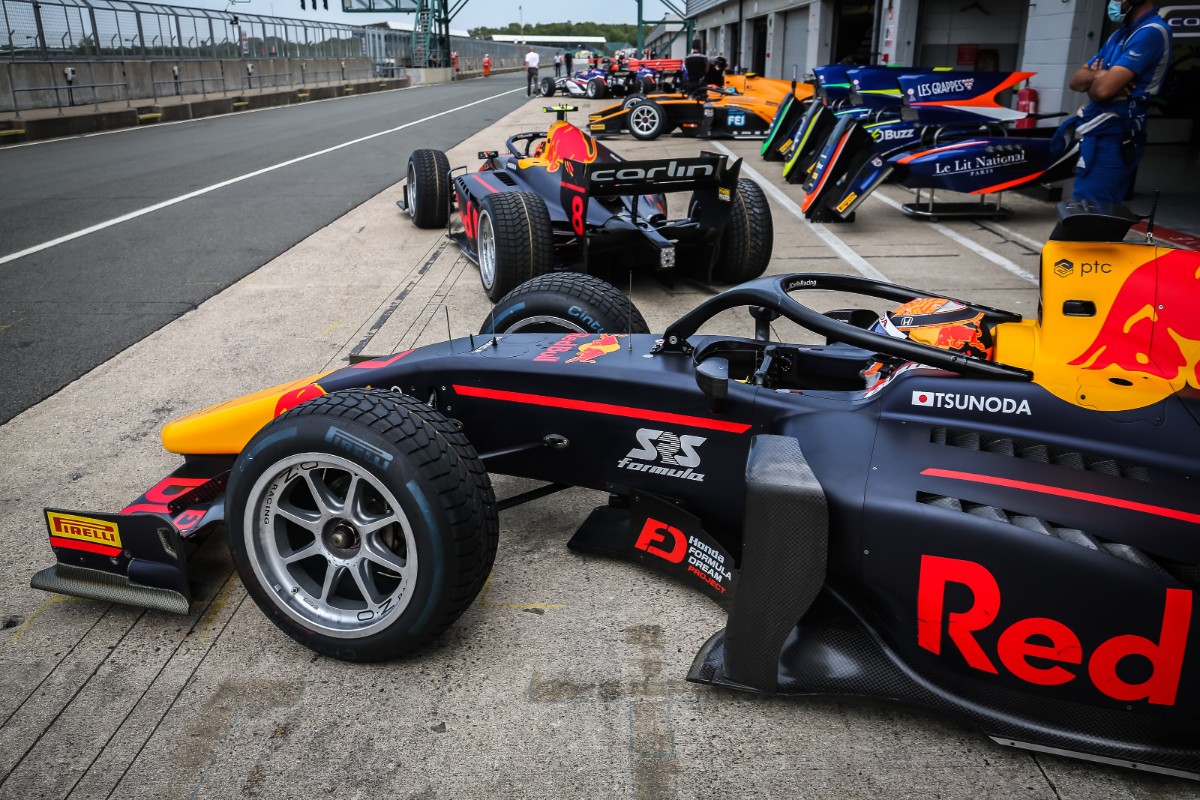 Yuki Tsunoda said testing an old Formula 3 car with McLaren Formula 1 drivers Carlos Sainz and Lando Norris made him “wake up” before his maiden Formula 2 campaign.

The Red Bull junior secured his second podium of the season – following his run from pole position to second place in the second Red Bull Ring round – by utilising the alternative strategy in the Silverstone feature race last weekend.

Ahead of the delayed 2020 seasons, Carlin tested at Silverstone with its junior single-seater line-ups as well as the two McLaren drivers, who had both raced for Carlin prior to making it to F1. They joined Carlin’s tests in classic F3 cars as McLaren was unable to run its previous F1 cars as a result of changing power unit suppliers.

Tsunoda believes that the lessons learned from that test contributed to his podium at the same circuit.

“Of course it’s a different car,” he admitted. “It’s hard to learn about the car. I drove with Carlos and Lando, both drivers were fast, and it was really competitive in that test.

“I learned a lot on the driving side from Lando and Carlos, also that makes me wake up, I think. Also that made me [quick] in free practice in Austria, so 100 per cent the test Carlin did worked also at Silverstone for free practice.

“Maybe in qualifying, maybe not, as I did big huge mistakes, but also [it showed in the] race for the overtaking. We did a lot of overtaking practicing with Lando and Carlos so that was for me a big experience for this race.”

Following issues at Austria with the team radio that almost certainly cost Tsunoda his maiden victory, he and Carlin have changed their approach to communication during the race.

“After I changed from the prime tyre, I got really, really good information from my engineer that most of the drivers were struggling on the prime tyre, so I tried to be calm in the beginning and just push to the end. That works really good. If I don’t have that information, I think it was going to be a different result. But thanks to the engineer and to the team.

“I honestly don’t like much radio talk, to talk a lot with my engineer. Also, that made things difficult in Hungary as well.

How W Series plans to rebound ‘bigger and better’ in 2021