Sutton claims double pole for finale, Scott ahead of Kruger 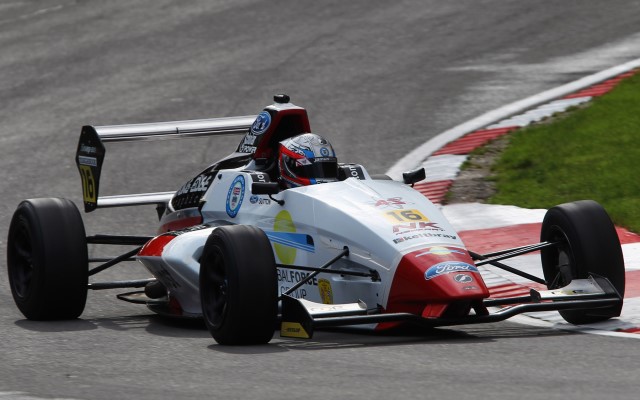 Ashley Sutton has claimed a double pole position at the final Formula Ford round at Brands Hatch, while Harrison Scott will start four places ahead of his rival Jayde Kruger for the two main races.

Scott and Kruger are tied for points coming into the weekend, but while Scott was second quickest to Sutton, Kruger was only sixth. Their respective positions were the same in the second-fastest times that set the grid for race three.

Ricky Collard was third quickest, 1.619 seconds off the pace, followed by Max Marshall and James Abbott. For race three, Abbott will start third ahead of Marshall and Juan Rosso.

Chris Mealin and Clay Mitchell ended up 11th and 13th of the 14 runners after offs at Paddock Hill Bend that triggered red flags.