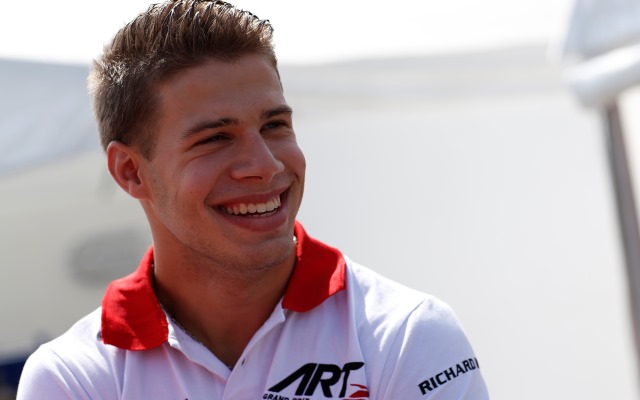 Facu Regalia arrived in GP3 for his first full campaign this year with nothing more than a few F3 Open wins on a resume lasting five years, and was regarded by most as just another well-funded South American. In a highly competitive field crammed with talented and successful drivers, nobody fancied him as a title contender. However, he quickly impressed, winning in Germany and now claiming the championship lead with just four races remaining.

After moving from Argentina to Spain as a child, Regalia started karting at the relatively late age of 14 in the middle of 2006. After early success he joined the FA Racing squad run by Fernando Alonso’s former mentor Marco Genis for 2007. Midway through the year he stepped up from the KF3 category to KF2 and for 2008 he moved into single-seaters.

He contested Formula BMW Europe, racing for the Eurointernational team. He finished the year 16th in the standings out of 29 as the third best rookie, with three top ten finishes and a best result of sixth on the Valencia street circuit. He had some better qualifying performances, including a fourth in Hungary and a second at Monza, but he quickly slipped down the order on both occasions.

For 2009 he joined Josef Kaufmann Racing, who had finished first and second the previous campaign with Esteban Gutierrez and Marco Wittmann. This time he finished eighth in the standings, with his best results being a trio of fourth places at Zandvoort, Silverstone and the Nurburgring. Rookie team-mate Robin Frijns was able to end the year third. 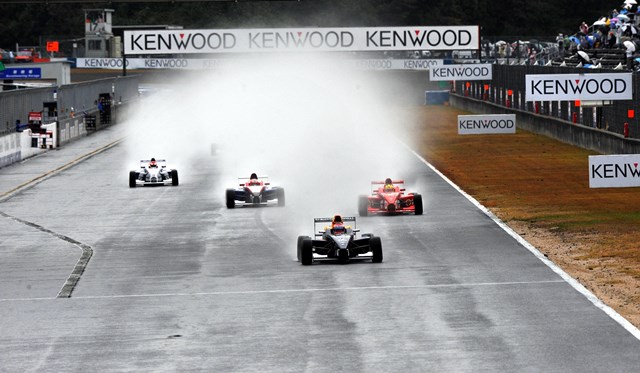 Regalia returned to Eurointernational to contest the final two rounds of the Formula BMW Pacific series. At Okayama in Japan he started on pole position, won and set fastest lap in both races, restricting runaway series champion Rio Haryanto to second place. After topping practice for the single Macau race – ahead of European champion Felipe Nasr, Haryanto and Will Buller – he crashed in qualifying and was then taken out in a first lap that claimed nearly half the 23-car grid.

Regalia remained in Formula BMW for a third year in 2010 but switched to the Eiffeland team whose lead driver in 2009, Jazeman Jaafar, had finished one place behind Regalia. A second place at Zandvoort that was part of a run of eight top seven finishes from eight races meant that Regalia held fourth at the halfway stage behind Jack Harvey, Frijns and Carlos Sainz. In the second half of the year he retired three times and only managed a best result of seventh, seeing him fall to eighth in the standings.

Regalia stepped up to Formula 3 for 2011, contesting the Italian series with the Ghinzani squad. He scored a podium in his fifth race at Imola, but despite a further podium at Vallelunga he spent most of the year rooted in tenth in the points standings. He had qualified on pole at Mugello but retired with a mechanical problem while leading the race.

Over the following winter, Adrian Campos became Regalia’s manager, leading to a dual programme of F3 Open and Auto GP with Campos’ teams. In F3 Open he got better as the season progressed, claiming pole and a second place at Brands Hatch before his maiden win at the Hungaroring. He ended the season winning both races at the Barcelona season finale as he finished fourth in the standings. In Auto GP he managed two podium finishes from the first five weekends, leaving him fifth in the points before he skipped the final two rounds. By way of comparison, Formula Abarth graduate Sergey Sirotkin had six podiums including a win at that stage. 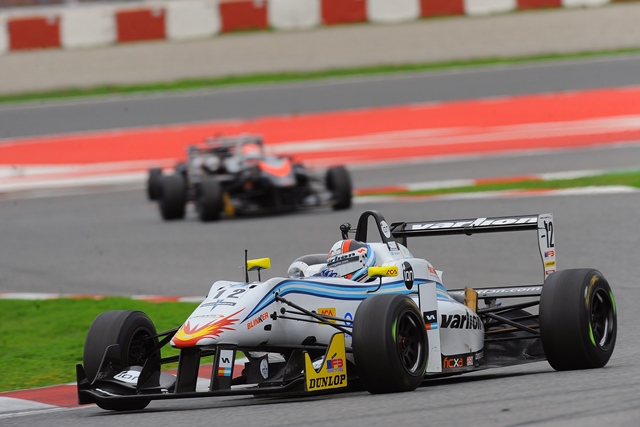 Regalia also contested a pair of GP3 rounds at Silverstone and the Hungaroring with the Jenzer and Atech teams respectively, but was unable to make a significant impression in either.

At the end of the year he did GP2 testing with iSport and Racing Engineering and looked to move into the category for 2013, but ended up signing for a full GP3 campaign instead with top team ART, for whom he had tested at the end of 2011.

He started the year with an unsuccessful return to Barcelona, failing to score any points. Things immediately improved though in Valencia, where he chased team-mate and third-year GP3 driver Conor Daly home to finish second. He scored a further podium at the next round at Silverstone. Then at the Nurburgring he delivered on what he had been threatening to do, and took pole and victory in the first race, moving up into second in the standings behind pre-season favourite Tio Ellinas. A sixth and fourth in Hungary were enough to close to within a point of Ellinas, and a pair of third places at Spa now gives him a 14 point lead in the standings with Monza and Abu Dhabi remaining.

Talent rating: Until this season, Regalia had done nothing to register on our radar as a serious talent, with only a few podiums in Formula BMW and Auto GP and some wins in F3 Open. He’d shown very little against known stars, including the likes of current GP3 rivals Harvey and Sainz. But his slow start in single-seaters could be explained by gaining only a year and a half of racing experience in karting, compared to the ten years that some drivers graduate to cars with. Unless his GP3 form is a fluke – unlikely given his consistent speed in a talented grid – it seems the talent may always have been there but it just took time to pair it with the necessary experience. 8/10

Chances of getting to F1: Regalia’s father Felix owns a sports clothing firm, Varlion, who supplied the now-defunct HRT and this year signed a deal with Force India. Naturally that is likely to open the door for Regalia to have some sort of role at the F1 team. With three series on the go at once in 2012 it seemed he had plenty of budget, although recent statements from his side have suggested he doesn’t – it is possible however that these may just be attempts by the family to pass the cost on to someone else. As an Argentine (and a patriotic one at that), it should be possible to find extra backing for F1 given the fact that the government paid for Jose Maria Lopez to get a USF1 drive that never materialised. But he’ll need to combine any money he’s got with some sort of results in GP2. 8/10 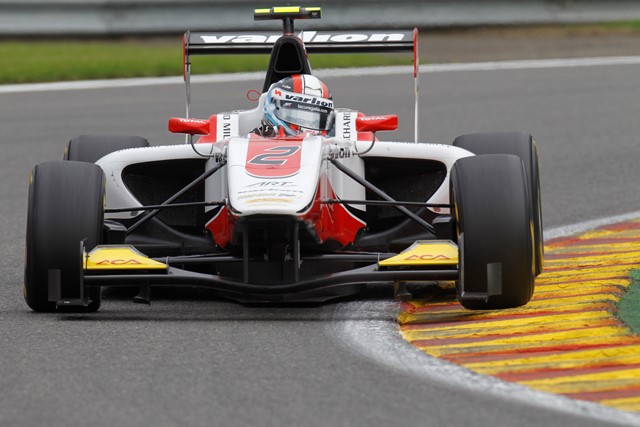