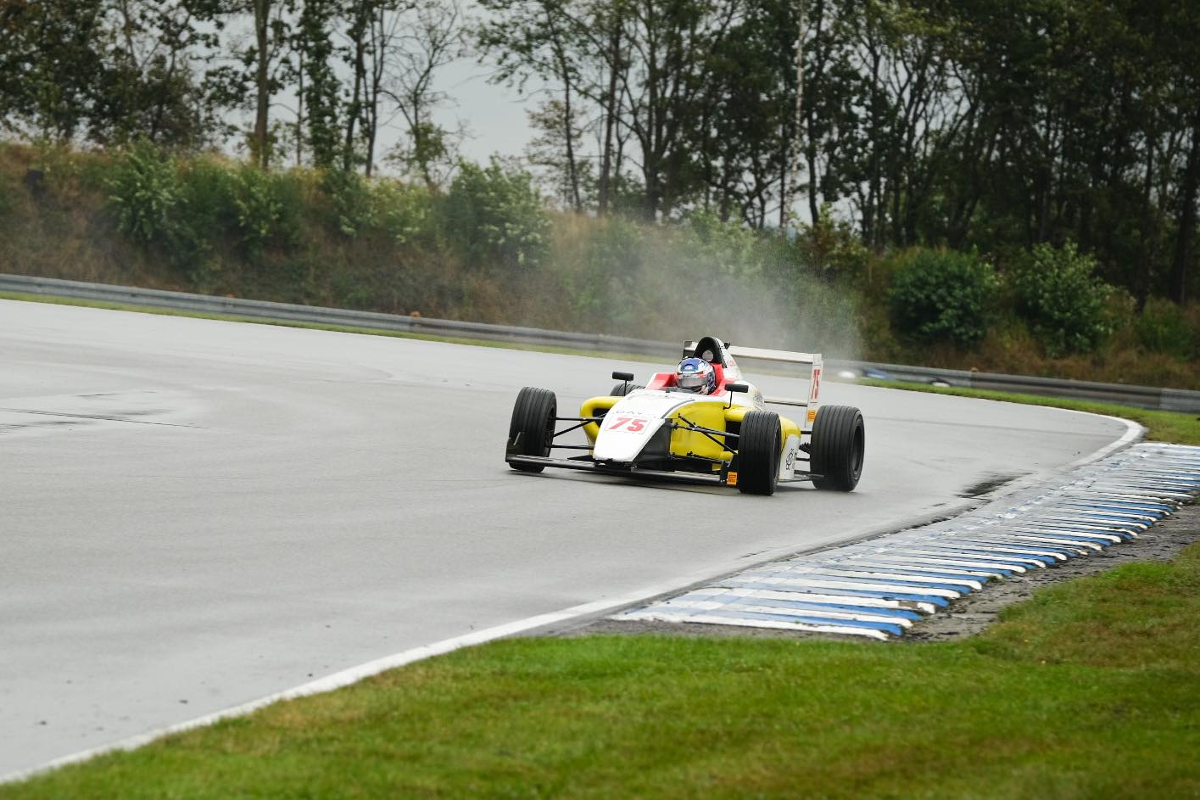 Noah Stromsted moved up to second in the standings with victory in the final Danish Formula 4 race of the season at Jyllandsringen.

The 14-year-old missed the first third of the season, but has been imperious since debuting in summer and has gone unbeaten in his past six races.

While he started from pole for the season finale, he acrually dropped to third at the start behind champion Mads Hoe and his team-mate Mads Riis.

It took half of the race for Stromsted to pass Riis for second, and he then chased down Hoe before passing the Formula 5 runner with two laps to go.

Riis dropped back late on but still held on to third, ahead of Juju Noda and Emmo Fittipaldi. Noda moved back up to sixth in the standings with her result, matching her position from her rookie season in 2020, while Fittipaldi’s fifth place wasn’t enough to stay ahead of Stromsted in the points and means he finishes third in the standings.

They both gained positions on the opening lap as Sebastian Gravlund and Jacob Bjerring got into trouble while they disputed third place and both ended up in retirement. That put the race under an early safety car period, filling the first third of the race and leading to it being shortened by a lap.

Frederik Lund finished a lonely sixth, and Mille Hoe rounded out the F5 podium in a distant seventh. William Wulf failed to start for the second race in a row, means he ends the season seventh in the standings.