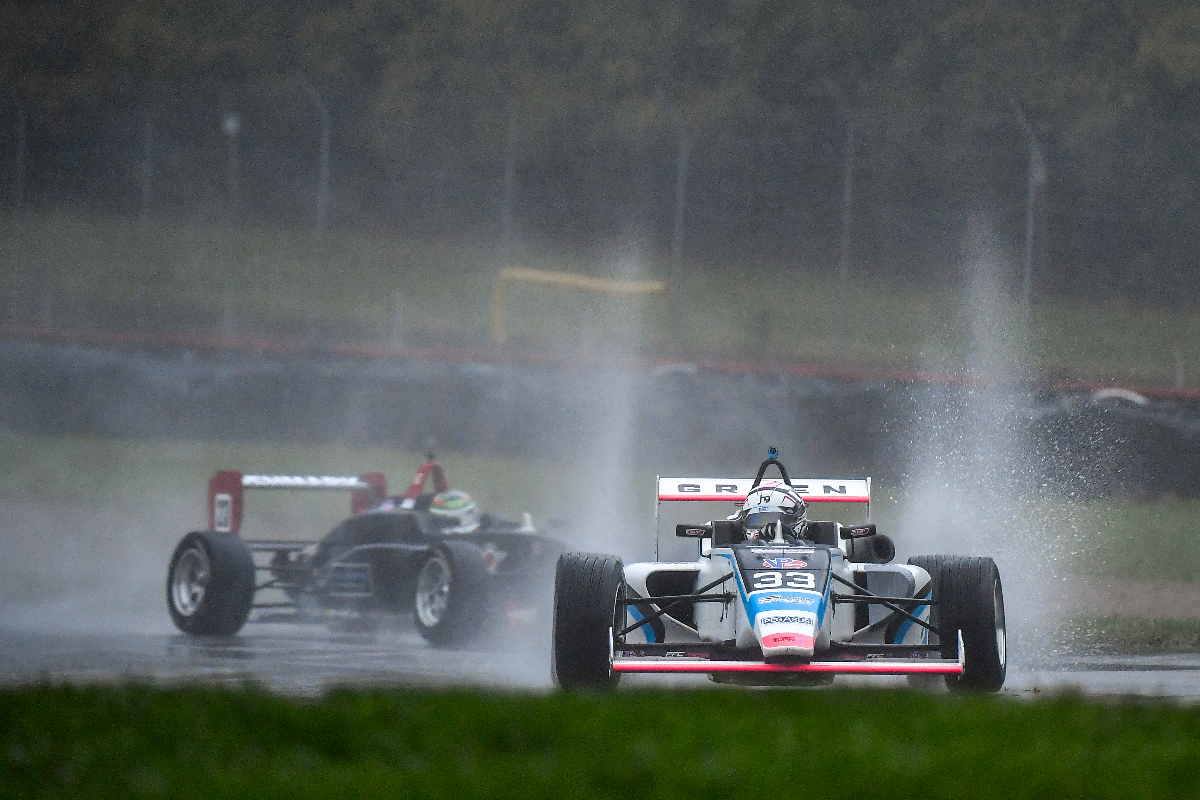 Turn 3 Motorsport’s Josh Green used a brilliant opening lap to go from sixth to first to win the season-ending USF2000 race at Mid-Ohio, which had several caution periods.

There wasn’t much green-flag running at all in the race, which went to a time limit rather than to the 20 scheduled laps.

Due to the poor conditions, the opening lap was under yellow, before a single-file start. It was there where Green made his move, vaulting from sixth up into the lead on the first green flag lap before yellows flags were waved after about four corners of action for three separate incidents.

On lap five the race returned to green, but once again there was an incident at turn two – this time Miller Vinatieri Motorsports’ Kent Vaccaro was beached after contact with Jay Howard Driver Development’s Jackson Lee who was able to continue.

That caused a lengthier caution, and on the restart, DEForce Racing’s Prescott Campbell, running in fourth, broke his front wing.

He opted to continue as Green led DEForce’s Nolan Siegel out front, and there was a whole two full laps of running before the caution flags were waved once more as JHDD’s Bijoy Garg had spun off.

At that point, it became evident that the race would run to time. The final green flag was waved on lap 14, but race one winner Yuven Sundaramoorthy got caught up in a collision between DEForce’s Ely Navarro and Turn 3’s Christian Weir, once again at turn two.

That brought the race to a conclusion, with Green at the top ahead of Siegel, new champion Kiko Porto and poleman Michael d’Orlando at the flag.

Despite losing his front wing, Campbell finished fifth, while Pierson recovered to finish in sixth. Spike Kohlbecker, Thomas Nepve, Billy Frazer (who gained seven spots on the first lap of action) and Andre Castro (who also gained nine spots during the race) rounded out the top 10.