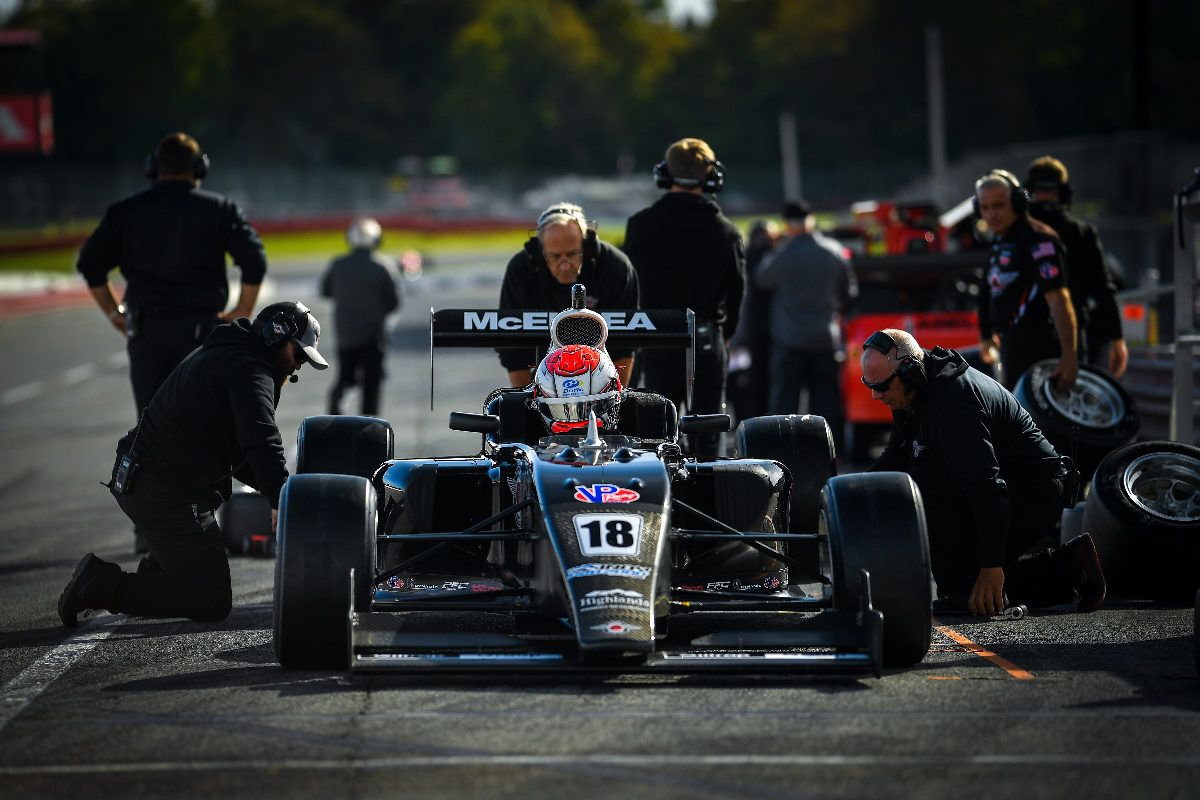 Pabst Racing’s Hunter McElrea took pole for the Indy Pro 2000 finale by a second at a wet Mid-Ohio, as points leader Christian Rasmussen failed to qualify.

All Rasmussen has to do to become champion is take the green flag in the race, such is his points advantage. With rain and cold conditions hitting qualifying though, the Jay Howard Driver Development opted to not risk damaging his car and sat out.

Unlike the preceding USF2000 and Indy Lights qualifying session though, IP2000’s session went without major incident. Given the pace Rasmussen has shown this weekend, he should be allowed to race despite not setting a qualifying lap.

There were a few spins, but the drivers were able to keep it out of the barriers, and the laptimes picked up right at the end of the session.

Initially, it looked like returnee Enaam Ahmed was set to take a surprise pole for Juncos Hollinger Racing, but McElrea put in his best effort right at the end to go considerably quicker than anyone else.

Ahmed will make a welcome appearance on the front row, ahead of Exclusive Autosport trio Artem Petrov, Christian Brooks and Braden Eves, who is the only driver who can deny Rasmussen the title if he fails to start the finale.