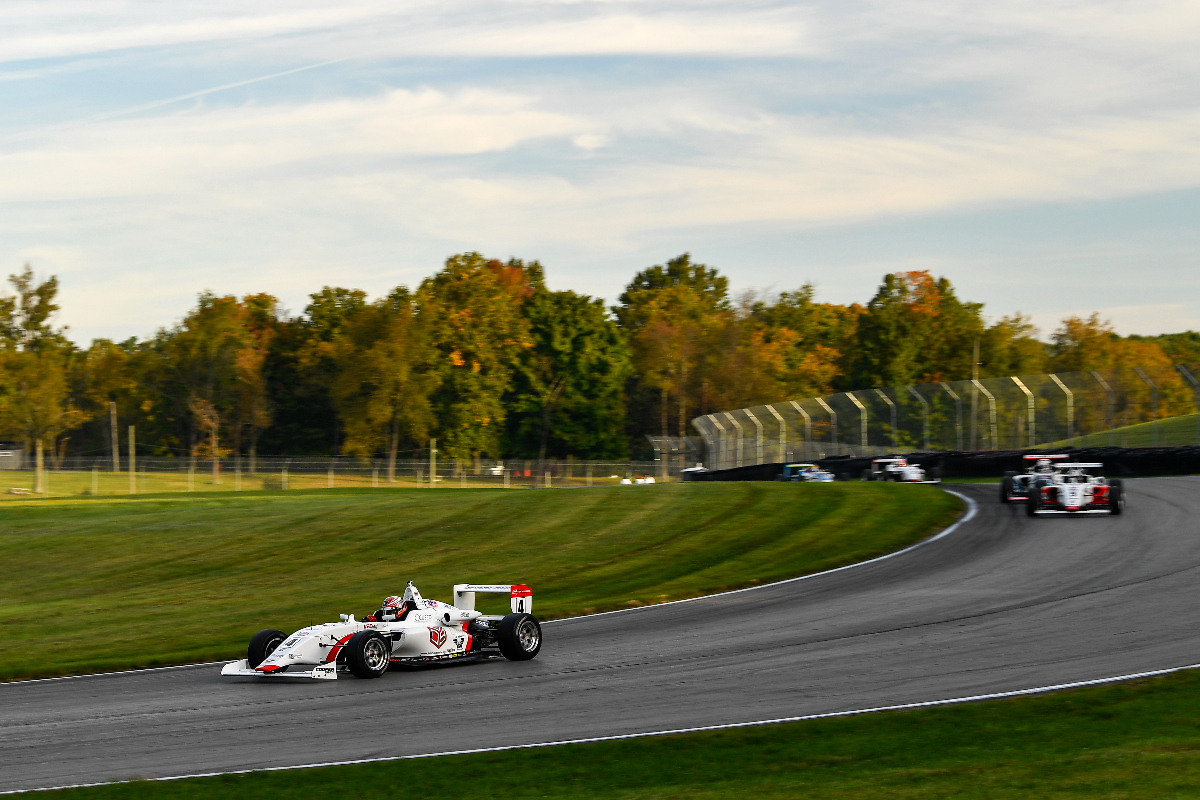 The final USF2000 qualifying session of 2021 was called off after two separate incidents in torrential conditions, handing Michael d’Orlando pole at Mid-Ohio.

Q2, scheduled for 20 minutes in a 30-minute window, got underway in a shower of anticipated rain.

Drivers were experimenting with the traditional racing line and the ‘karting’ line used in the wet, and laptimes were more than half a minute slower than those set in the dry on Saturday.

It was new champion Kiko Porto who went to the top early on, with a 1m55.3999s lap to go to the top, shortly before the red flag came out.

At around the same time, Turn 3’s Christian Weir went into the turn one barriers at speed, and those then required repairs.

With 12 minutes left on the clock, but with only the small window to complete the session, the results were called once it was determined that the barriers could not be repaired in time before Indy Lights qualifying which followed.

However, the officials decided later on to cancel the qualifying entirely after drivers had completed just two laps, meaning the results were set based on the second-best times of Saturday’s qualifying.

This hands d’Orlando pole, ahead of race one winner Yuven Sundaramoorthy and practice pacesetter Jace Denmark.

Green, Josh Pierson, Spike Kohlbecker, Campbell and Myles Rowe round out the top 10 on the grid.