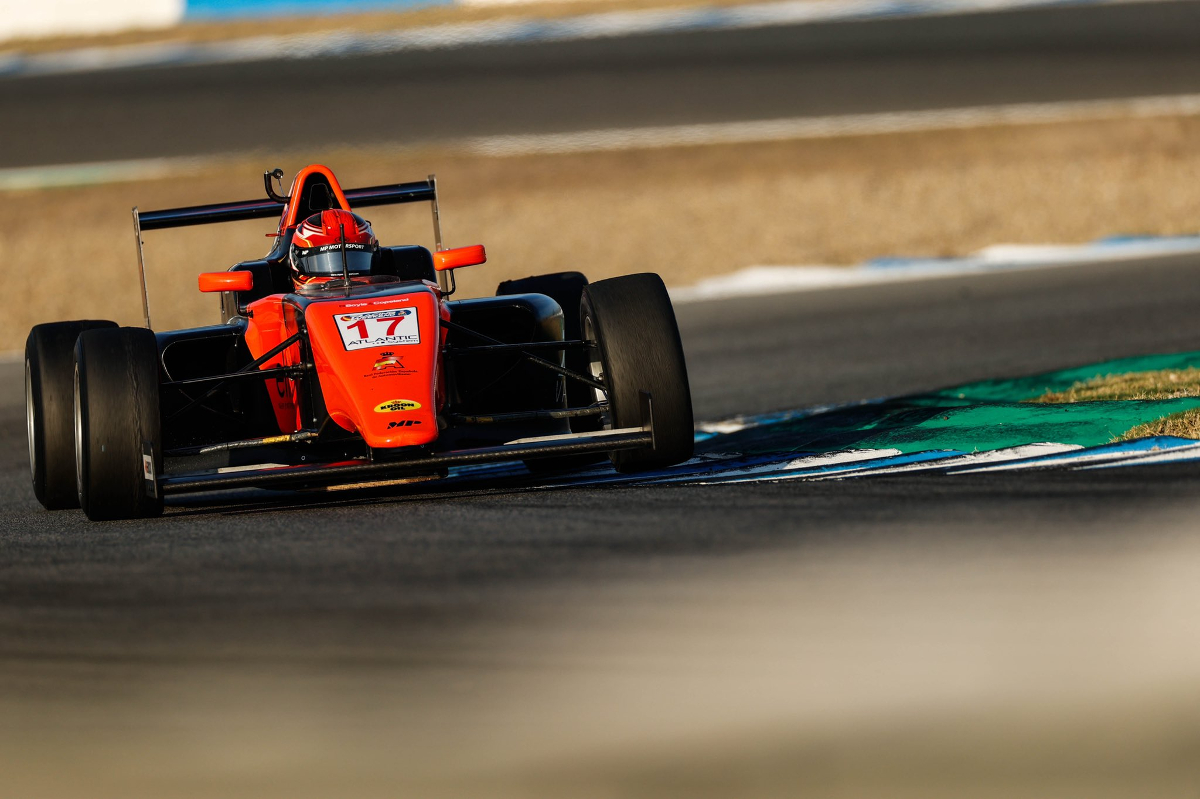 Dilano van’t Hoff took the victory in Spanish Formula 4 race three at Jerez, despite dropping places by running off track early on.

The MP Motorsport driver recovered quickly from his mistake, which moved him down to third, and he ended up claiming his ninth win of the season.

Rain made an appearance at the Andalusian circuit between race two and three, which meant drivers had to start with grooved tyres as the track was still wet.

Poleman van’t Hoff had a slow start, a reccuring feature of his season, and that allowed Bordas, who had had a very good getaway from third, to attack him.

Issues in the first corner made Formula de Campeones’ Daniel Macia drop to the back, while MP’s Rik Koen carved his way through from 11th on the grid to sixth.

The track was very slippery, and that played out against van’t Hoff. The race leader ran wide in the chicane, going into the gravel trap. Luckily for him, he was able to rejoin the track quickly, losing just two places.

The outcome was different in Miron Pingasov’s case. The Russian ran off at the same place, but he got beached and the safety car was then deployed.

Racing resumed with eight minutes plus one lap to go, and battles started to take place throughout the whole field.

As a consequence, there were some spins as well as some cars running wide, but no more safety car interruptions were needed.

Van’t Hoff had already overtaken Marti moments before the safety car came out, and he was determined regain the lead. He pressured Bordas until he was able to pass him around the outside of turn three with three minutes to go.

Behind them, there was also an intense battle for fourth place between Koen, Suleiman Zanfari and Manuel Espirito Santo.

It would be Zanfari who came on top of the three after passing Koen on the last lap.