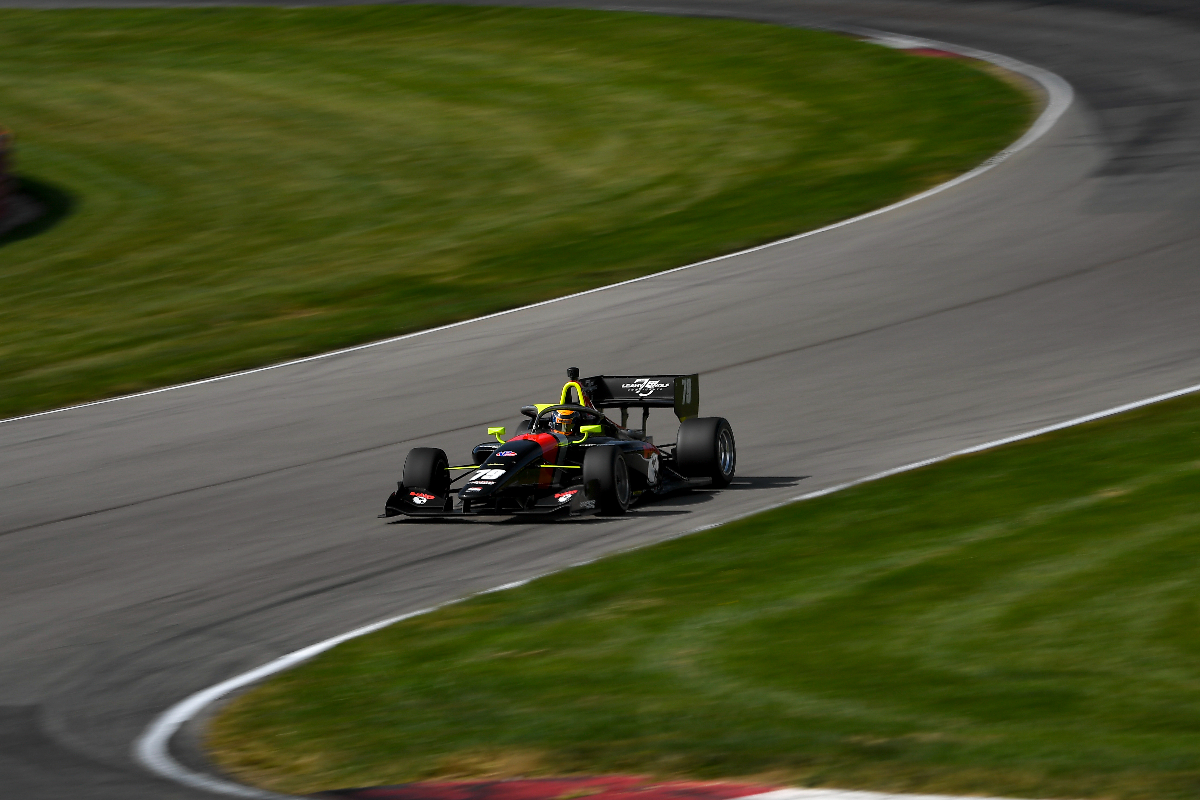 David Malukas took a critical pole in the rain as Kyle Kirkwood crashed and will start fifth for the Indy Lights title decider.

Torrential conditions swept the circuit overnight and the cold track temperatures made conditions exceptionally difficult for the drivers in the 30-minute Sunday qualifying session.

It didn’t take long for the first of four red flag stoppages to occur, as Global Racing Group with HMD Motorsports’ Benjamin Pedersen spun off at turn five.

Qualifying resumed with extra time on the clock to compensate, but it was not long before Carlin with Jay Howard Driver Development’s Christian Bogle also went off.

At that point, the clock started ticking despite the red flags. With 15 minutes to go, qualifying once more resumed and it was GRG’s Linus Lundqvist who initially put in the best effort, some 40 seconds slower than the laptimes set in the dry.

With nine minutes remaining, Andretti Autosport’s Kirkwood went off and broke his front wing. He lost his fastest lap until that point and therefore was sat all the way down in 11th for some time.

He was able to get repaired and get going once more, but drivers only had time to put in one or two more laps before HMD’s Manuel Sulaiman spun off, ending qualifying prematurely.

Malukas emerged on pole, and it meant that his narrow title hopes remain alive. But he still needs a perfect race and for Kirkwood to be dead last to win it.

Lundqvist and Pedersen were just behind Malukas, with Andretti Steinbrenner’s Devlin DeFrancesco the top of the Andretti-run cars in fourth.

Kirkwood recovered to finish fifth, ahead of team-mate Robert Megennis.

Pserra Racing’s Antonio Serravalle and Bogle will be the last of the 12 runners for the finale – the latter not setting a representative time.