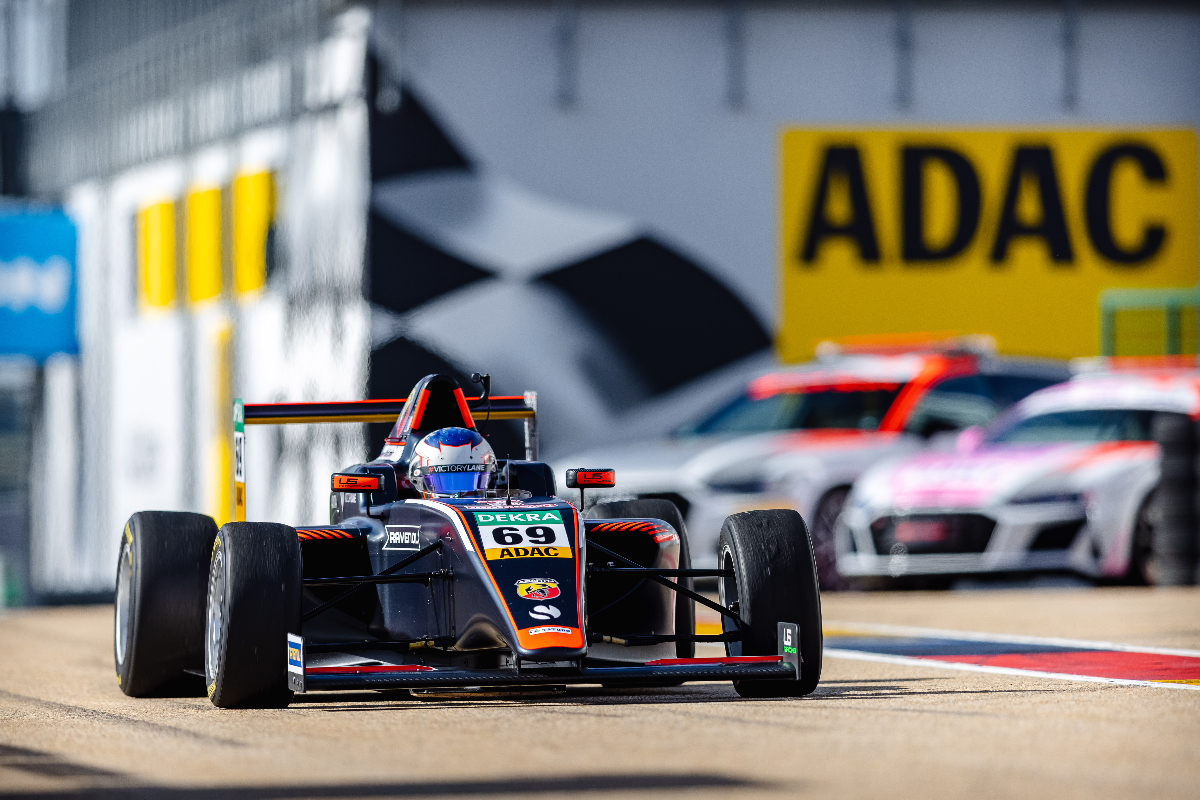 Vladislav Lomko denied Ollie Bearman victory in the final ADAC Formula 4 race of the weekend at the Sachsenring.

It was a hard-fought battle in the final laps of the race, but Lomko held onto the lead to take his first win of the season.

Bearman extended his championship lead though over Tim Tramnitz, who finished fourth.

He was able to hold off the US Racing driver through the first half of the race and the pair pulled away from the chasing pack. Lomko finally found a way through mid-way through, and left Meguetounif to deal with the charging Bearman behind.

Bearman had come up from fifth on the grid after battling with Luke Browning early on. By the time he had climbed up to third, he was about a second behind Meguetounif, but rapidly cut down the gap and found a way past the pole-sitter.

It took longer to close the gap to Lomko but, by the closing stages of the race, the pair were running nose-to-tail. Lomko didn’t put a wheel wrong and Bearman was left with no opportunity to make a move. He had to settle for second, making this the first weekend he hasn’t stood on the top step of the podium.

Tramnitz sent most of the race stuck behind team-mate Browning, who defended well but Tramnitz was finally able to find a way through late on. He quickly closed onto the back of Nikita Bedrin, who was challenging Meguetounif for the final podium position. Bedrin found a way past Meguetounif and Tramnitz followed him through, the pair finishing third and fourth.

Michael Sauter took his best finish of the season in fifth ahead of Meguetounif.

Browning dropped down the order after battling Bernier. The two made contact as Bernier tried to move forward and Browning was sent through the gravel. He was able to continue, finishing sixth, but Bernier suffered a puncture and had to visit the pits.

Bernier did get back on track, but finished ninth, behind Marcus Amand.