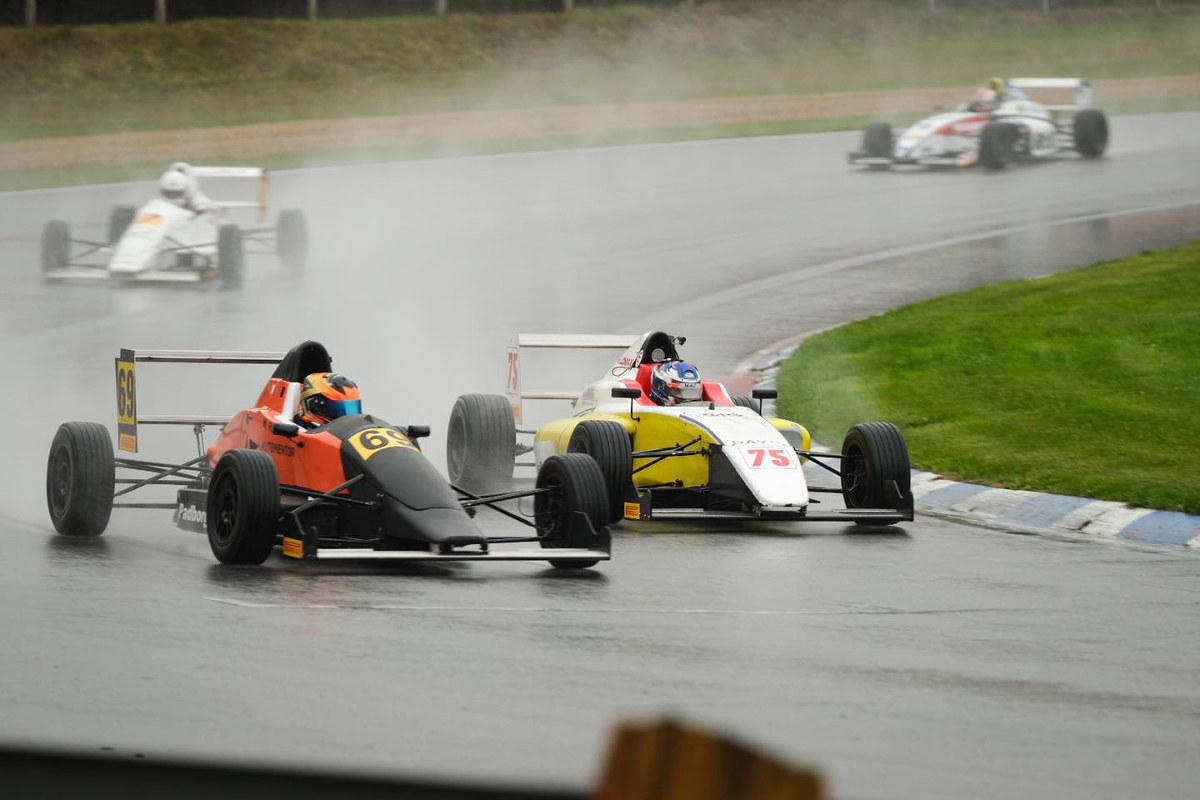 Noah Stromsted claimed a fifth Danish Formula 4 win in a row in a wet second race at Jyllandsringen.

Stromsted’s father Morten started on reversed grid pole, with Noah down in eighth, but it didn’t take long for the form driver to be chasing the lead driver Mads Riis who had started from third on the grid.

The greasy track surface made it difficult for Stromsted to get through, particularly with the spray as well, but he got the move done a third of the way through the race and immediately streaked away.

He finished the 12-lap race with a seven-second advantage over new champion Mads Hoe, who got past fellow Formula 5 runner Riis with a few laps to go.

Sebastian Gravlund finished a distant fourth ahead of Emmo Fittipaldi, who had engine issues compound his qualifying and went on an early charge up the race two order.

Juju Noda was battling with Jacob Bjerring ahead of him until their squabble for position got out of hand and they dropped down the order. Noda fell to 10th, and in the second half of the race had to recover her way back to eighth, behind Bjerring and Hoe’s sister Mille.