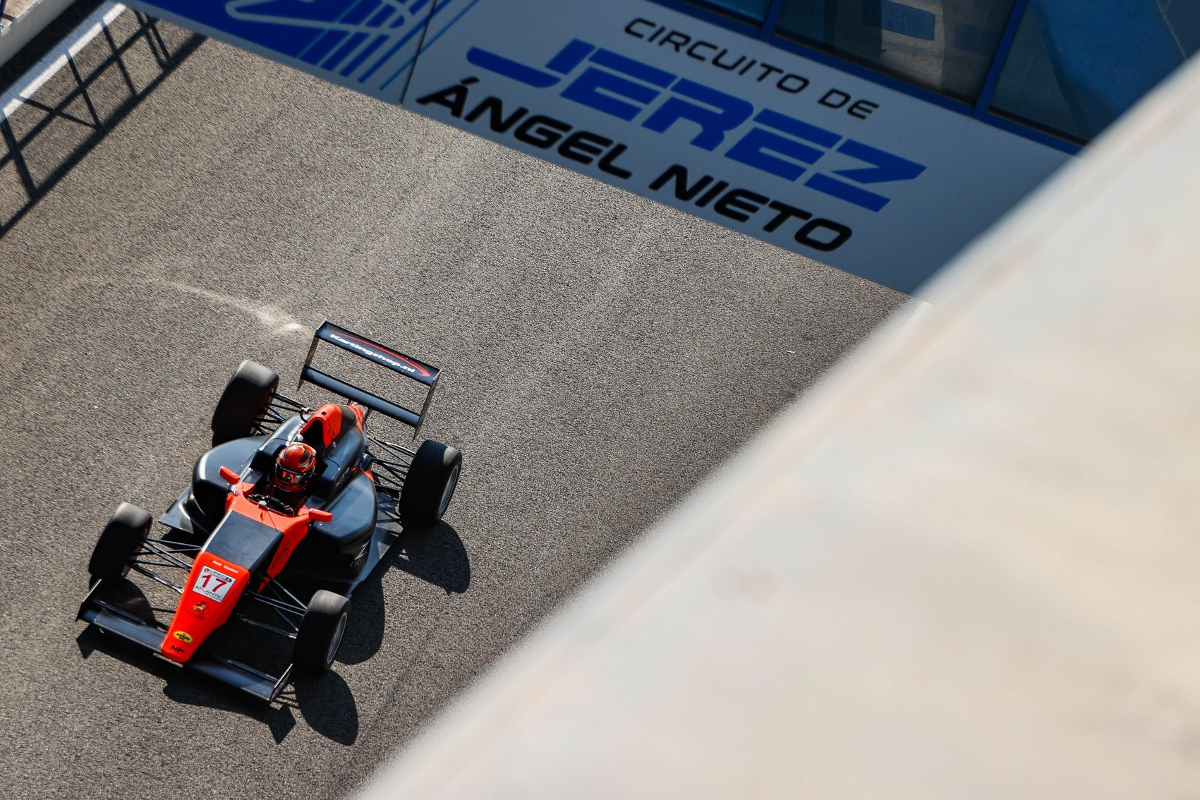 The Dutchman succeeds countryman Kas Haverkort, who also took honours in the championship with MP Motorsport.

This isn’t the only title he has claimed this weekend, as he secured the rookie classification trophy after taking pole for race three this morning.

There weren’t any position changes within the top five runners in the opening laps. Behind them, MP’s Manuel Espirito Santo moved up to sixth from ninth on the grid.

Halfway through the race, a significant incident involving three cars meant the safety car had to be deployed.

Arkhangelskiy, Jenic and Noam Abramczyk came together at turn six, and all three were forced to retire due to damage sustained in the accident.

The race resumed with one minute plus one lap to go, but green flag conditions didn’t last long.

Oliveira attempted a move on Espirito Santo in the inside of turn one, with the pair making contact at the exit of the corner.

This resulted in Espirito Santo’s car stopping on track with its front-right suspension broken.

The race was red-flagged and it wouldn’t be restarted, meaning Van’t Hoff became champion.