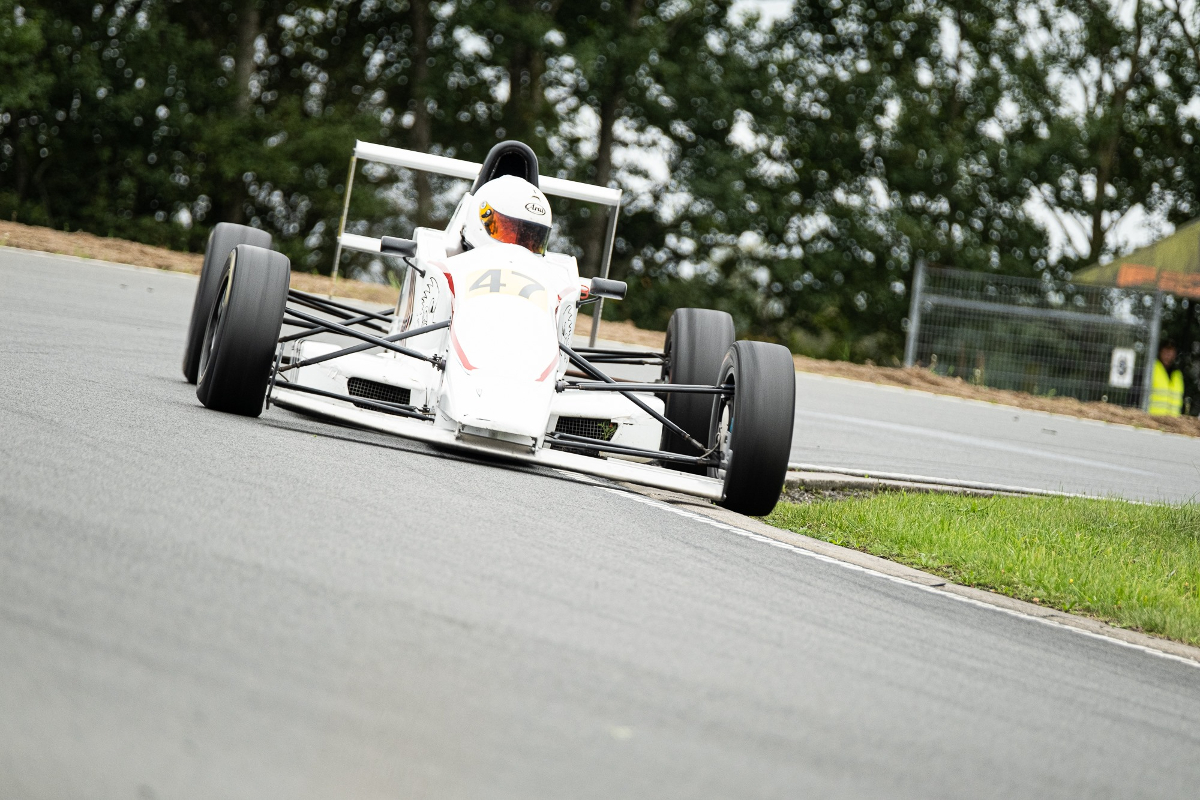 Mads Hoe became Danish Formula 4 champion in his Formula 5 car with fourth place in race one at Jyllandsringen.

The first race of the day was dominated by Team FSP’s rookie Noah Stromsted, who stormed past several cars on the opening lap on a wet track and then pulled away for his seventh win from nine starts.

Poleman Hoe wasn’t only quickly gappped by Stromsted, but was also passed by Team Formula Sport’s Frederik Lund on lap two and then then spent his time defending from Lund’s team-mate Sebastian Gravlund.

Once Gravlund eventually cleared Hoe too, he was already way down on his team-mate and had to settle for third place even though a safety car period brought the field back together.

The six-second advantage Stromsted has built prior to that was quickly solidifed after it, as he finished 8.890s clear.

The battle for fifth was the most chaotic of the race, with Hoe’s team-mate Mads Riis initially leading the way. Line Sonderskov was involved until she fell down the order, then William Wulf departed proceedings by peeling into the pits on lap three.

That left Juju Noda and Emmo Fittipaldi, Hoe’s sole title rival, as the attackers of Riis and it was Noda who finally found a way through on lap eight of 11. Riis then dropped behind fellow F5 runner Jacob Bjerring after that, but Fittipaldi’s attempts to go by failed and he ended up putting himself out of the race.

By being classified a lap back in 12th, Fittipaldi’s pointless result meant Hoe’s advantage was enough for him to unbeatable by the Brazilian across the final two races.

His second place in the standings is now under pressure from Stromsted and his rich run of form.