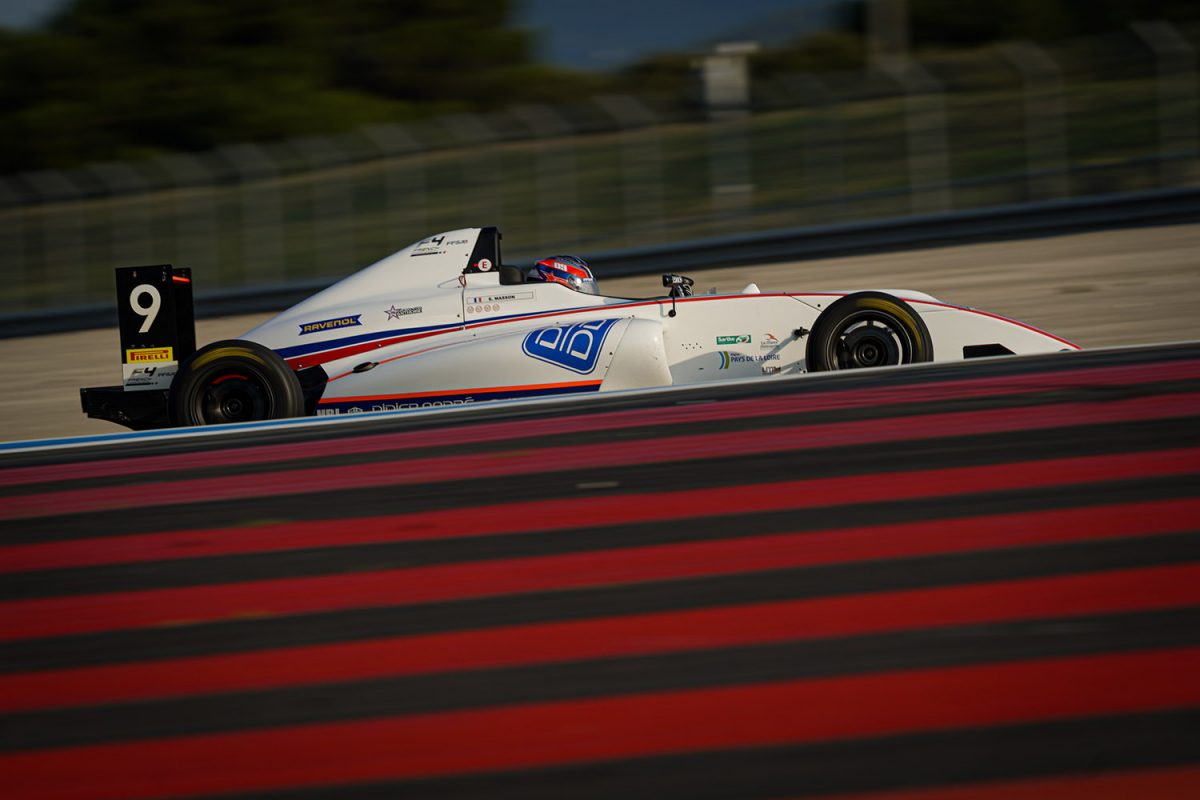 The pair shared the front row, but Giusti lost his second place early on and had to fight to reclaim it from points leader Maceo Capietto.

Once back in second he outpaced Masson to close in on the leader, but the gap between the pair then grew at the end of the 11-lap race as Masson pushed to claim his fifth win.

Capietto looked set for third place until the final lap when Hugh Barter slipped by, meaning Capietto’s championship lead over Masson has been reduced to 11 points with three races to go.

Enzo Geraci passed Dario Cabanelas for eighth late on, while the guesting Louis Pelet rounded out the top 10.

Pierre-Alexandre Provost and Gael Julien damaged each other with an incident at turn seven that led to Julien retiring and Provost going a lap down, while Romain Andiolo finished over a minute behind Masson after copping a drive-through penalty for jumping the start.

Elliott Vayron, the winner of race two, was forced to pit early on and was a lapped 17th as the last finisher.