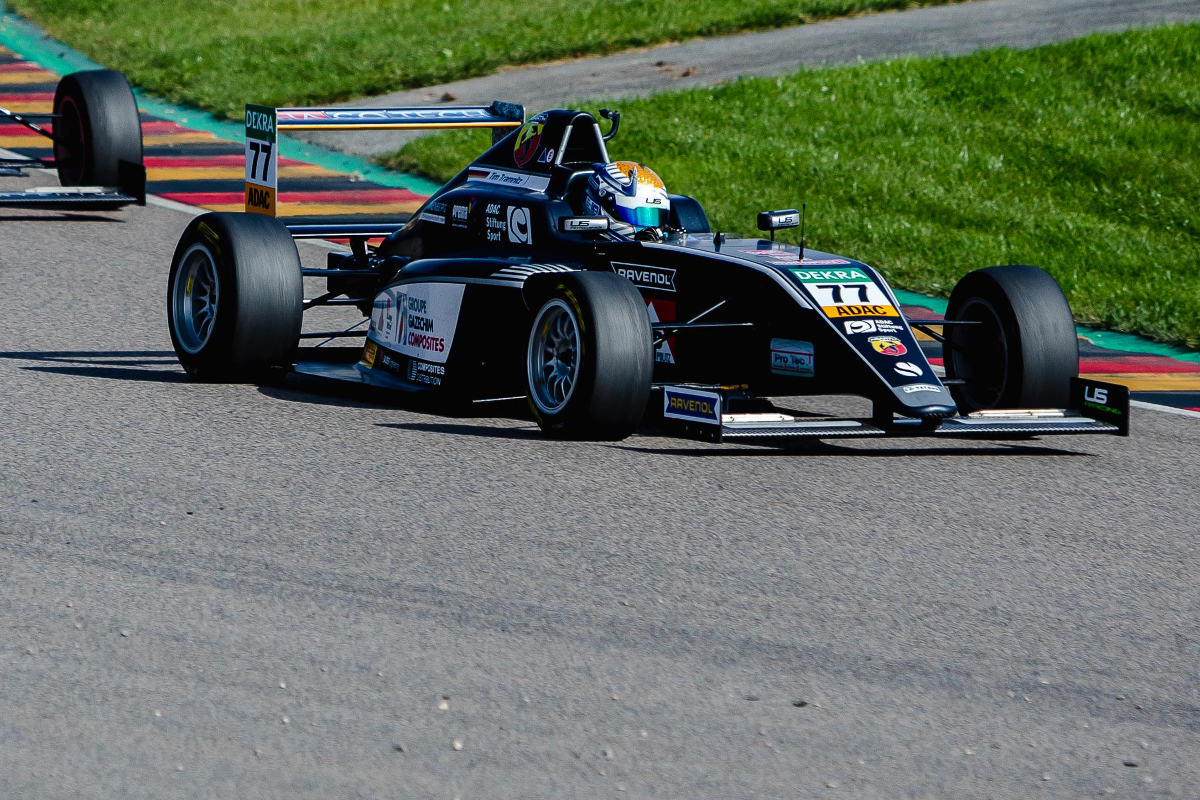 Tim Tramnitz won the second ADAC Formula 4 race of the weekend at the Sachsenring from Luke Browning.

Browning got the better start of the two US Racing drivers and led through the first part of the race, but Tramnitz was able to take advantage of a small mistake to take the lead and the victory.

Victor Bernier completed the podium while Ollie Bearman climbed up to fourth from further down the grid.

Tramnitz and Browning were side-by-side off the line but it was Browning who would edge ahead. Bernier tried to bump Tramnitz down to third but he held position and the three ran nose-to-tail through the race’s first half.

Race one winner Tramnitz made multiple attempts to find a way past Browning but, with Browning on the racing line, there was little he could do.

It was only after a wide moment for Browning allowed Tramnitz to get alongside through the final corners that he was able to make his way into the lead.

Browning stuck with Tramnitz, but had the same problem his team-mate had had in that position. The pair ran nose-to-tail but Browning couldn’t make a move.

Tramnitz was just 0.647s ahead as he took the chequered flag, which was shown at the same time as the last lap board in a strange end to the race.

Further back, championship leader Bearman was climbing up from eighth on the grid after a disappointing qualifying. It was slow progress initially, but he eventually got onto the back of the three-way battle for fourth. He picked his way up through the battle and was closing onto the back of R-ace GP’s Bernier for third when the chequered flag fell.

Nikita Bedrin won the three-way fight for fifth. Vlad Lomko spent most of the race close behind him but Marcus Amand was able to snatch sixth from him late on.

Michael Sauter, who came back after a heavy accident in qualifying and missed the opening race with gearbox damage, was set for an eighth place finish and reversed grid pole, but a wide moment dropped him behind Sami Meguetounif and he ran out of laps before he could reclaim the position.