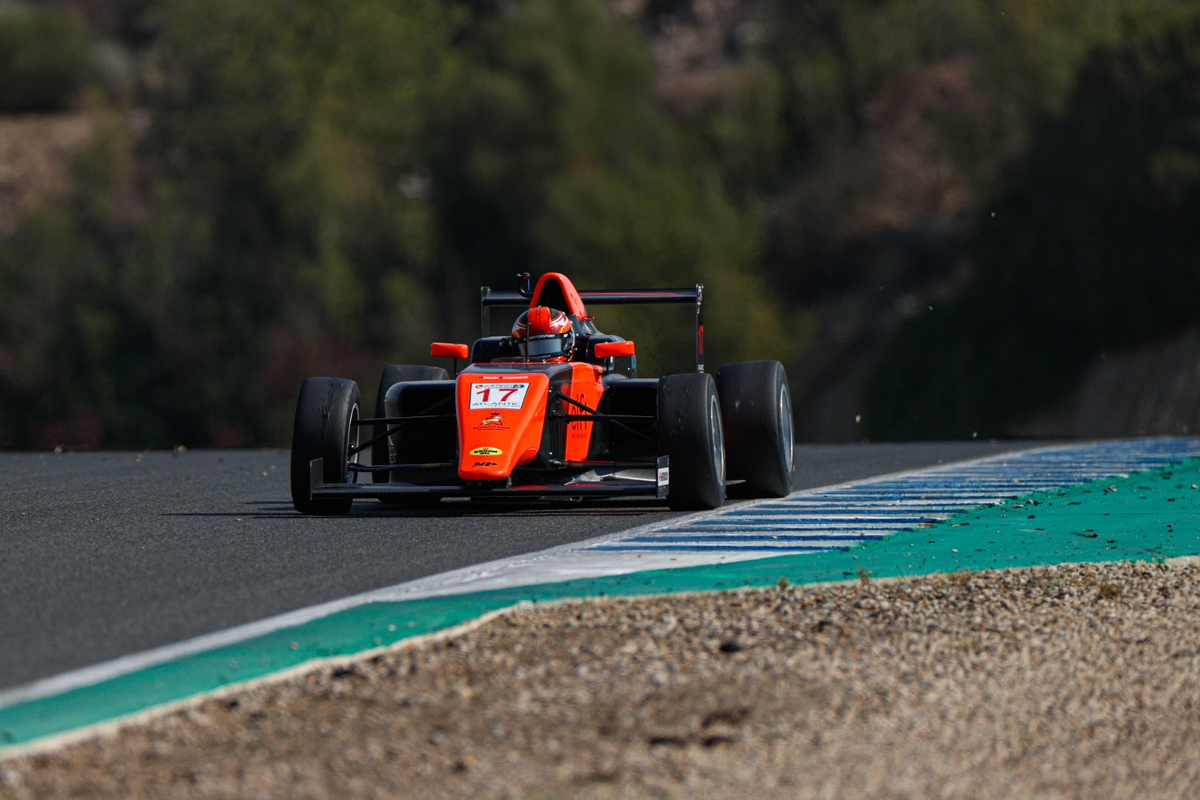 Dilano van’t Hoff claimed yet another pole position in Spanish F4 qualifying two, to make it three poles out of three at Jerez.

The championship leader cleared the rest of the field by three tenths.

Campos Racing’s Pepe Marti will line up alongside for race three, and it will be Formula de Campeones Quique Bordas who starts from third on the grid.

MP Motorsport’s Noah Degnbol was the first one to lead the times in Q2 this morning with a 1m43.850s lap.

That benchmark would soon be lowered to a 1m43.353s, established by Formula de Campeones’ Daniel Macia.

Van’t Hoff would move to the top of the timesheet with five minutes to go, as Ogaard and Marti also surpassed Macia’s laptime.

Two minutes later Marti went fastest, breaking the 1m42s barrier by half a second. Macia, Ogaard and Quique Bordas also made a significant improvementa to place themselves just behind Marti.

However, van’t Hoff would set a 1m42.277s with just under three minutes to go and it was a benchmark that would prove unbeatable.

Bordas improved again in the coming stages of the session, and he moved up to third, just 0.030s off second placed Marti.

Drivex School’s Guilherme Oliveira and MP Motorsport’s Manuel Espirito Santo also broke into the 1m42s in the last minutes. Their laps, which were half a second off pole, were good enough to qualify fourth and fifth for race three.

Conversely Ogaard and Macia, who had been sitting in the top three, couldn’t improve their fastest time as the end of qualifying approached, and they will line up sixth and seventh respectively for the last race of the weekend.

Global Racing Service’s Vladislav Ryabov, who was running at the front yesterday, endured a difficult session, only able to go 15th fastest.