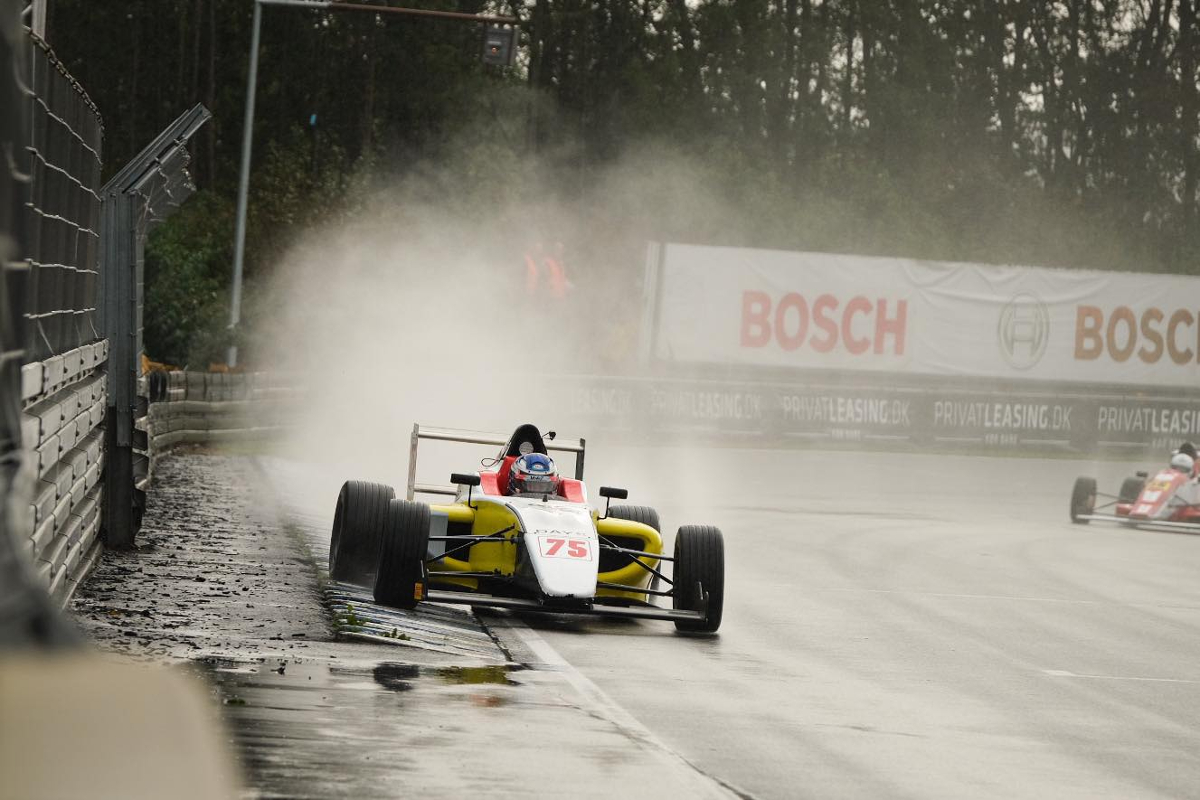 It took a long time for the Team FSP driver to reach the top of the timesheet in qualifying, frequently encountering traffic as he attempted to improve, and the initial benchmark to beat was 1m20.9s set by Mads Hoe Motorsport’s Formula 5 runners Jacob Bjerring and team boss Mads Hoe.

Once the drivers could find grip on a wet track the laptimes did improve, but traffic proved extra troublesome as it was slippy off-line.

Hoe broke unto the 1m17s on his fifth effort, again being trailed by Bjerring, while Stromsted was next bst in the 1m19s.

Eventually he too made it into the 1m17s in his F4 car, while team-mates Emmo Fittipaldi and William Wulf didn’t attack the conditions. Fittipaldi went for exploratory laps, but decided not to complete any of them.

Once Stromsted had caught up, Hoe and Bjerring left him trailing again as they got into the 1m16s, and their team-mate Mads Riis moved into third place on a 1m17.445s.

Going into the final minutes a rhytmn was found by Stromsted, who set a 1m16.657s but that was only good enough for second as Bjerring set a 1m15.330s. His next effort though was a 1m15.127s, just 0.022 seconds faster than Bjerring’s new personal best, and Team Formula Sport’s Sebastian Gravlund jumped up to third with a 1m15.951s.

Stromsted left it late for one more improvement, and it was a huge one as he set a 1m13.736s to take pole by a massive 1.413s from Bjerring.

Gravlund was an impressive third ahead of Hoe, and a further second back was Riis.

Line Sonderskov guided her F5 car to sixth place, just pipping Juju Noda who failed to go any faster after the first half of the session when she was provisionally in fourth place.

Hoe is now all but guaranteed the title, with 12 grid positions between himself and main rival Fittipaldi down in 16th.