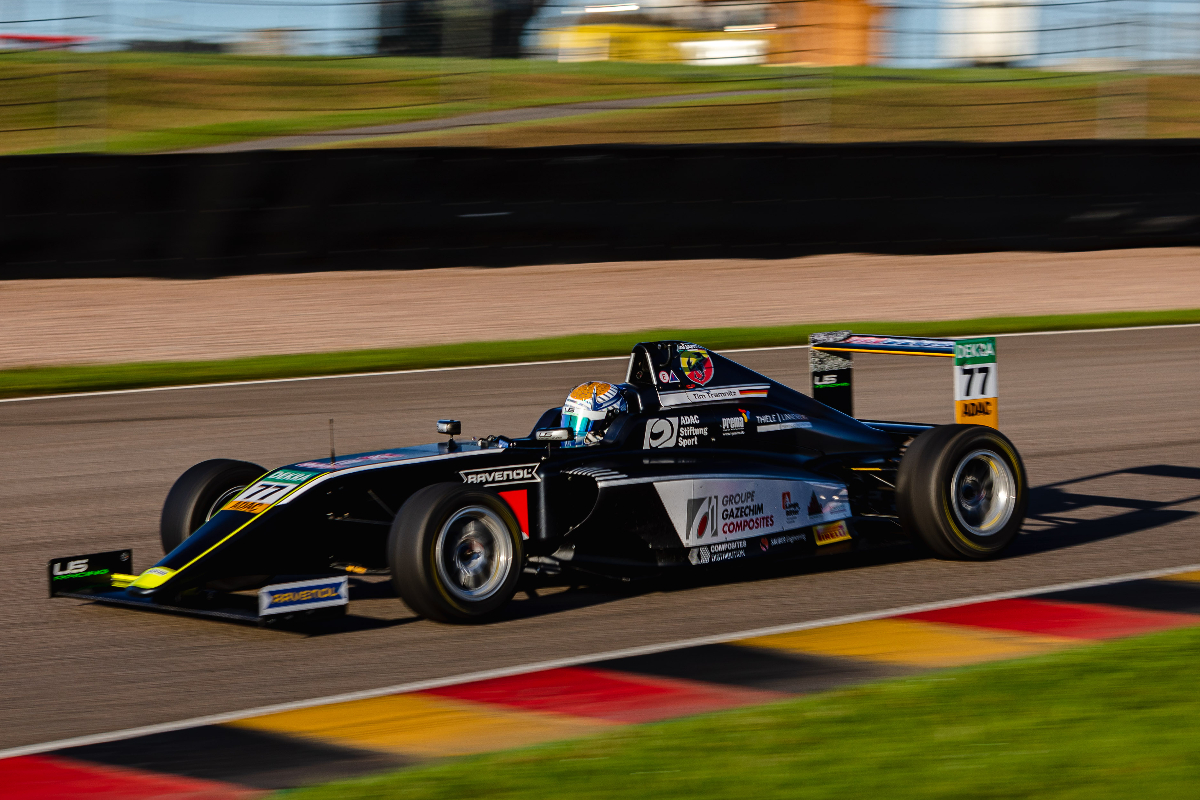 Tim Tramnitz held off Ollie Bearman to win the opening ADAC Formula 4 race of the weekend at the Sachsenring.

It was an eight-car field by the time the race began, after Michael Sauter was forced to sit out the race due to an earlier accident in qualifying damaging his car, and only seven drivers would finish.

Tramnitz started on pole, but fellow front-row man Bearman got the best start. Tramnitz dived across the track to cut Bearman off, making slight contact but retaining the lead.

Bearman came under pressure from Luke Browning, allowing Tramnitz to make a small gap back to the Van Amersfoort Racing driver.

The gap was cut back to nothing when Marcus Amand lost control of his car and spun into the gravel, bringing out the safety car.

Racing resumed with 10 minutes remaining. Tramnitz left it as late as possible before restarting and managed to get the jump on Bearman and Browning behind.

In the closing stages the three closed back up, as puffs of smoke occasionally appeared from the back of Tramnitz’s car. Bearman was unable to take advantage of any issues Tramnitz may have had as Browning made multiple attempts to climb up to second.

By the chequered flag, Tramnitz had just over a second over Bearman, who held off Browning.

Victor Bernier and Nikita Bedrin spent much of the second half of the race battling for position before a wide moment for Bedrin sent him through the gravel. Bedrin came into the pits, though did not stop, and continued to circulate at the back of the pack.

Bernier closed in on the battling Browning and Bearman late on but ran out of laps before he could challenge for position. Vlad Lomko took fifth, ahead of Sami Meguetounif and Bedrin.