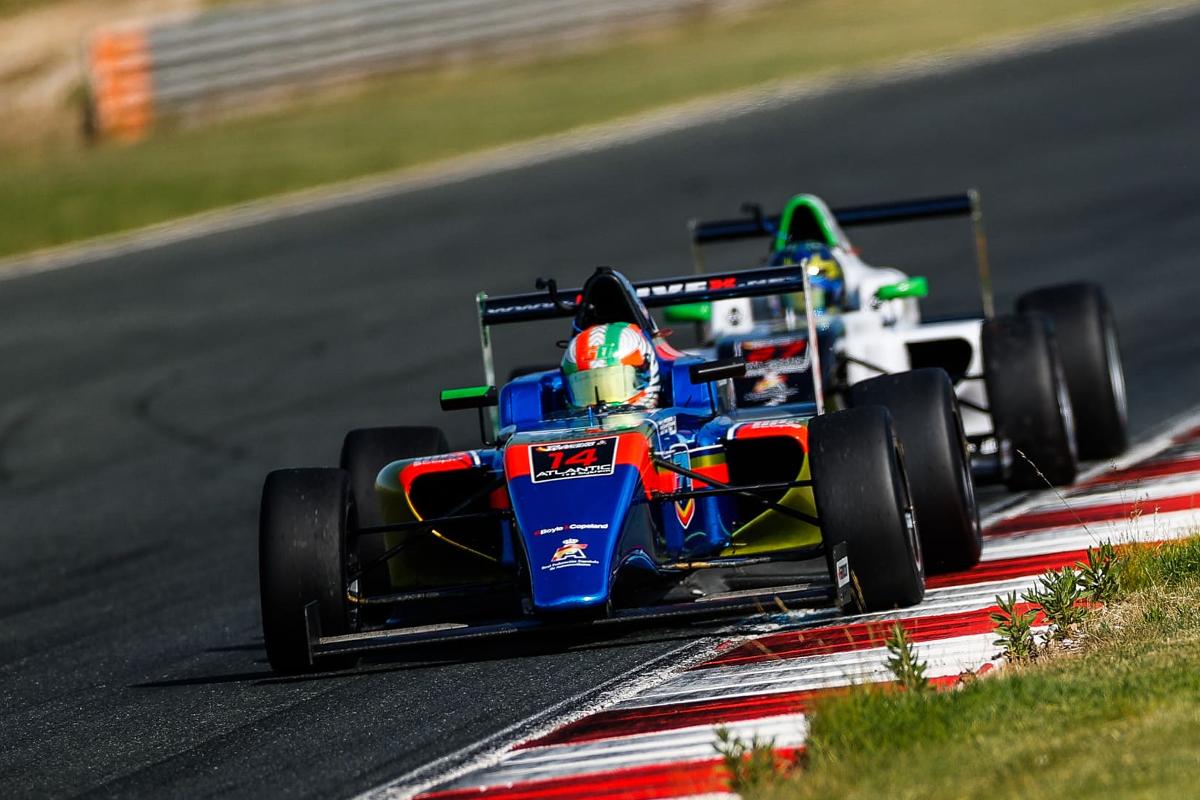 Drivex School’s Guilherme Oliveira was fastest in free practice for Spanish Formula 4’s Jerez round, while Dilano van’t Hoff was caught out by track limits.

Oliveira, driving one of the FA Racing-branded cars, set the pace in the first of the two 40-minute sessions with a 1m42.852s lap.

MP Motorsport’s championship leader van’t Hoff had set the pace early in FP1, disputing first place with team-mate Suleiman Zanfari, but then fell down the order and had an improvement deleted due to track limits so ended the session in 15th place.

They were the same contenders in FP2, although MP’s Emely de Heus was the surprise pacesetter early on.

Rik Koen was the first driver to break into the 1m44s in the session, and then Drivex’s Noam Abramczyck moved the pace into the 1m43s.

He was matched by Oliveira midway through the session, and the latter was then promoted to first place as Abramczyck’s fastest lap was deleted. The same fate occurred for van’t Hoff, who waited late before heading on track but went straight to third place with his third lap and then went to the top by a huge margin with a 1m42.876s lap.

That lap was deleted, as were a few others set later on, again leaving him way out of the top 10 by the time the chequered flag waved.

Marti inherited first place when van’t Hoff’s laps were deleted, and he even he had his personal best taken away but remained in first place ahead of team-mate Sebastian Ogaard, MP’s Georg Kelstrup and Manuel Esperito Santo, Oliveira and the next MP car of Noah Degnbol who were all within two tenths of a second of the pace.

Kelstrup was the top improver, going from ninth to fifth in the combined timesheet, ahead of Esperito Santo (up from eighth) and Degnbol (up from 18th).