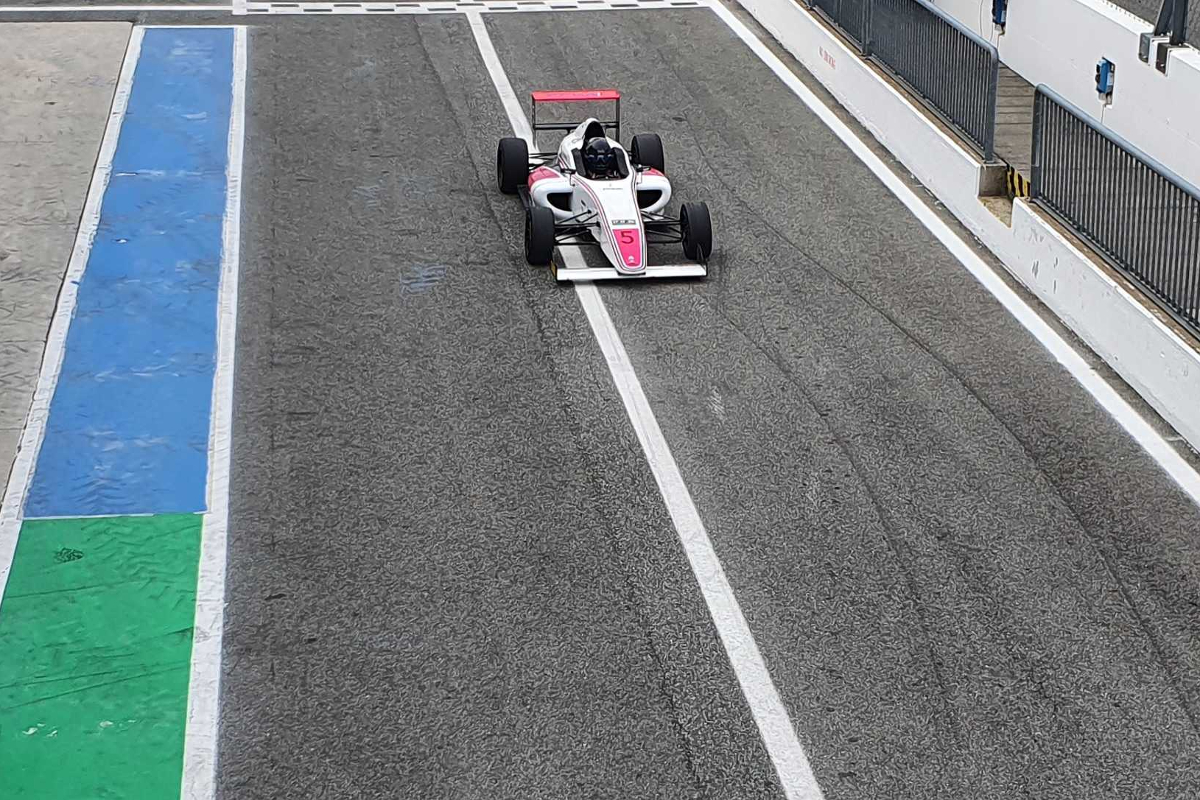 Capietto worked hard to get the lead in the opening laps, something he eventually took from title rival Masson who had started on pole.

Masson managed to get almost a second clear before being reeled back in, with Capietto ending lap five of 11 just 0.047 seconds behind and with a suprerior pace sooning passing him to reclaim first place.

Once he got back ahead he was able to pull away, while Masson fell into the clutches of Ligier who was part of the three-car lead battle after passing early chaser Alessandro Giusti.

Ligier got through into second place with three laps to go, and that then turned Masson’s attention to Hugh Barter just behind. He did have the pace to come back at him though, and on the penultimate lap Ligier dropped to fourth behind Masson and Barter.

Capietto ended up winning by 2.958s ahead of Masson, opening up his championship lead to 16 points, with Ligier just holding off Barter for third place a further second back.

Giusti finished fifth ahead of Gael Julien, while guest driver Elliott Vayron let go of seventh with a lap to go and fell behind Owen Tangavelou and Dario Cabanelas.

An incident involving Pierre-Alexandre Provost and Enzo Geraci early on put them out of points contention as they had to head to the pits, and Noah Andy followed them in a lap later. Louis Pelet was the top debutant in 13th place.